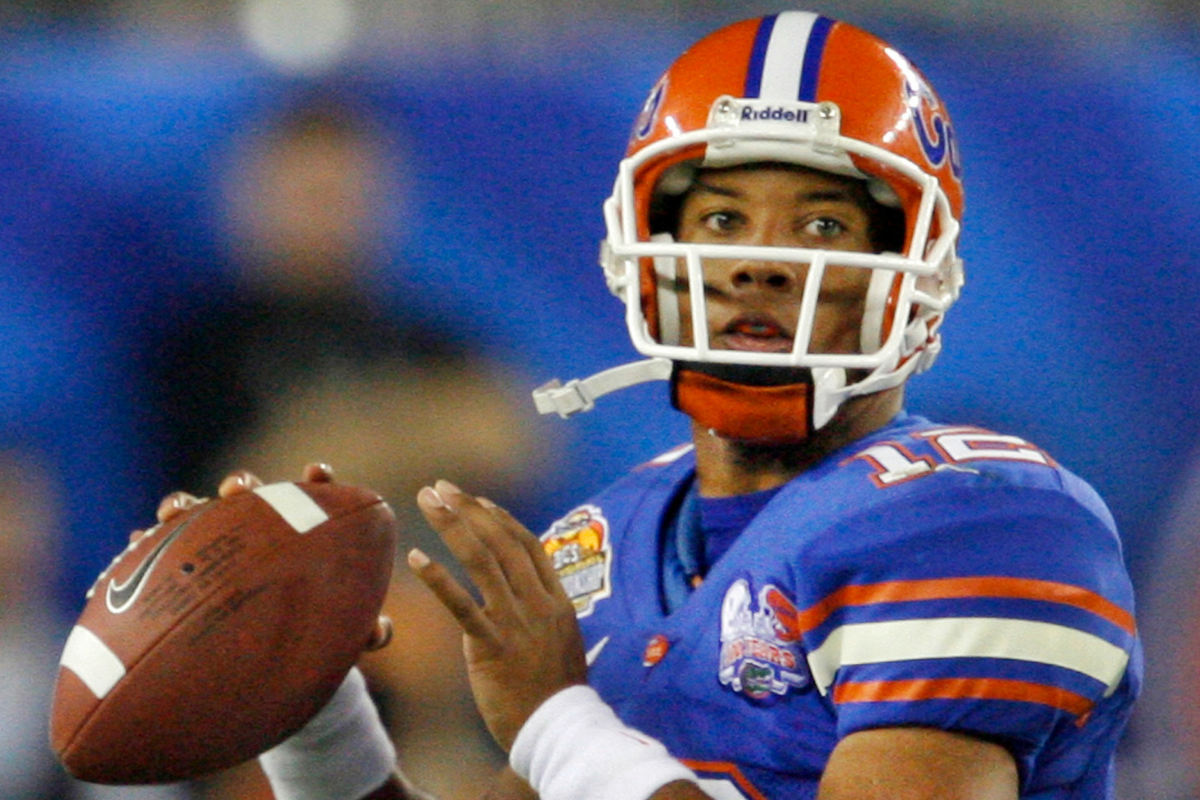 Florida football in the 21st century can be divided into two distinct eras. We have the Before Tebow (B.T.) era and the After Tebow (A.T.) era.

It’s only fitting we base the split on the lord and savior of football himself, Tim Tebow. Tebow is deservedly adored by Gator fans. The guy who ushered in the program’s most beloved figure is Chris Leak.

Leak was the primary starter while Tebow was learning to throw with both feet on the ground. He led the offense to the red zone and Tebow finished the job.

We know what Tebow has been doing since then, but what about Leak? The former Florida Gators QB has been involved in quite a bit of controversy.

RELATED: What Happened to Danny Wuerffel and Where is He Now?

Quarterback Chris Leak was something of a football prodigy growing up. He received his first college football scholarship to Wake Forest when he was in eighth grade, something unheard of back in the late 1990s but is commonplace on ESPN nowadays.

He went to Independence High School in Charlotte, North Carolina, and piloted the Patriots to three consecutive state championships.

A five-star recruit, Leak committed to the University of Florida. He took over the offense five games into his first season on campus. He held onto the role until he split time with Tebow as a senior.

With the firing of head coach Ron Zook and the arrival of Urban Meyer, Leak was tasked with learning a brand new offense. He ran with the challenge in stride, leading UF to wins over Tennessee, Alabama, LSU and Georgia all the way to the SEC Championship in Atlanta.

The Gators beat Arkansas to earn a spot in the 2007 BCS National Championship Game against Ohio State. Florida won handily by a score of 41-14.

Leak went undrafted in the 2007 NFL Draft, but was quickly signed by the Chicago Bears. He was cut early in the season after going through training camp and the preseason. He tried out for the Kansas City Chiefs to no avail in 2008.

After the NFL, Leak moved on to quarterback Team Florida of the All-American Football League. The league dissolved before ever playing a game.

Leak then moved north of the border to play for the Hamilton Tiger-Cats, Montreal Alouettes and Saskatchewan Roughriders of the Canadian Football League (CFL). He saw the most action with the Alouettes.

Leak last played professionally in the Arena Football League (AFL) for the Jacksonville Sharks and Orlando Predators in 2012.

Leak was hired as a quality control coach on Will Muschamp’s Florida staff in 2013. He was promoted to wide receivers coach the next year.

Leak was hired as the head coach of the Edgewater High School football team in 2016. His career as a head coach was short-lived when he was accused of sexual assault by a 16-year-old female student.

The former football player allegedly called her into his office for a massage and paid her and her friends to cover it up. The case was dropped after the victim declined to press charges, according to the Orlando Sentinel. He also lost his teaching license, according to the Palm Beach Post. Leak resigned following the case. His team was 0-5 at the time of his resignation.

“Quarterback coaching is a profession of emotion and adjustments, & being able to read your players both mentally and physically at any point and time in the learning curve to figure out the best information for them to get the most out of their game and time commitment to them,” Leak’s website reads.

Leak had a remarkable career at Florida, but his post-playing career has a large blemish that has stained his reputation.

MORE: Tim Tebow?s Net Worth: How Faith & Football Made Him a Millionaire