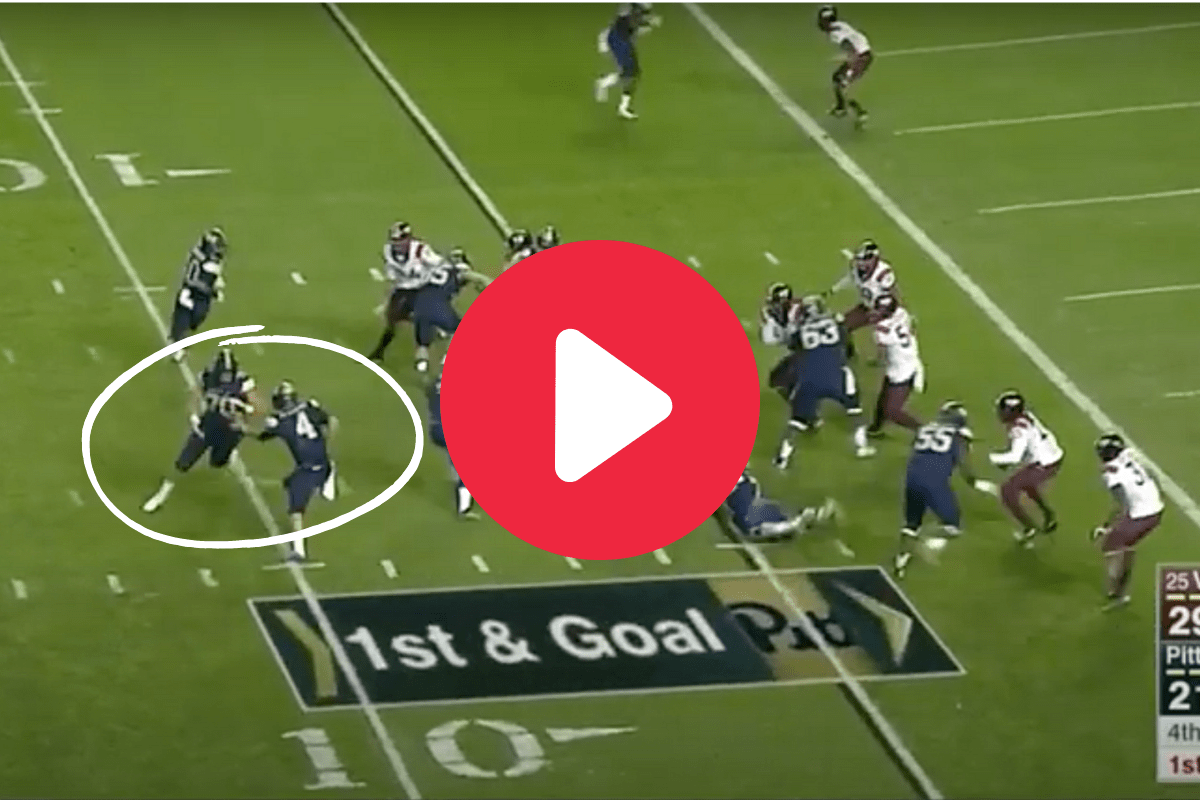 The Pitt Panthers lost to the Virginia Tech Hokies 39-36 back in 2016, but they won the hearts of every college football fan with one play. Yes, they found a way to turn their 300-pound lineman into a running back.

Every college football fan loves a Fat Guy Touchdown, and Pitt delivered against the Hokies. Offensive tackle Brian O’Neill took a handoff and scored a five-yard touchdown for the Panthers.

The 300-pound tackle also scored on a pass earlier in the season against Georgia Tech.

Long live the Fat Guy Touchdown. Get these guys the ball more often!

This post was originally published on October 28, 2016 but a trick play like this can’t stay in the past.