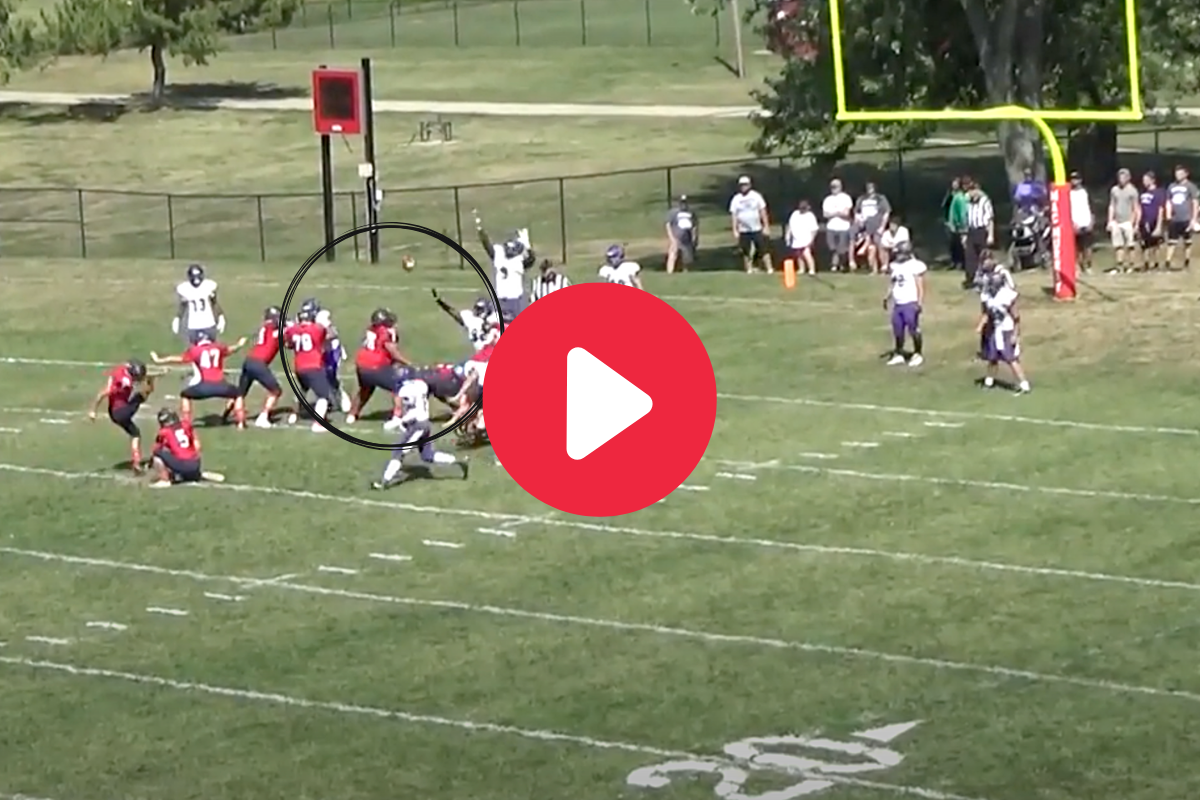 Blocked field goals are rare. Blocked PATs are even more rare. But the blocked PAT caught by the kicking team’s offensive lineman who runs it into the end zone? That’s got to be the rarest of special teams occasions.

The 260-pound offensive lineman Xadrian Wilkins was simply minding his business at the line of scrimmage for Division III MacMurray College in a football game against Rockford University. He didn’t even have anyone to block on a point-after attempt yet wound up being the star of the play.

When a Rockford player leapt high enough to swat away an extra point kick, the ball fell right into the hands of Wilkins. The not-so-fleet-of-foot big man then charged right ahead like a bull in Pamplona.

Absolutely brilliant. Kudos to Wilkins for being heads-up enough to catch and score the ball. He easily could have relaxed when he realized there’s no one for him to block.

Instead, he scored one of the cooler two-point conversions we’ve ever seen.

Get this: it was entirely legal.

Per SB Nation, the rulebook is clear that Wilkins was free to run wild after catching that blocked kick:

The blocking of a scrimmage kick by an opponent of the kicking team who is not more than three yards beyond the neutral zone is considered to have occurred within or behind that zone.”

We’ve seen plenty of offensive lineman touchdowns and scores in the NFL and NCAA. They never get old. Hopefully, this one from the Division III level inspires a team to create some sort of trick play kick that lands in the hands of a 300-pound lineman.