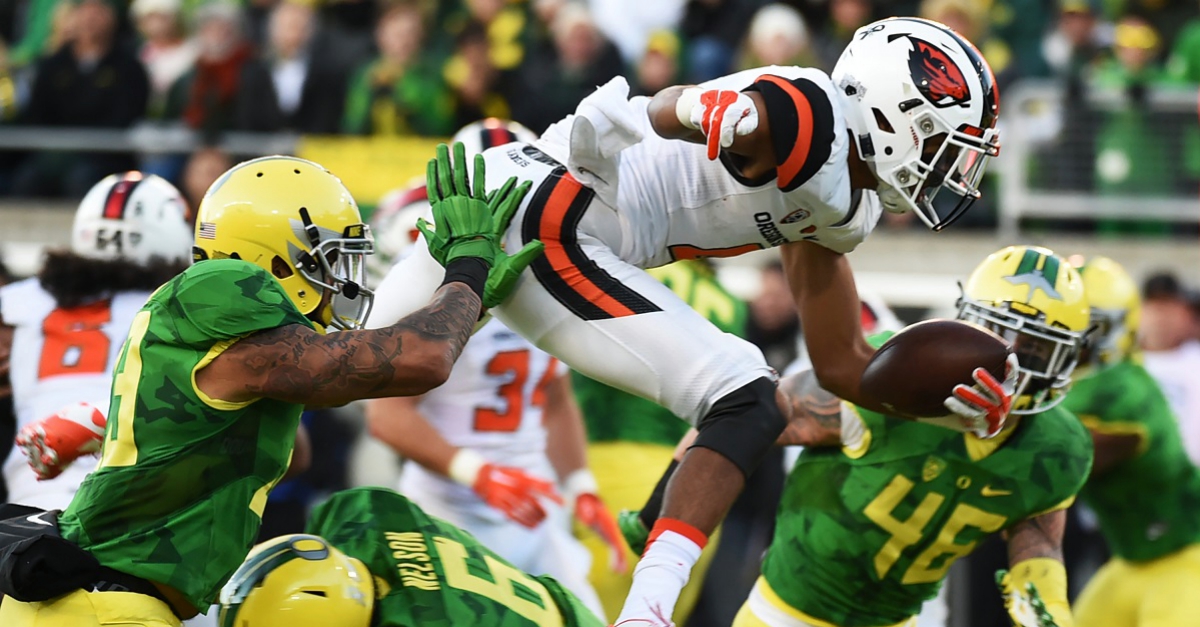 Oregon and Oregon State have agreed to drop the name ?Civil War? for their rivalry games.

The move Friday was made after discussions between officials at both schools and current and former student-athletes. The change also comes amid ongoing protests following the death of George Floyd while in police custody.

?While not intended as reference to the actual Civil War, OSU sports competition should not provide any misconstrued reference to this divisive episode in American history,? Ray said in a statement. ?That we did not act before to change the name was a mistake. We do so now, along with other important actions to advance equal opportunity and justice for all and in recognition that Black Lives Matter.?

In agreement with @uoregon we will no longer use the term ‘Civil War’ in promoting athletic events.

?We must all recognize the power of words and the symbolism associated with the Civil War,? Mullins said in a statement.

Oregon State athletic director Scott Barnes said the schools would collectively reach out to athletes and alumni, as well as the university communities, to consider a new name for the rivalry.

The football series between Oregon and Oregon State has been played 123 times and is the fifth-most contested rivalry in the country. This season’s game is tentatively scheduled for Nov. 28 in Corvallis.

The men’s basketball series between the two teams has been contested 354 times.

MORE: Florida Drops “Gator Bait” Chant, But Why Is It Racist?