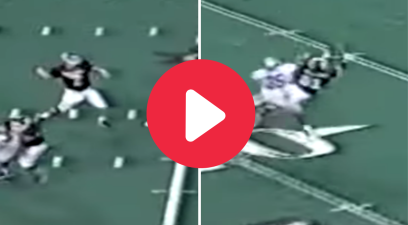 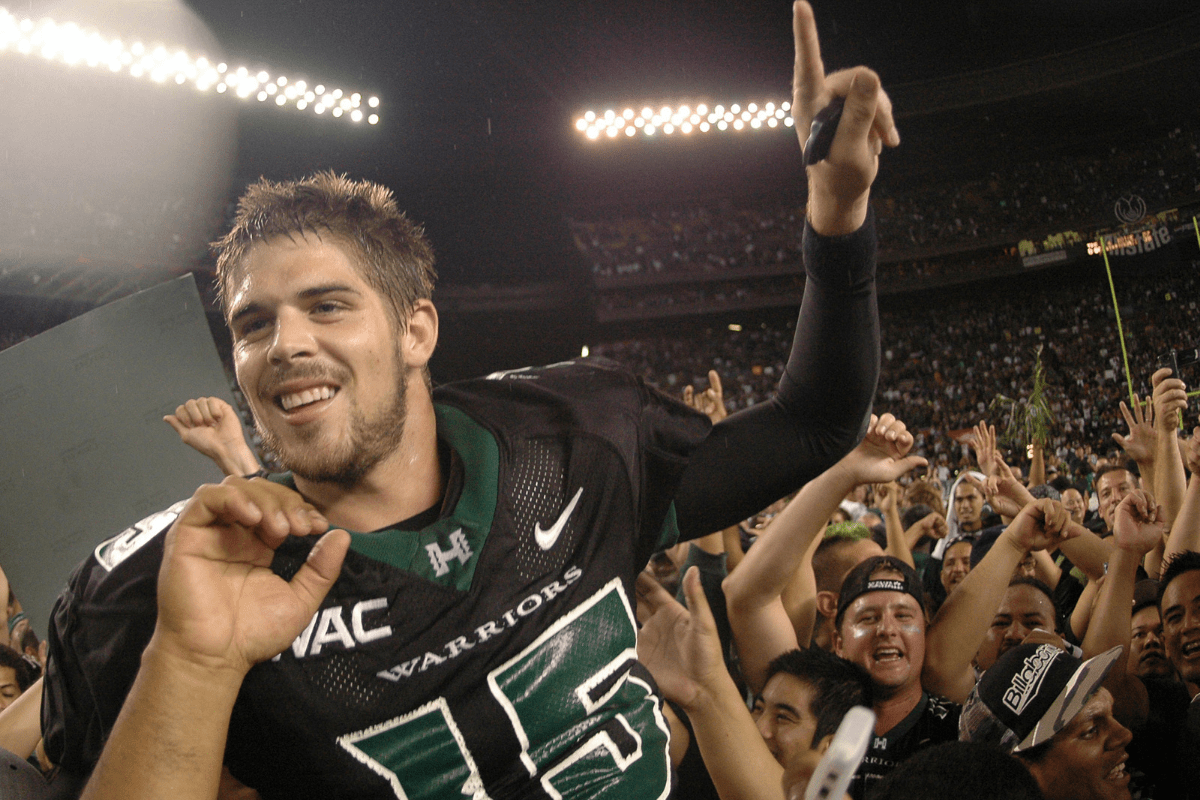 HONOLULU (AP) — Colt Brennan, a star quarterback at the University of Hawaii who finished third in the 2007 Heisman Trophy balloting, died early Tuesday, his father said. He was 37.

Brennan, who has had public struggles with alcohol, died at a hospital in California, his father, Terry Brennan, told The Associated Press.

“He just spent one too many times on the dark side of life, and it caught up with him,” Terry Brennan said of his son.

Former Hawaii QB Colt Brennan has died at the age of 37, his family confirmed to @StephenTsai pic.twitter.com/alTdeO7FRF

Brennan transferred to Hawaii after stints at Colorado and Saddleback College in California. A certain pro prospect, he bypassed the NFL draft in order to play his senior year for Hawaii coach June Jones.

Brennan led the Warriors to its finest season ever, going 12-0 in the regular season.

Georgia ended Hawaii’s hopes for an unblemished record, defeating the Warriors 41-10 in the Sugar Bowl.

He returned, in part, to pay back to a school and a coach that gave him a second chance, and he had no regrets.

“Hawaii has inspired me to do a lot of great things,” he told The Associated Press in 2007.

RELATED: What Happened to Vinny Testaverde and Where is He Now?

Brennan was drafted by Washington in the sixth round of the NFL draft in 2008, but he never played a regular season game in two seasons.

Brennan had been living at an addiction treatment center in Costa Mesa, California. His father said he took him to a hospital emergency room on Sunday because his son had been drinking. “I could tell he was not well and needed help,” Terry Brennan said.

But the detox facility was full, so without his family realizing it, Colt Brennan was released. He was unconscious when he was taken back to the hospital, where he later died, his father said.

He was surrounded by family members when he died.

“His sisters made sure he had the Bob Marley music going by his side,” Terry Brennan said of the reggae his son was fond of from his time in Hawaii. “They had a lei around his chest.”