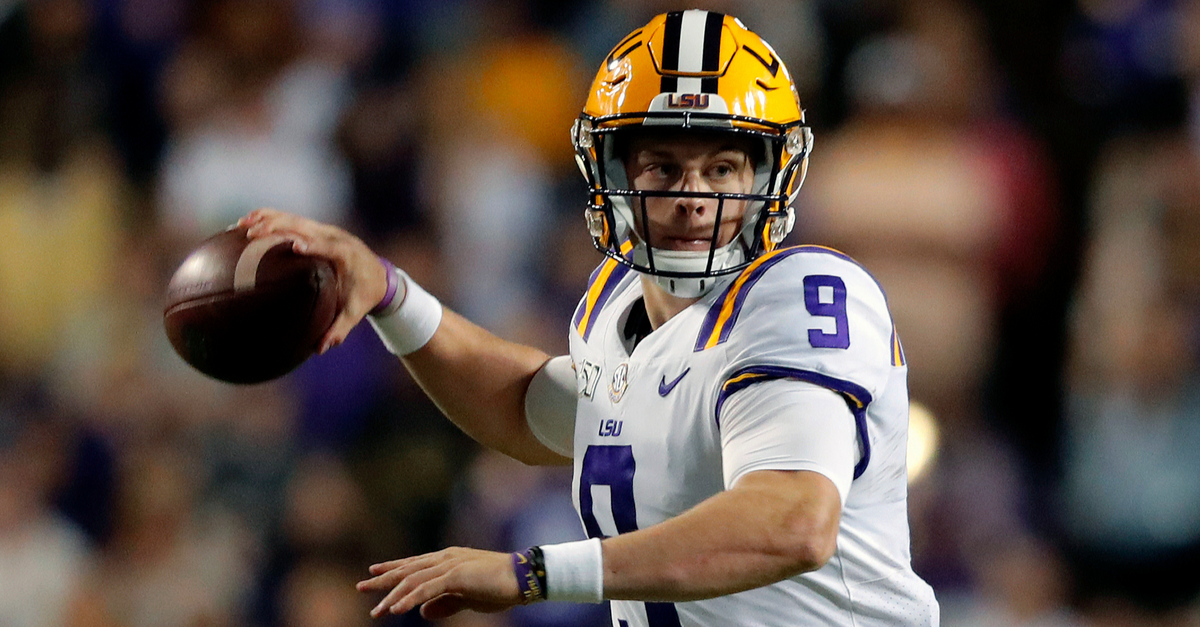 LSU quarterback Joe Burrow, who is on a record-breaking pace during the first half of the season, and Wisconsin running back Jonathan Taylor highlight The Associated Press midseason All-America team released Tuesday.

No. 2 LSU, No. 6 Wisconsin and No. 12 Oregon each placed three players on the first team, tying for the most of any school on the team presented by Regions Bank.

Burrow, whose 79.6% completion rate would be an NCAA record if he can keep it up, is joined on the first team by Tigers defensive backs Grant Delpit and freshman Derek Stingley.

Taylor, who leads the nation with 18 touchdowns, is joined by Badgers center Tyler Biadasz and linebacker Zack Baun. Oregon has two first-team offensive lineman in tackle Penei Sewell and guard Shane Lemieux, plus tight end Jacob Breeland, who was lost for the season to an injury in his last game.

No. 4 Ohio State placed a total of five players on the first and second teams, most of any school. Buckeyes defensive end Chase Young and cornerback Jeff Okudah were first-team selections. No. 1 Alabama had four overall selections, including quarterback Tua Tagovailoa on the second team.

READ MORE: Dabo Swinney Ripped Clemson’s Kicker, Then Got Destroyed for It