Aside from Alabama and Georgia swapping spots, the top five teams in this week's AP Top 25 Poll remained the same. But once again, every other pick beyond that saw quite a bit of change as seven Top 25 teams lost in their Week 5 matchups.

While some lost to other ranked opponents, others fell to the dreaded word "upset". But with seven teams out, that means this week's rankings welcomed in seven new teams. See who made the jump and who is on the decline in this week's poll. 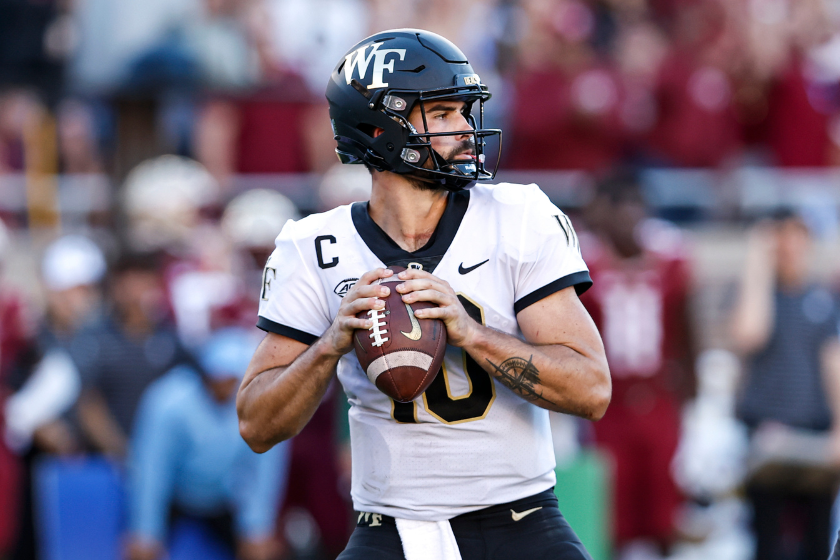 RELATED: Ole Miss and Lane Kiffin Hang On to Upset the Kentucky Wildcats at Home in Oxford

A week ago, Wake Forest lost a heartbreaker to Clemson but bounced back with a huge win over previously ranked and undefeated Florida State.

Not only is their passing game on point, but the Rebels also have one of the best rushing attacks in the country -- and it was on display as they took down Kentucky. 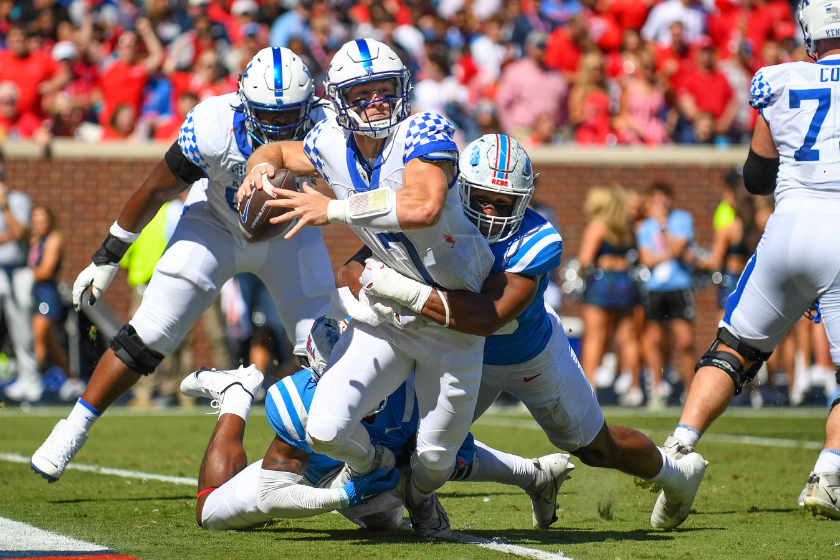 Their loss to Ole Miss was their first on the season, but the Wildcats will have plenty of games to get back into SEC title and playoff contention.

No. 21 Washington Huskies (Down 6 Spots)

The Huskies have some big wins but suffered their first loss of the season on Friday night to UCLA; still, don't count the Huskies out after one game. 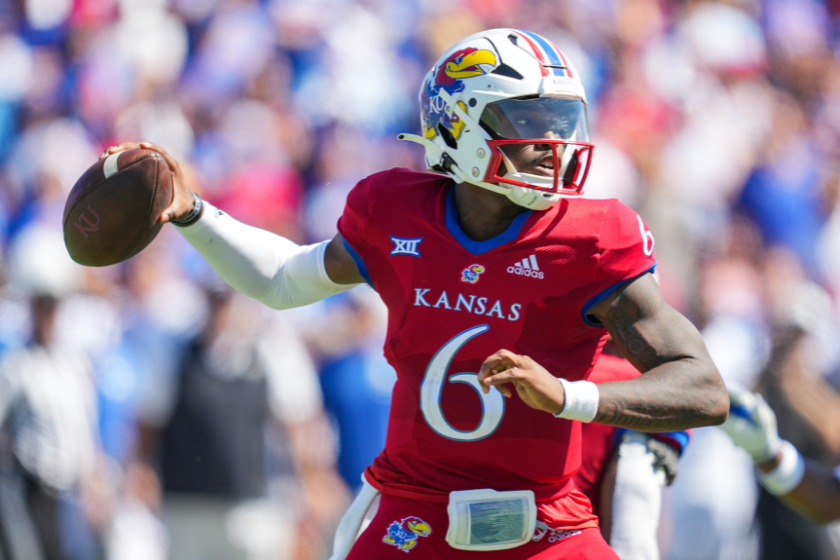 The Horned Frogs are surprisingly undefeated and, following their blowout win over Oklahoma, make their 2022 debut in the AP Top 25 Poll.

After knocking off previously undefeated Washington, the Bruins also made their debut in the rankings and have made the PAC-12 a little more interesting.

A recurring trend continues as an undefeated team makes its debut in the Top 25 -- but for this one, the only thing you can say is, "It's about damn time!"

Just like the previous three newbies, the Orange made their debut and are also undefeated, but they are probably the more surprising team out of the four to have zero losses.

The Bulldogs had a statement win over the Aggies, and while it is still weeks away, the Egg Bowl looks a whole lot more interesting at this point of the season.

Last year's Cinderella story is back in the AP Top 25 and has its eyes set on a third straight New Year's Six bowl.

Surprisingly, the Tigers get the final spot in this week's rankings, and that's pretty much where I am with that one.

Dropped out of the Top 25 Poll 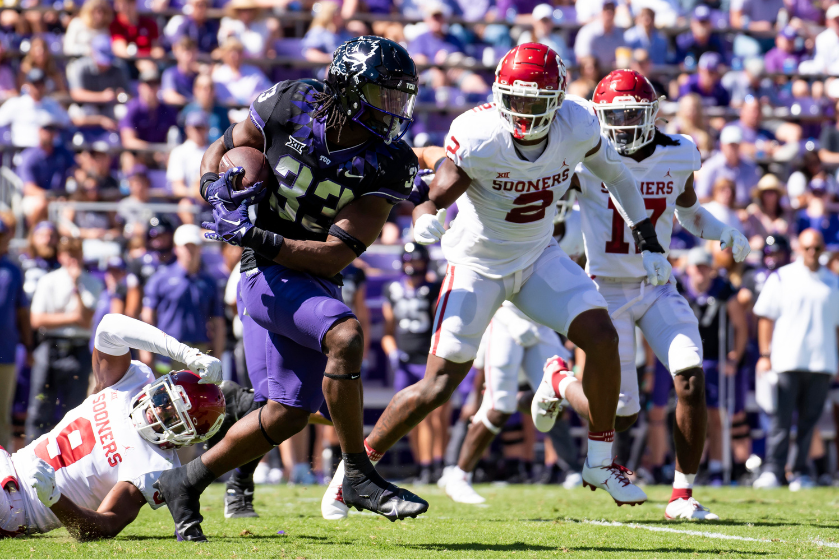 The Bears' second loss of the season has them exiting this week's rankings -- but with their schedule, we could be seeing them soon.

This is the most overrated and underachieving program, and it continues to show. Coach Jimbo Fisher's seat needs to start heating up.

Two straight losses and the Sooner Nation is running rampant, as this program is falling fast.

The Razorbacks fought back hard, but a second straight loss has them outside the Top 25 and looking in.

Still the top team in the Big Ten West, but their first loss was big enough to drop them from the Top 25.

The Seminoles will be back in the rankings as long as they do not allow this loss to begin a downward spiral.

The Panthers aren't the same team as last year, and that was on full display in their upset loss to Georgia Tech.

What to Watch for in Week 5 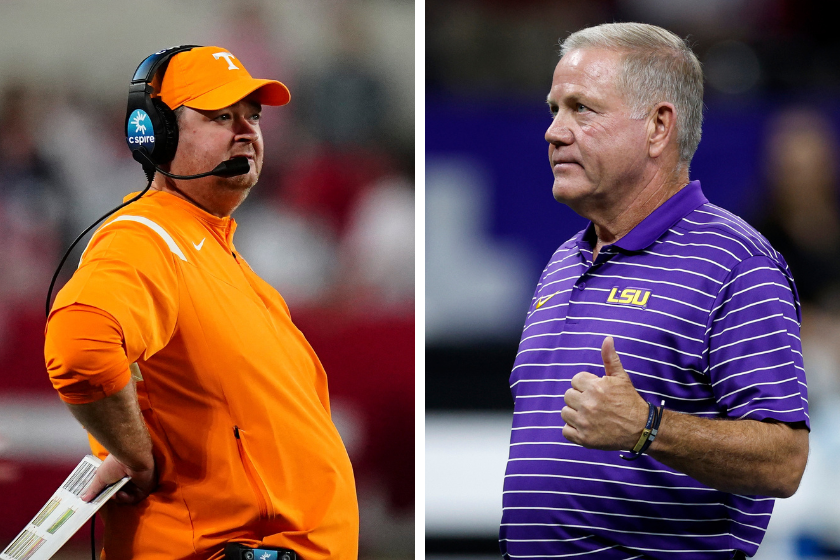 Three ranked matchups will have huge implications on conference standings as Tennessee takes on LSU, TCU plays Kansas, and Utah goes on the road to play UCLA.

Arkansas and Florida State look for redemption as the Razorbacks travel to take on the Bulldogs of Mississippi State and the Seminoles travel north to play the NC State Wolfpack.

And finally, USC and Oklahoma State should be on upset watch as the Trojans host the Washington State Cougars and the Cowboys play the Texas Tech Red Raiders.