The NFL MVP has turned into who is the best quarterback on the best team. The MLB MVPs are announced weeks after everyone has forgotten about the season. I assume the best player in college basketball has been Perry Ellis for the past decade. The NBA MVP is still held in high regard, but it doesn't have anything on the Heisman Trophy.

The Heisman has an unparalleled prestige. I love watching Heisman moments unfold in real time. I love the history. I love old winners attending the ceremony and welcoming a new brother into their fraternity. I love the portraits. I love the trophy itself. I love seeing the Nissan Heisman House get another tenant to help reduce rent.

Winning the Heisman Trophy cements players in college football lore regardless if they're remembered as one of the worst winners of all time, or, in this case, one of the best. Everyone who's won the award is great in some capacity, but there are seven who stand above the rest.

The 7 Best Heisman Trophy Winners of All Time 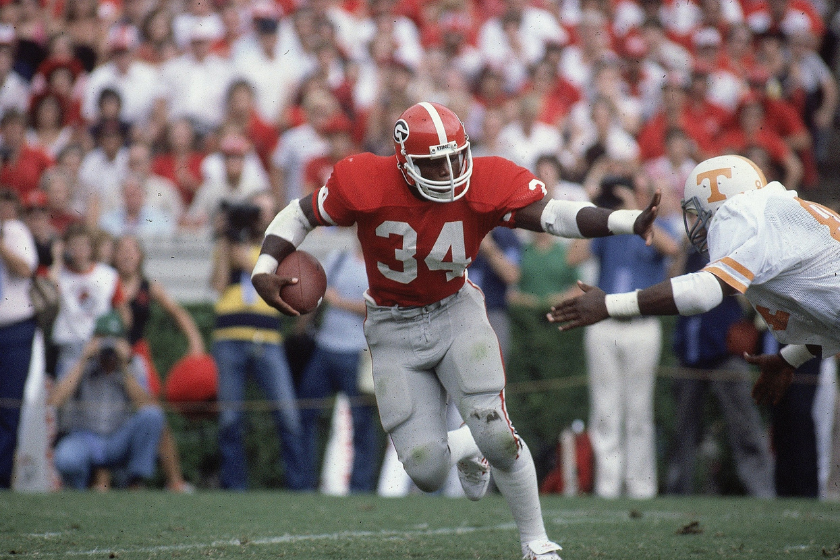 Georgia running back Herschel Walker ran for 1,891 yards and 18 touchdowns as a junior in 1981. Yet, his best college season wasn't capped with a Heisman win, which shows how incredible the player who won it was. (Don't worry, we'll talk about him later.)

Walker followed up his career season by rushing for 1,752 yards and 16 touchdowns while leading the Bulldogs to a third-straight SEC Championship and an appearance in the national title game against Penn State. His numbers are even more impressive considering he only ran for 20 yards in the season opener after fracturing his thumb in fall camp.

The UGA back further grew his legend by bringing beloved Georgia mascot Uga to the Heisman ceremony in New York City. 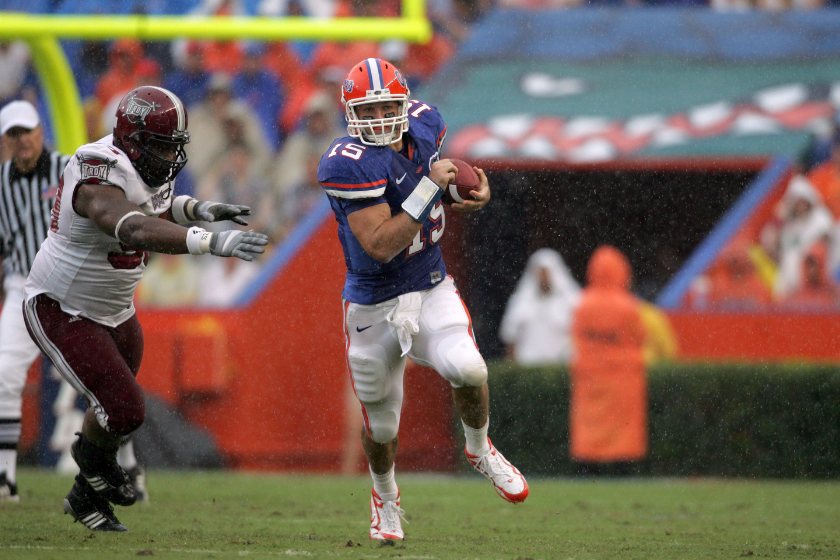 College football hadn't seen a quarterback like Tim Tebow before he arrived at Florida. His uniqueness helped him become the first QB in college football history to ever run for 20 touchdowns and throw for 20 in the same season. Thus, he became the first sophomore to win the Heisman.

All in all, the Gator football player finished the year with 3,286 yards and 32 touchdowns through the air and 895 yards and 23 touchdowns on the ground to beat out Arkansas running back Darren McFadden for the coveted award.

Who could forget Tebow hoisting the trophy with that humongous cast. 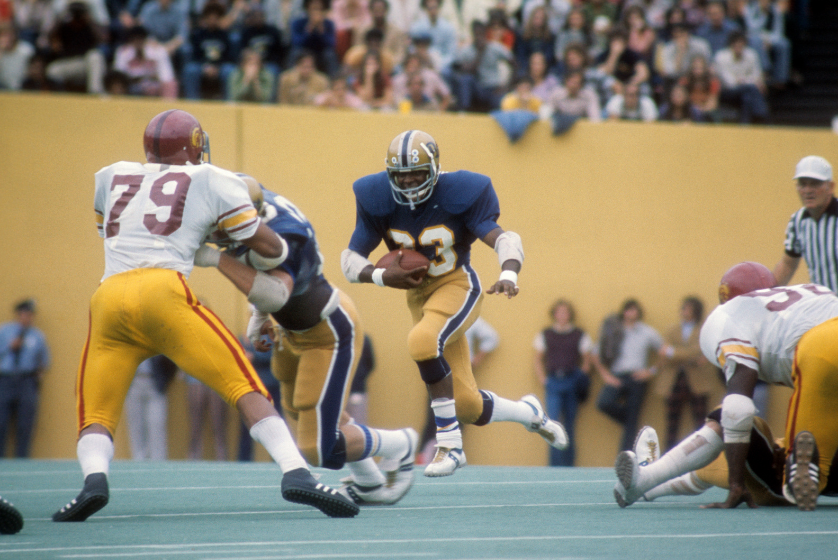 Dorsett was the NCAA's all-time leading rusher for 22 years before fellow Heisman winner Ricky Williams broke his record in 1998.

His numbers during his 1976 Heisman season are out of a video game. He ran for 2,150 yards and 22 touchdowns and averaged 215 yards per game in the final seven contests. The Panther legend finished his career by running for 202 yards and a touchdown against Georgia in the Sugar Bowl to win the national championship. 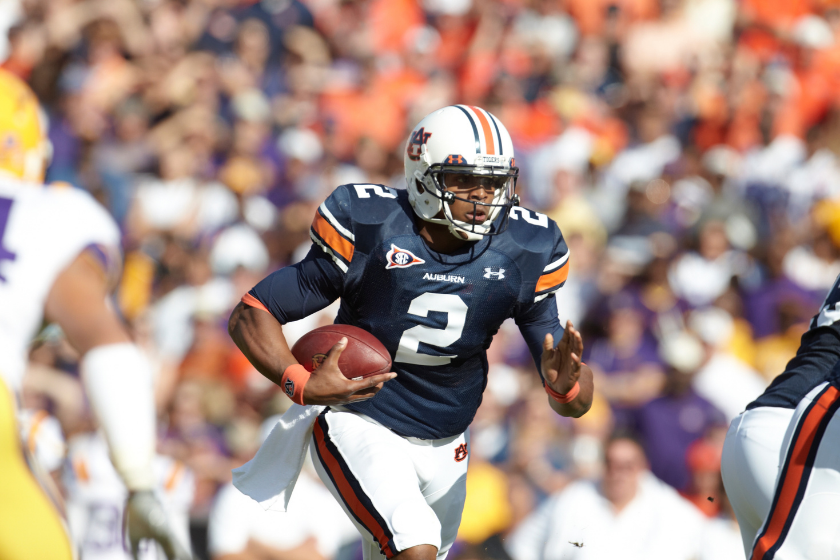 Auburn quarterback Cam Newton became the second signal caller to throw and run for 20 touchdowns in a season three years after Tebow. He threw for 2,854 yards and 30 touchdowns and ran for an astonishing 1,473 yards and 20 touchdowns. He caught a touchdown pass, too.

The Auburn version of Newton was remarkable because he made everyone around him better. The offensive unit wasn't loaded with crazy talent -- no other player played more than two games in the NFL -- but Newton turned them into the seventh best offense in the country that season.

Aside from leading the Tigers to a national championship, Newton spearheading a 24-point comeback against Alabama is one of the greatest performances the sport has ever seen. 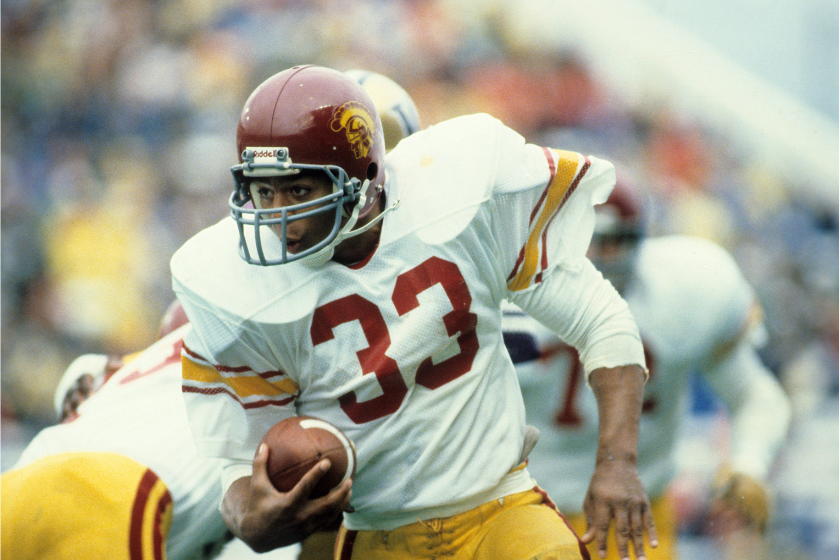 The guy who outperformed Walker in 1981 was none other than USC running back Marcus Allen. What did it take to win the award over the beast from Athens? Only becoming the first 2,000-yard rusher in NCAA history (he finished the season with 2,427), setting 14 NCAA records, running for 200 yards in five straight games and scoring 23 total touchdowns. On top of all that, Allen led the Trojans in receiving with 34 catches for 256 yards.

Allen's Heisman season is indisputably one of the greatest in college football history. Walker easily wins the award any other year. 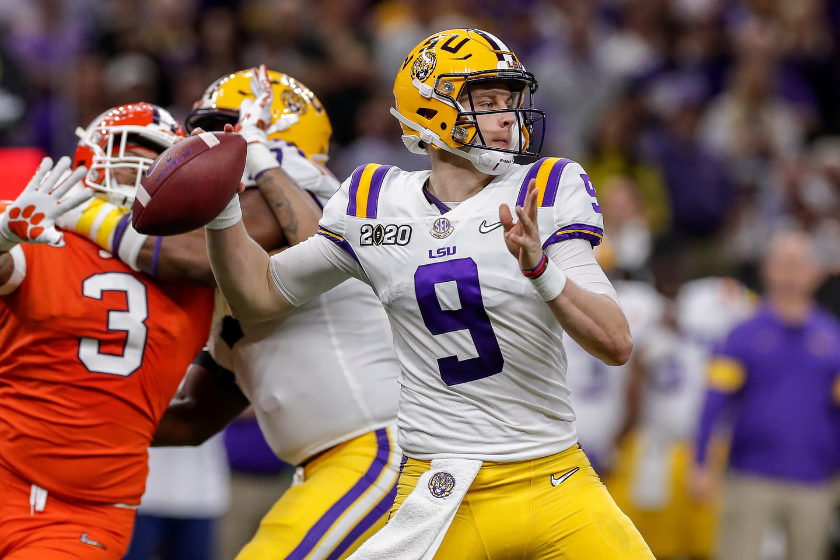 Joe Burrow made everything look easy when he quarterbacked the 2019 LSU Tigers to the national championship. He threw for an unbelievable 5,671 yards and 60 touchdowns against 6 interceptions while completing 76.3% of his passes.

All this -- plus an undefeated season -- led to Burrow securing 93.88% of total possible Heisman votes, which is the largest margin of victory in the trophy's history.

Sure, having NFL studs like Clyde Edwards-Helaire, Justin Jefferson and Ja'Marr Chase didn't hurt, but Burrow never looked phased when leading the offense. He was as close to perfect as you can get. 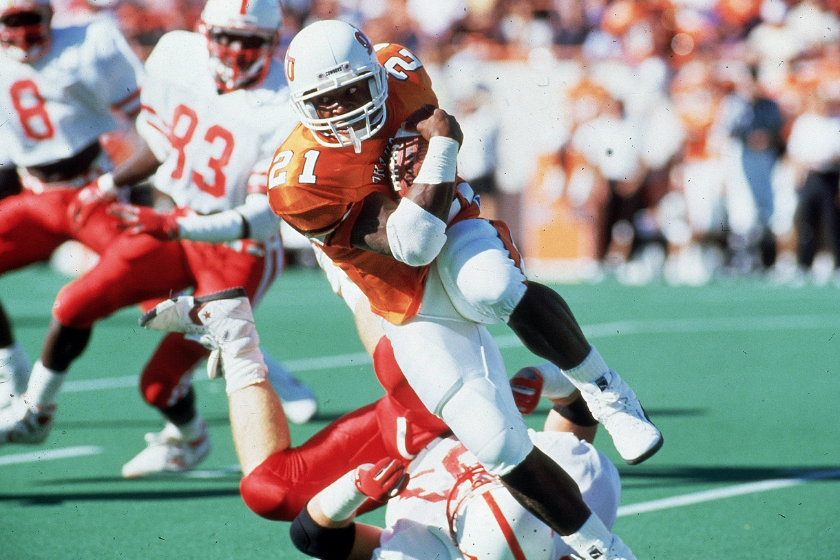 The Heisman Trophy was Barry Sanders' to lose from the moment the 1988 season kicked off. The Cowboy running back exploded for 2,628 yards and 37 (!) touchdowns on the ground while also handling kick and punt return duties. He finished the season with 3,250 all-purpose yards, which was an NCAA single-season record until Christian McCaffrey broke it in 2015.

There isn't anyone defenses feared more in college football history than Sanders that year. He was unstoppable and walked away with the Heisman over USC running back Rodney Peete and UCLA QB Troy Aikman.