Ricky Williams’ 1998 Heisman Trophy is For Sale at Auction 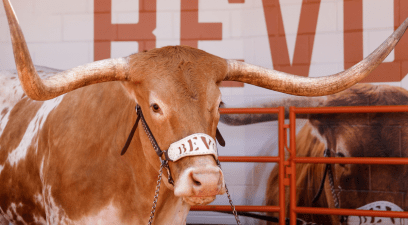 How “Bevo” the Texas Longhorns Mascot Got His Nickname 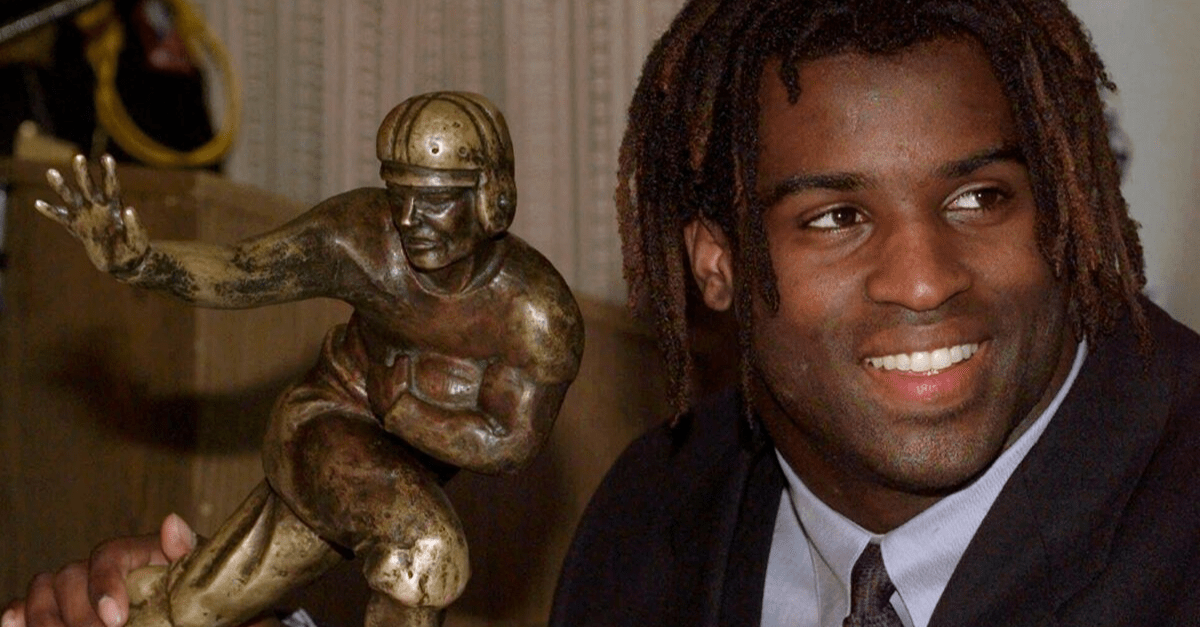 Brian Hobbs remembers getting a call in 2014 to let him know Ricky Williams was interested in selling his Heisman Trophy.

An avid sports memorabilia collector, Hobbs drove from his home in Tallahassee, Florida, to meet Williams in Austin, Texas, where the former Longhorns star was finishing the undergraduate degree he had not completed when he left school for the NFL in 1999.

“He took me on a tour of the Texas football stadium and the different areas around there,” Hobbs told The Associated Press by telephone.

And then he returned home with the Heisman Trophy that Williams won in 1998.

Ricky Williams and Earl Campbell are the only University of Texas football players to be awarded the Heisman Trophy, the most praised award in college football. The sizes of these statues shows the impact they left here on the #40Acres #19J1 #MuseumDay2019 #AustinMuseums pic.twitter.com/FWL99aPE10

“I’ve had it in my collection a long time and I can’t keep everything, so I thought this was good timing for the trophy,” Hobbs said. “(Texas’) football program is doing well, and it’s a very highly sought-after trophy. … The timing seemed like the right time for the next collector to have it.”

Hobbs would not disclose how much he paid for the trophy. Heritage has estimated its value could reach $500,000, topping the auction record set last December when Tim Brown’s 1987 version was sold $435,763. Williams’ Heisman is the last one awarded before trophy winners were required to sign an agreement forfeiting the right to sell it.

“Any time you’re able to offer a Heisman at auction, it just doesn’t happen too often,” said Chris Ivy, Heritage’s director of sports auctions. “The imagery that comes up when you think about it, it’s the most recognizable trophy without a doubt, even more so than the NBA or NFL championship trophies. People, when they see the (Heisman), they know what it is.”

Ivy believes Williams’ trophy has added value because he played more recently and earned it for the season he set the then-NCAA career record with 6,592 yards rushing. The mark was topped one year later by Ron Dayne.

Williams was drafted No. 5 overall by New Orleans in 1999. He spent 12 seasons in the league with the Saints, Miami Dolphins and Baltimore Ravens before retiring after the 2011 season. He finished with 10,009 yards rushing and 66 touchdowns, along with 2,606 yards receiving and eight touchdowns.

In 2006, he played in the CFL with Toronto while suspended from the NFL for violating the league’s drug policy. He was inducted into the College Football Hall of Fame in 2015.

Other Williams memorabilia in Hobbs’ collection available for auction includes the Doak Walker Award and Walter Camp Award that Williams was also awarded in 1998; the football presented to Williams in 2000 when Texas retired his No. 34; and the 2002 Dan Marino Dolphins team MVP award.

Hobbs plans to use money from the sales to pay college tuitions for his three children. He has been collecting memorabilia for about 25 years, starting when he found championship rings at pawn shops.

“I bought one, then I bought another and another,” Hobbs said. “Then hundreds later, I realized I guess I collect these.”

Hobbs says it’s tougher to find such items in pawn shops today because of platforms such as eBay. That’s fine with him.

“I think the pawn shops were probably not being very fair to the actual value because when they bought stuff it was more on the gold value than the actual collector’s value,” he said.