It's been 13 years since an Alabama defender sent Colt McCoy to the locker room during the 2010 BCS National Championship game and appeared to set Texas football back for over a decade. As Alabama ascended to legendary status over those years, with Nick Saban leading the Crimson Tide to five national championships, the Longhorns went through almost as many head coaches.

But in their rematch with Alabama, with former Saban disciple Steve Sarkisian as their new head coach, the 'Horns seemed to be out and ready to Hook 'Em.

Longhorns Rattle Alabama, Even in Defeat 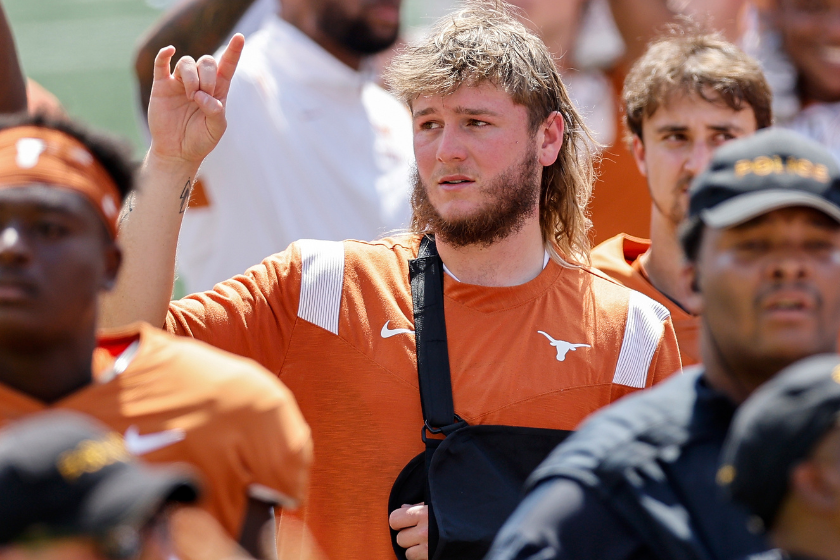 This rendition of Texas vs. Alabama even started in the same style as that 2010 title game. A hit from a Bama defender knocked out Texas QB transfer Quinn Ewers and his unbelievable mullet, putting him in street clothes for the rest of the day. Backup QB Hudson Card seemed to not miss a beat until a lower body injury forced him to play hurt for the remainder of the game.

The biggest question of the afternoon, however, didn't come from the Texas sideline, but across the field with Alabama. For most of the first half, the Crimson Tide looked slow and somewhat rattled. Nick Saban looked close to losing what little of his hair he had left on his head. Meanwhile, Texas looked poised to prove that their impending move to the SEC wasn't just about money, but about proving they belong with the best of the best in college football.

Texas Enjoys An Afternoon in the Sun 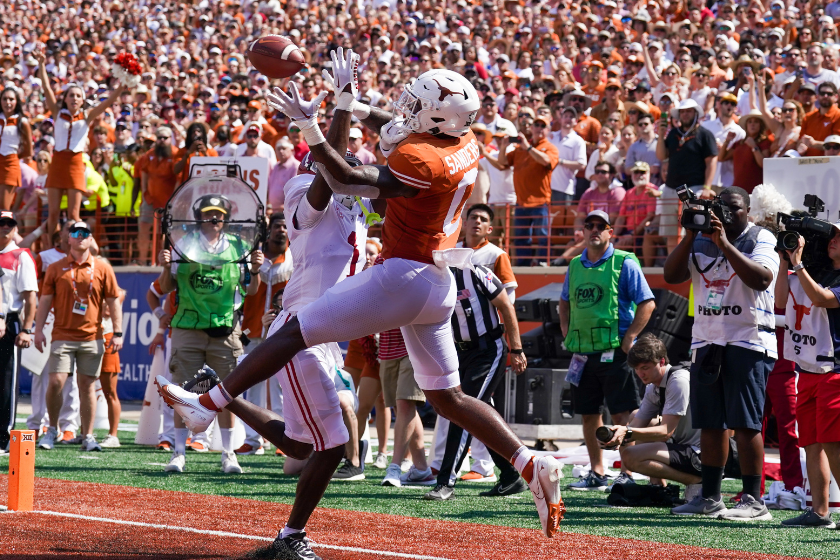 RELATED: The Texas Longhorn Band Has a Drum With a Radioactive Past

Unfortunately for Texas, an unlucky streak that included a missed FG attempt to end the first half and an overturned safety, stalled their momentum. Both of these plays could have been a difference maker in the final line.

The side-chick in this whole game was the officiating. Alabama racked up a total of 15 penalties which has never happened to a Saban-led team. Ever. We knew something was up when the head referee went on mic after reviewing the safety/targeting/roughing the passer call, and essentially said "Oops, we screwed up" to an entire nation after reviewing a roughing the passer/targeting call. Embarrassing isn't even half of it.

Much like Thanos, Alabama and Saban were inevitable as they found a way to leave town with a one-point victory, thanks to a near perfect two-minute drill and a game winning field goal. There are some perks to having a Heisman Trophy winner leading your offense, and Bryce Young reminded everyone why he took home the hardware last year.

Alabama faces a roll-over win next week at home against Louisiana-Monroe and Texas looks to continue to prove their worth back at home against last year's Conference USA champs UTSA, who lost to Army in Week 2. Neither team faces a formidable opponent following this week's madness, but that's a good thing.

It just means that the SEC is getting a new rivalry when the Longhorns join the conference.

And that's something we can all be happy about. Especially if you are No. 21-ranked Texas.

MORE: The Texas Longhorns Renaissance Begins in 2022. These 5 Players Are Why.