A rivalry extends beyond hatred, though. It's about the results on the field. Trading wins is what makes a rivalry a rivalry because either team could win. Plus, it adds more fuel to the fire.

However, some rivalries have all the juice off the field, but on it, it's the old tale of big brother vs. little brother. Little brother would do anything to be noticed by big brother, but big brother embodies the Don Draper "I don't think about you at all" meme. This sparks little brother to double down on hating big brother because it's easier to ramp up your fandom than face the reality that your team will always be inferior in the eyes of your rival (The Oxford Dictionary refers to this as a defense mechanism).

These five college football rivalries remain can't miss events, but when you look deeper, one side has asserted themselves as big brother. 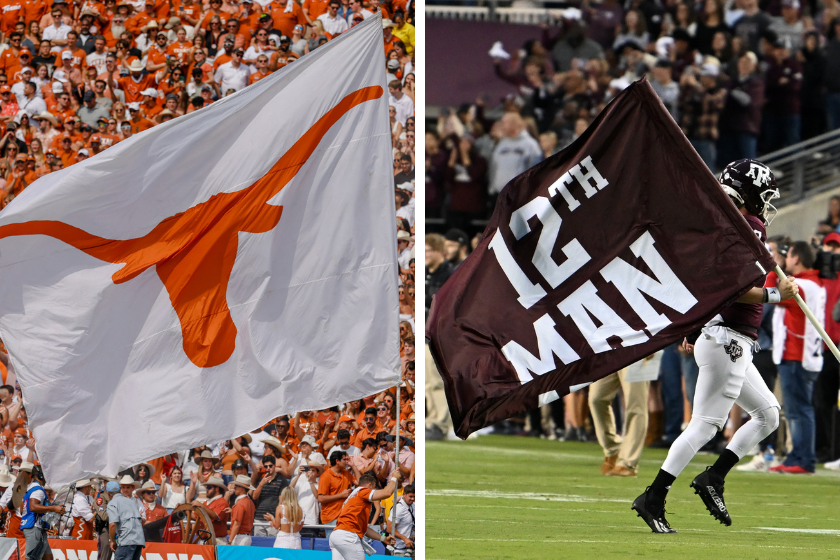 There isn't a program who wants to be relevant as bad as Texas A&M. One of the ways the Aggies try to stay in the college football lexicon, other than having a tradition for everything, is by hating on Texas. To this day, Aggie fans relish Texas losses, because when Texas loses, they "win".

The funny thing is, Texas couldn't care less. Texas A&M is the annoying little brother they shut up nearly every Thanksgiving. Sure, the rivalry was more even in the years before the Aggies moved to the SEC, but historically, Texas dominated -- most notably with a 10-game win streak from 1957 to 1966.

Texas A&M will have the opportunity to shift the narrative when Texas joins them in the SEC in 2025. Or, Texas will keep little brother in his place. 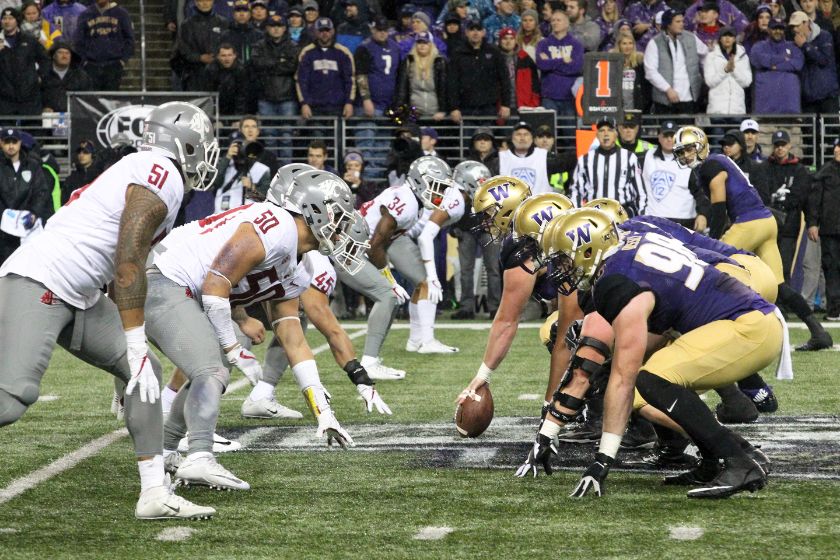 The Washington Huskies have won enough Apple Cups to plant an orchard of their own. UW has only dropped six to Washington State since 1990, and the Cougars have never won more than two straight since the series began in 1900. Ouch. Meanwhile, Washington won eight straight from 1974 to 1981 and seven in row from 2013 to 2019 (it could've been eight, but the 2020 matchup was canceled because of COVID).

Washington State deserves credit for last year's 40-13 beatdown, though. Sure, Washington had an interim head coach but the Cougars got their blows in while they could. However, it's safe to say the Apple Cup runs through Seattle. 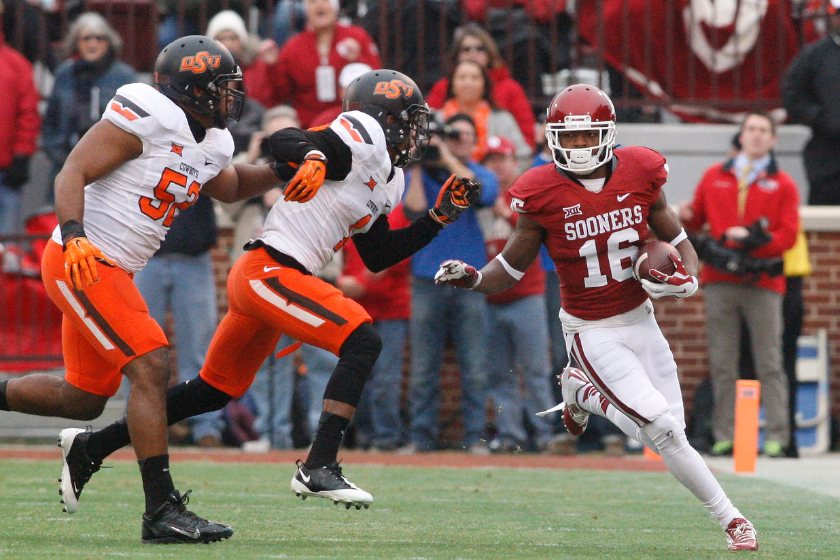 First off, Bedlam is awesome. The Oklahoma sky is certain to be the blackest sky you've ever seen, and the over is always a lock. Oklahoma winning has been a lock nearly every time these two face off, too.

The Sooners have never dropped more than two in a row against the Cowboys, and their longest winning streak of 19 lasted from 1946 to 1964. There was a whole generation of OU fans that entered college without experiencing a loss to their in-state rival. Must be nice.

Oklahoma State will get a few more cracks at it before the Sooners leave the Big 12 for the SEC in 2025. Sadly, there aren't any plans to renew the rivalry down the line. 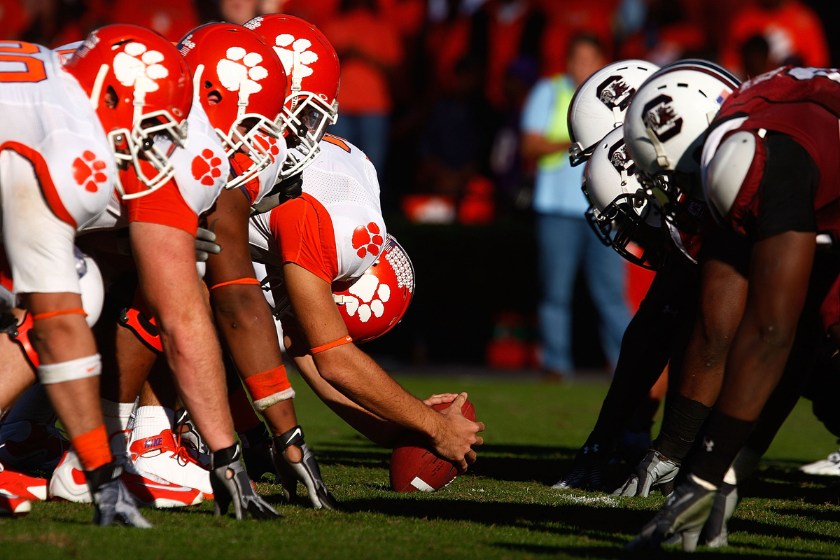 Dabo Swinney couldn't figure out South Carolina for the life of him early on in his Clemson tenure. The Gamecocks won every matchup by double digits in Swinney's first five seasons at Clemson, but he quickly righted the ship. The Tigers have won every game since 2014 with four of them being by at least 20.

Historically, the in-state rivals have traded punches more evenly than other matchups on here, but Clemson holds the edge with 35 more victories than USC. I expect that to continue as long as Swinney is there, but the Tigers look more beatable now than in recent years. Never count out an underdog in a rivalry game. 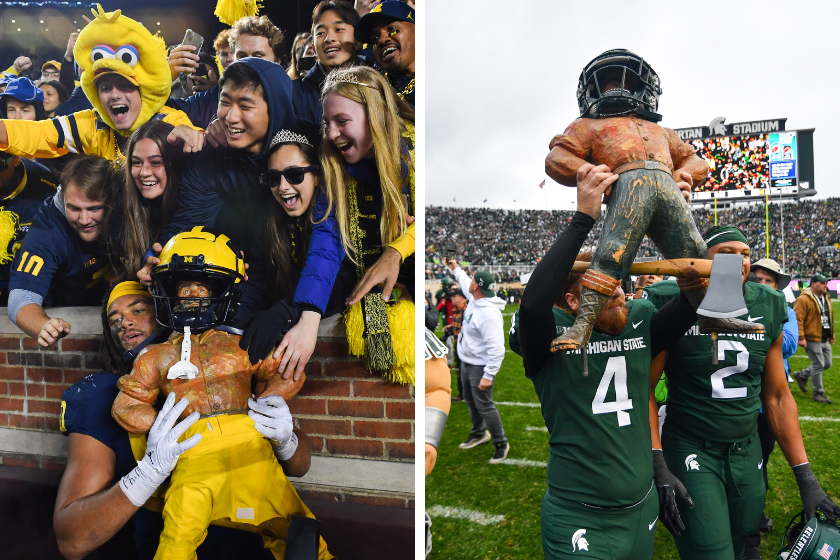 Michigan State has been a thorn in Jim Harbaugh's side since he arrived in Ann Arbor in 2015. The Wolverines and Spartans have split the eight matchups for the Paul Bunyan Trophy with Harbaugh at the helm, which is a bad look for a program like Michigan that views Michigan State in a class entirely beneath them.

For MSU, that makes the victories that much sweeter. Mel Tucker started off 2-0 against Michigan and who could forget the "Gift Six"? Still, even though the Spartans have made up some ground over the past 15 years the Wolverines have historically dominated. There isn't a fanbase who thinks lesser of their rival than Michigan does of Michigan State.