Two Big Ten football teams faced off in one of the first college football games of the year. Northwestern football is "hosting" Nebraska (who went 3-9 last year) today, but not in Evanston, Illinois, as the college football season opener gets underway. Instead, the Big Ten matchup is being hosted at Aviva Stadium in Dublin, Ireland.

As it approached halftime, the first half was relatively even. But the Wildcats and head coach Pat Fitzgerald caught a weird and interesting break as the clock ticked just below the 10-minute mark in the second quarter.

The First Questionable Fumble of the 2022 College Football Season

Cornhuskers quarterback Casey Thompson rolled out to the right and completed a pass 15 yards past the line of scrimmage to wide receiver Isaiah Garcia-Casteneda that should have been good enough for first down yardage.

As Garcia-Casteneda turned, shook off a defender, and shot past the 20 yard-line, it seemed he could smell a touchdown. He already had one under his belt in the first quarter, so he got a little greedy, with the end zone not too far in the distance. However, one shake too many allowed the Wildcats' defense to close down. And then, somehow, Northwestern linebacker Greyson Metz finished the play with the ball in his hands.

Northwestern gets the ball on a fumble, but was he down? ? pic.twitter.com/Y1orpHvBkB

Officially it goes down as a fumble, but was that ball actually stripped? Or was the ball carrier down?

If you watch in the regular broadcast view from above the sideline, it's hard to see which football team ended up with the ball. As replays looked at every possible angle, was Garcia-Casteneda down before Metz was able to strip the ball? As the tackle was made, in my opinion, it looked like the receiver was down.

All he needed was a knee or an elbow, but alas, Metz was able to prevail. The call on the field was a fumble, and there was nothing conclusive from any angle to prove otherwise. A big call in a big matchup. 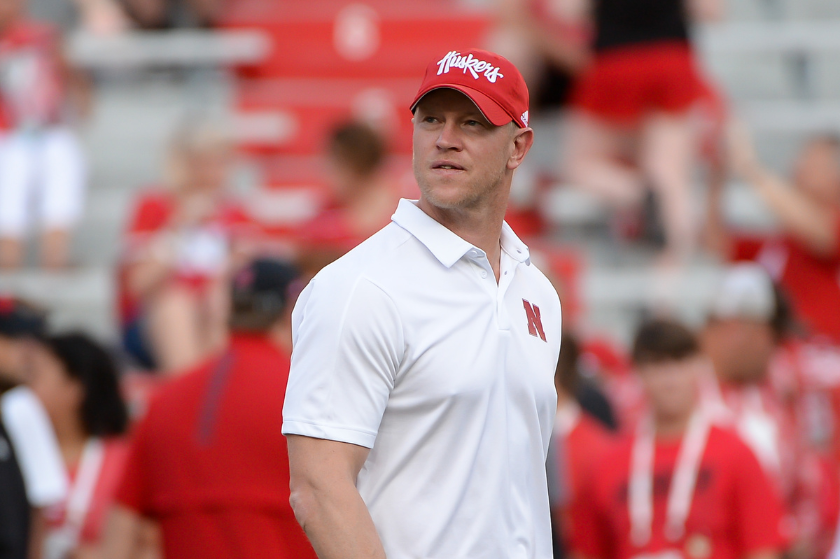 The Northwestern Wildcats received the second-half kickoff while leading by a field goal, and the turnover earlier in that second quarter may be what helped get them over the line, despite that ensuing drive ending with a punt.

If this call is any indication of how officiating is going to go this season, we'll be in for a wild ride. Garcia-Casteneda will certainly be looking for a big third quarter and fourth quarter to redeem that call. And hoping that Northwestern's Ryan Hilinski stutters a bit and the Cornhuskers can prevail.