College football is finally here, well, the appetizer anyway. Those looking for marquee CBS games or primetime ABC games will have to wait another week when the college football season kicks off in earnest. Sorry, folks, but Alabama, Ohio State, USC and Notre Dame? They all kick off next week.

But if you have been waiting out the summer heat and NFL preseason games just to get to some meaningful football, well, there are a few games on the docket in Week 0 that will wet your whistle and hold you over for next week. So, without further ado, here is our what to watch: Week 0 edition.

Nebraska vs Northwestern in Dublin 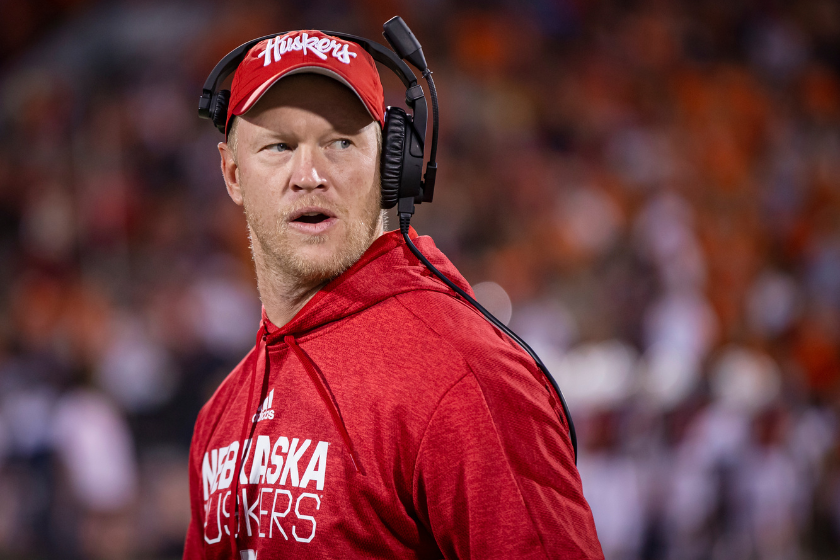 RELATED: Remembering the Time When Nebraska's Scott Frost Got Roasted by a Fast Food Chain

Can the Cornhuskers kick off the season on the right foot with a trip to Dublin to take on Big Ten foe Northwestern? For kids on both sides of the ball, it will be a memorable way to start the season. But if Nebraska can't notch a win, it might be the beginning of a season Scott Frost would like to forget. Nebraska had high hopes for Frost in 2018 when they made him head coach, coming off an impressive tenure with UCF. A 15-29 record, 10-25 vs the Big Ten, and 0-14 record vs ranked opponents is not what they had in mind. Frost is going to have to get Nebraska to a bowl game this year, or he might be looking for work in the offseason. A win in Dublin with two nations watching would be a great way to kick off the season.

Northwestern is also coming off a 3-9 record. Is it the best matchup on paper for unsuspecting Irish fans? Nebraska did outscore opponents 335-272 while going a dizzying 0-8 in one-score games. They play tough, and Scott Frost did use the offseason to the best of his abilities. Signing Pitt OC Mark Whipple, fresh off coaching Kenny Pickett to a first-round NFL Draft selection. He also made use of the transfer portal, signing Texas QB Casey Thompson, who led the Big 12 in passing touchdowns a year ago. Thompson leads a group of 22 transfers coming to Lincoln this season. With the Wildcats' defense, we might be in for a showdown in Dublin. 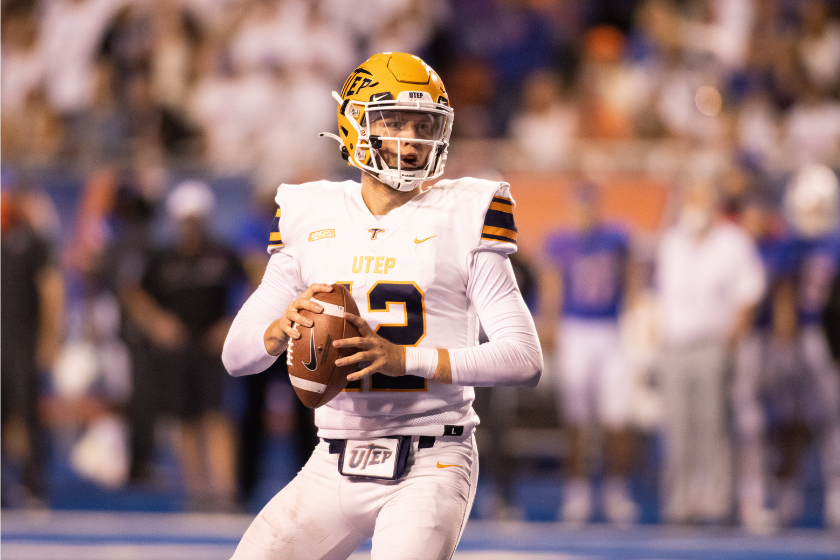 Don't sleep on a good Group of 5 matchup against the stunning backdrop of Sun Bowl Stadium in El Paso when North Texas takes on UTEP this Saturday. If you have lived on this planet and know thing one about football, you know Texas IS football. So naturally, Texas school vs. Texas school = good football, even if just for the day. Honestly, I don't know how this game only gets as far as the Stadium channel, but tune in. I know I will.

UTEP had a great defense last year and started the season 6-1 before sliding in the latter half. But the 7-6 record got the Miners their first bowl appearance since 2014. They have the No. 1 defensive line and the No. 2 linebacker group in CUSA. Gavin Hardison is back after tossing 3,223 yards and 18 touchdowns last season and shows no signs of slowing down.

North Texas went 6-7 a year ago, but similar to UTEP it was a tale of two seasons. Only in reverse. The Mean Green stumbled to start the season, going 1-6 before a historic turnaround, finishing 5-1. Becoming only the third team in college football history to parlay a 1-6 record into a bowl game berth. Now they enter 2022 aiming to build on the second half of last season.

The Mean Green are a ground-and-pound team, ranking fifth in the country in rushing yards per game last season at an astounding 235 yards per game. North Texas returns four running backs from a year ago, and a fifth if you count quarterback Austin Aune, who has been known to use his legs. I like North Texas to continue where they left off last season, but it is a true toss-up game, with UTEP's defensive line ready to stuff the run.

Vanderbilt Travels to Hawaii, Who is 3-0 vs. the Power 5 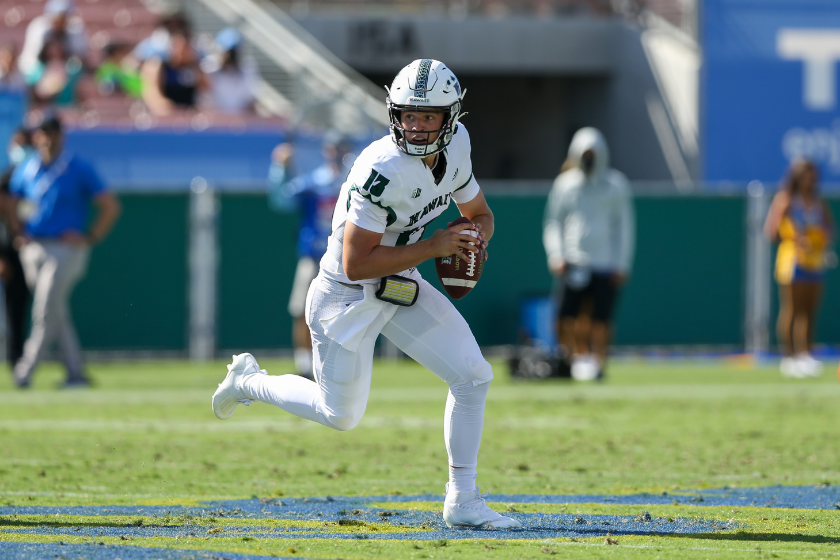 Talk about your destination games. Vandy gets a doozy opening their season in paradise: Honolulu, Hawaii. But it might not feel like that long after kickoff. The Rainbow Warriors are 3-0 vs the Power 5 and they surely won't let Vandy, a 2-10 team a year ago, waltz in as an 8.5-point favorite and push them around. Hawaii lost head coach Todd Graham and a ton of players to the transfer portal. New coach Timmy Chang is young but with a smart mind for the game, and adding a win in his first game would go a long way to soothe any concerns about all the new faces on both sides of the ball and the coaching staff.

?Vanderbilt has no idea what they?re getting into.?

At 2-10 a year ago and a combined 2-19 in their last two seasons, Vanderbilt enters the season looking to... stay alive. It's going to be baby steps for the Commodores as head coach Clark Lea looks to get his team a road win before the weight of the SEC comes crashing down on them. Vandy has the experience, but Hawaii has the wildcard factor. Week 0 is closing out with an intriguing matchup in this after-hours showdown.

Full Schedule of the College Football Games in Week Zero 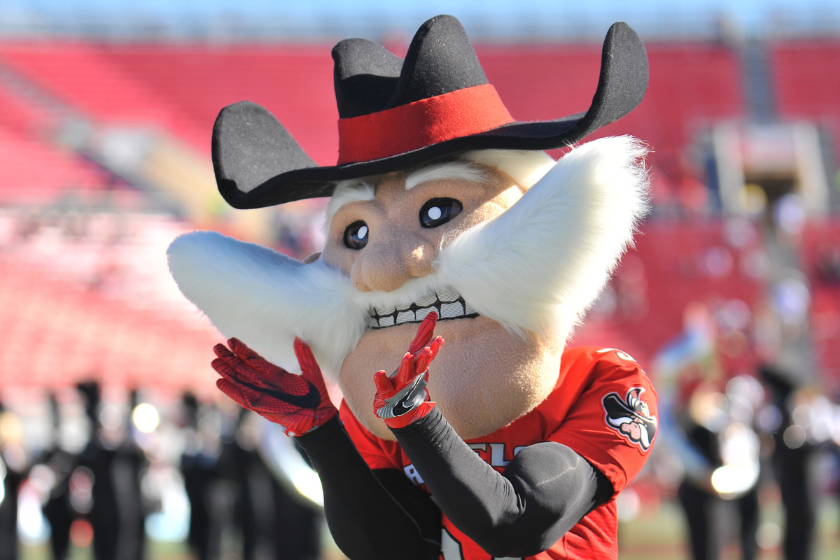