In recents years, it appears the Ohio State Buckeyes have had a problem closing out their season against their Big Ten rival, the Michigan Wolverines. As coach Ryan Day's struggles in "The Game" and the Buckeyes' failure to secure an easy college football playoff berth have become a thorn in the side of the fanbase, Ohio State may actually have a bigger problem on its hands: the SEC in the postseason. When it comes to college football rivalries, Ohio State vs. the SEC resembles the Dallas Cowboys against a Pop Warner team. 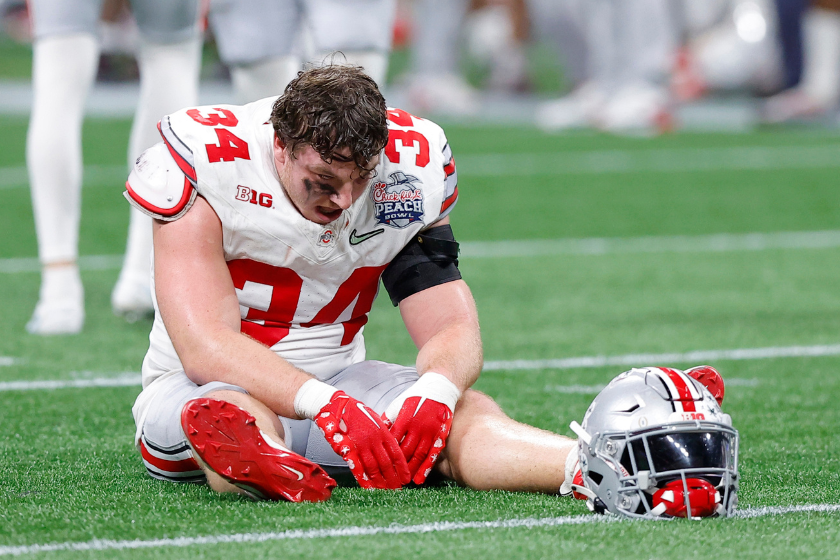 RELATED: Why Jaxon Smith-Njigba Prioritizing the NFL Ahead of the CFP is the Right Call

Ohio State's stunning defeat at the hands of Georgia in the 2022 Peach Bowl may have been a shocking end to its season, but that shouldn't be too surprising if you know Buckeye football history. Dating back to 1977, the Columbus, Ohio, football program has only won a single postseason game against a Southeastern Conference team. We're not kidding. The 1-13 record does include one self-vacated win from 2010, but 2-12 would still leave a tough taste in any college football fan's mouth. Here's a look at Ohio State's postseason woes.

With the exception of their 2014 CFP semifinal win over Alabama on their way to the 2014 National Championship, the problem is clear. What's maybe more worrisome is the fact that in their last two postseason meetings, with Alabama and Georgia, the Buckeyes gave up 40-plus points, despite boasting a defense that held teams to 25 points per game in 2020 and 21 points in 2022. So what gives? 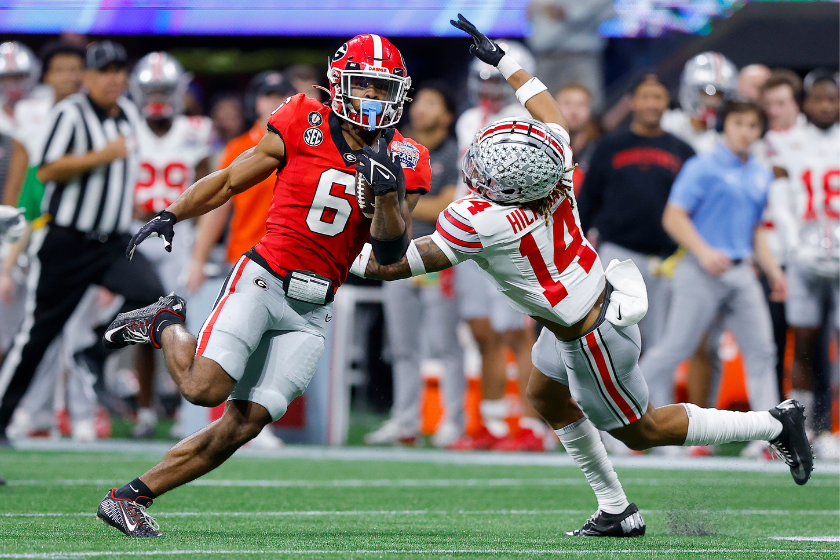 The main statistic that jumps out when looking at Ohio State's two most recent defeats is the difference in rushing yards between the two schools. In 2020, Alabama's Najee Harris and Brian Robinson Jr. racked up 148 yards on the ground, while Ohio State's backfield of Master Teague and Marcus Crowley only managed 79 yards. Yes, Justin Fields rushed for 67 yards, giving Ohio State a rushing total north of 145 yards; but when Fields was tucking the ball and running, the Buckeye passing game became obsolete. The balanced offenses of Georgia and Alabama gave them more tools and more offensive looks.

When Georgia's secondary locked in on Emeka Egbuka and Marvin Harrison Jr., they forced C.J. Stroud to run. This was exacerbated by the lack of TreVeyon Henderson in the backfield during the Peach Bowl. Ohio State didn't have all the weapons Georgia had. In the 2020 National Championship game, while Harris and Robinson Jr. were burning the grass, DeVonta Smith racked up over 200 yards through the air as Mac Jones used his arm to dismantle Ohio State. Similarly in 2022, Stetson Bennett found Arian Smith and Adonai Mitchell for crucial catches, amassing 173 yards between the two receivers.

With the national championship seemingly always running through the SEC, hopefully Ohio State can finally begin to find a solution to its SEC problem. If it doesn't, losing to Michigan will be the least of its worries in the future.

MORE: Michigan's Overturned Touchdown vs. TCU Was a Clear Whiff From Refs