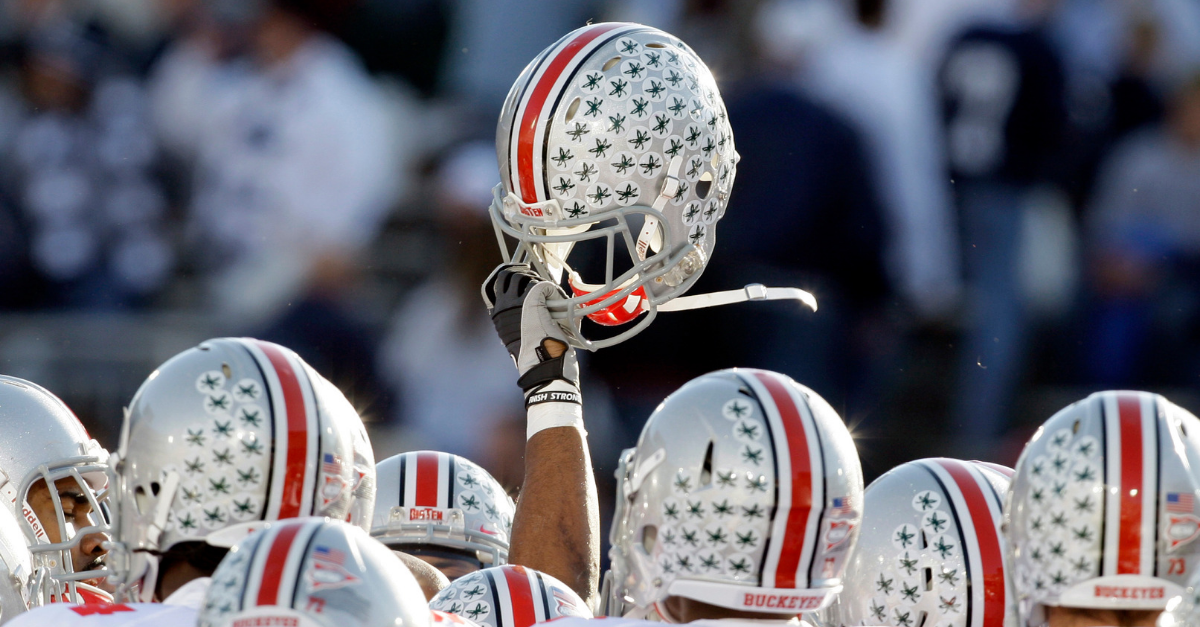 It’s hard being a football player. The grind takes a toll on you ? both physically and mentally ? but the rewards of the game are what keep young men coming back. No matter if you played past high school football in your hometown or not, that family, work ethic and perseverance you learn sticks with you forever. That’s why when I heard about former Ohio State Buckeyes offensive lineman Zach Slagle’s lonely suicide, I dropped everything I was doing to write this article.

According to ElevenWarriors.com, Slagle was found dead of an apparent suicide. Former Ohio State teammate Zach Barton, who was an All-American tackle under coach Jim Tressel, revealed the news on Twitter Thursday morning. What’s even scarier is that Slagle posted an apparent suicide note on his personal Facebook page.

I couldn’t finish reading it without my hands shaking.

“I’m sorry… live life to your fullest, love to the extreme, never say no! I love all you guys, cherish the good times, cherish the memories…I’ve lived a full life that can’t be compared to any other, don’t cry, don’t mourn but rejoice in a life well lived! I loved and spread my love as much as I could… don’t blame or point fingers, be amicable, and rejoice in celebration! #checkforCTE #sacredbrotherhood I’ll miss everyone… #PapaSlaggs #Zeus #Ferdinand forever and always, Zach”

Just awful news about former Buckeye Zach Slagle. 2nd teammate from Ohio State to commit suicide. If you are ever down, please get some help. It’s not worth it and people love you 😔 #RIP pic.twitter.com/Z33WVT5rdF

Any time someone takes their own life, there are questions that will never be answered. But after reading this, I couldn’t get past one part without chills running down my spine.

Chronic traumatic encephalopathy is a degenerative brain disease caused by repeated blows to the head. In a time when football is changing to keep players safe, Slagle is yet another former player who took his own life and alluded to having CTE. Behavioral problems, mood swings, and severe headaches all lead to dementia later in life. Former NFL players including Hall of Famers Mike Webster and Junior Seau killed themselves, and it was later found they lived with CTE.

I didn’t know Slagle, an Ohio native from Canton McKinley High School, when he played for the Buckeyes from 2006 to 2008. Chances are, neither did you ? It’s rare for an offensive lineman to get noticed unless an elite defender beats him and sacks the star quarterback. It’s an eye-opening moment, though, to realize we only recognize someone when they’re gone, especially when Slagle had so much life to live.

“Zach was a worker. His summer before enrolling at Ohio State, he worked tirelessly doing four jobs in an effort to save up for his tuition. Once he arrived at OSU, he was a very valuable member of the team and his toughness was very evident. His selflessness and grit helped the team go undefeated in the regular season, and he received his first of 3 pairs of gold pants for beating the University of Michigan.

“Zach was selfless as a teammate and friend and endeared himself to anyone who knew him. He was always the guy that everyone liked to see and be around. Zach was a fun loving person with a heart of gold. In his honor, we would like to start a fund to help defray the costs of his burial services. Thank you for your consideration and support to Zach?s family in this difficult time.”

It’s hard to know exactly what Zach Slagle was going through. All I know is that the college football world mourns for the loss of an Ohio State football family member who didn’t deserve to die alone.

If you or someone you know is struggling, please write down the National Suicide Prevention Lifeline phone number. It’s never wrong to talk about mental health issues. Simply starting a conversation could help save the life of someone you love.