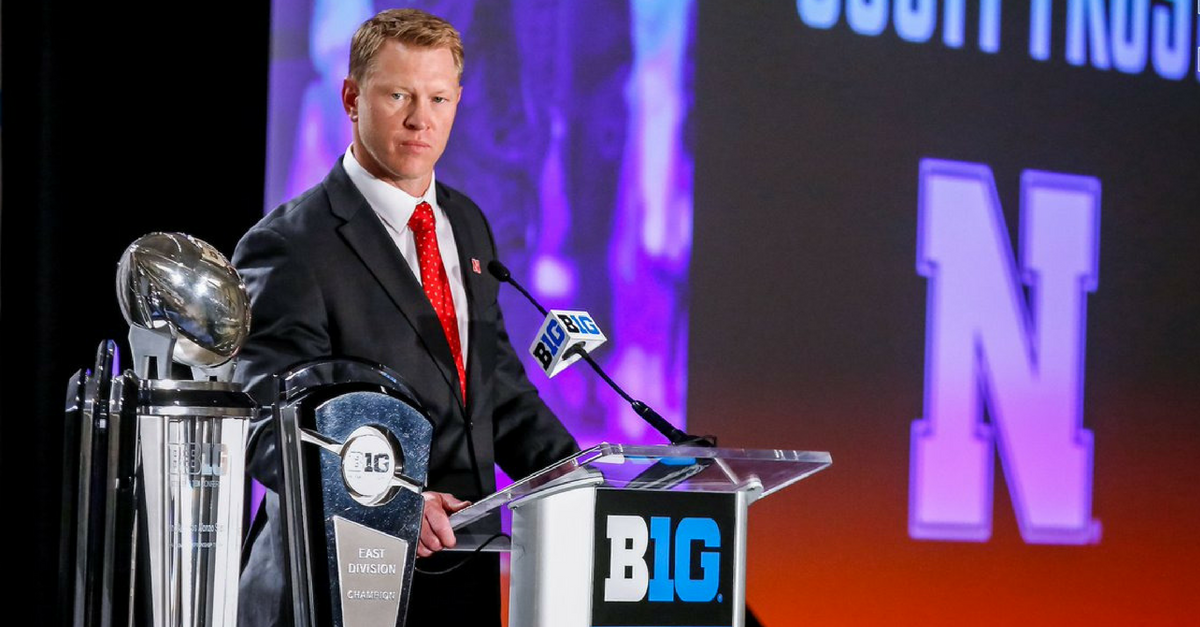 As Scott Frost hits the recruiting trail to help restore greatness at his alma mater, he continues to notice things just aren?t what they used to be. Sure, the parents of these high-major prospects remember Nebraska in its heyday, but the kids? Not so much.

And for someone who lives and breathes Cornhuskers football right now, that might be a tough pill to swallow.

Rest assured, though, Frost has returned to the place he once won the 1997 national championship as the starting quarterback to right the ship.

"Nebraska's best asset is its people."

?It?s our job to change that,? Frost said at Big Ten Media Days in Chicago. ?It?s our job to make sure that the new generation remembers Nebraska for what it is and what it should be, and we?re in the process of making sure that the kids that we?re going to recruit going forward see Nebraska as one of the top programs in the country.?

It took the first-year head coach from Lincoln less than 30 seconds in his opening statement to acknowledge things simply are not right in his hometown.

From three national titles in 1994, 1995, and 1997 under legendary coach Tom Osborne to a change in conferences to suffering the program?s worst season in nearly 60 years in 2017, there has clearly been a decline in what used to be one of the country?s most powerful teams.

?Nebraska, historically, belongs in the upper echelon of college football. Hasn?t really been accomplishing things to that degree for a while. Certainly not to the degree that the people in Nebraska and the people of the university wants it to,? Frost said. ?I?m just excited to start the process of getting Nebraska back where it belongs, making it competitive and trying to compete for championships.?

That is easier said than done, of course. There are multiple things the new Cornhuskers coach needs to correct, but Frost is determined, and he has the credentials to make it happen.

After serving as Oregon?s offensive coordinator and quarterbacks coach, where he helped groom Heisman Trophy winner Marcus Mariota, Frost took the head coaching vacancy at Central Florida, and guided the Knights to 13-0 record and a Top-10 national ranking in 2017.

Add in that he knows Nebraska, where 24-2 as a starter, and has the blueprint laid out by his hero.

?Coach Osborne had the formula figured out. Nebraska stood for a lot of things when it was great. It was an organization of integrity and character, unity, unity across the whole state,? the 43-year-old Frost said. ?We used to build it from within by developing players better than anybody else.

?Went out and got a bunch of walk-ons from Nebraska and from the Midwest that were hungry that were put into the same type of program and developed them, too, and by the time they were sophomores, juniors and seniors they were contributing.

?The program used to reflect the people of the state. Nebraska’s best asset is its people. Has unbelievable people that are hardworking, blue-collar people that are going to care about each other.

?That?s what we’re trying to get back to in our program, and that’s the way that we’re going to build it to try to make it have sustained success.?

Nebraska is not going to be fixed tomorrow, but make no mistake about it: The Cornhuskers have the right coach again for a return to glory.

?Rivalries are going to come when we’re playing the way we should,? Frost added. ?And I think the people are back at Nebraska who are going to make it what it should be in the pantheon of college football again.?