Booger McFarland and Joe Tessitore headlined ESPN's coverage of "Monday Night Football" from 2018 to 2019, much to the chagrin of the public. While the tandem was replaced for the 2020 season, they've certainly created some memories from recent NFL seasons. After all, who could possibly forget the Booger Mobile, which effectively made him a levitating one-man booth and obstructed the view of fans on the sideline?

These days, Booger is a prominent college football studio analyst and works alongside Chris Berman on the revamped "NFL Primetime". Whichever role he's in, a name like Booger catches the eye immediately, and it's impossible not to wonder as to how the moniker managed to stick throughout his life.

So, just how did Booger become Booger?

He's Had His Nickname Since He Was 2

Anthony "Booger" McFarland, or Anthony Darelle McFarland, was born and raised Winnsboro, Louisiana, and played high school football at Winnsboro High School. It was in his hometown of Winnsboro where Anthony would adopt the "Booger" moniker.

In an interview with The Seattle Times, McFarland revealed just how he got his nickname.

"I was a bad kid, getting into a lot of wild stuff," McFarland said of his nickname, which was given to him by his mother when he was two years old. "I used to get called a lot of different things. But that was just the one that stuck."

He Shined During His College Career at LSU 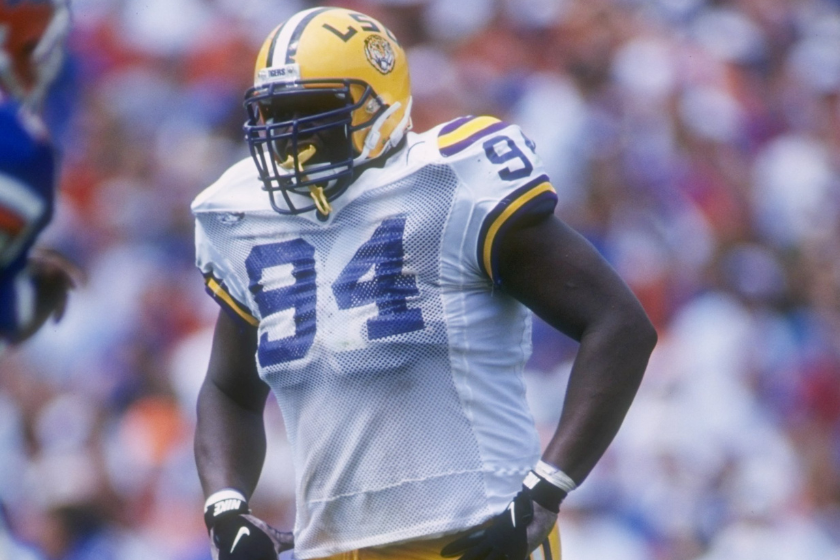 After graduating from Winnsboro, McFarland continued his career in football, enrolling at Louisiana State University and joining the LSU Tigers football team. Despite being listed as a defensive tackle, Booger became a fan-favorite in Baton Rouge after he started being utilized occasionally on offense as a fullback.

While at LSU, McFarland helped lead the Tigers to three bowl game victories, including the 1996 Peach Bowl against Clemson, during which he was awarded 1996 Peach Bowl Defensive MVP honors.

McFarland was a First-Team All-SEC and All-American in his senior year at LSU, and following the campaign he opted to declare for the 1999 NFL Draft.

Booger in the NFL 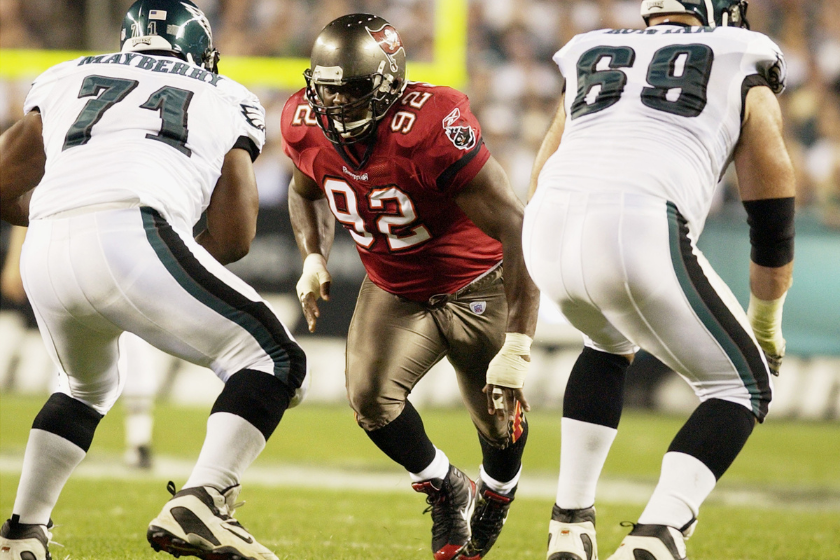 Booger McFarland was selected with the 15th-overall pick in the first round of the 1999 NFL Draft by the Tampa Bay Buccaneers. McFarland would spend eight seasons in the National Football League with the Bucs.

Despite never making a Pro Bowl during his tenure in Tampa, McFarland managed to win Super Bowl XXXVII with the Bucs against the Oakland Raiders, earning the first ring of his career in 2002.

McFarland was traded to the Indianapolis Colts in 2006, reuniting the defensive tackle with head coach Tony Dungy. McFarland would help improve Indy's defense and earn a ticket to Super Bowl XLI against the Chicago Bears, which the Colts would win.

During the following offseason, McFarland suffered a knee injury at training camp which put an end to his career as an NFL player.

Across his eight-year professional career in which he won two Super Bowl rings, McFarland recorded 22.5 sacks and forced four fumbles. He played in 98 games for the Buccaneers, 11 for the Colts and in total featured in nine playoff games during his playing days, according to Pro-Football Reference. 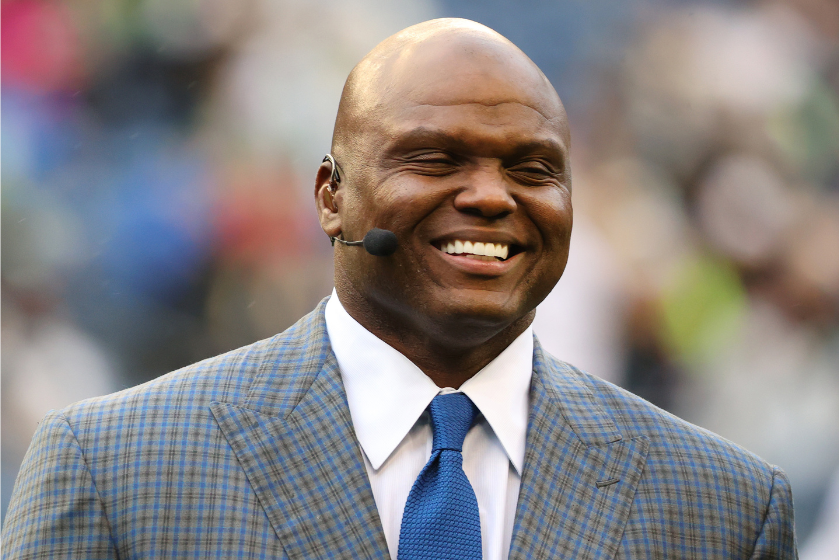 RELATED: Who is Booger McFarland's Wife?

Shortly after his football career came to an end, Booger married his wife, Tammie McFarland. The pair wed in 2008 and have two children together.

In post-football life, McFarland got interested in sports media. The former NFL player hosted a popular Tampa radio show up until December 2014. He then joined the SEC Network as a football analyst, before joining ESPN's ABC college football broadcast team, while also featuring as a part-time guest on ESPN's Mike & Mike.

His first opportunity on MNF came as a sideline reporter, along with the aforementioned Booger Mobile, in 2018. He was promoted to color analyst in 2019, where he'd share the booth with NFL announcer Joe Tessitore, after Jason Witten opted to return to life as a football player for the Dallas Cowboys.

The Tessitore-Booger combo was less than popular among the primetime audience, and the two were relieved from the role before the 2020 season.

Since being replaced on Monday Night Football, Booger now works on ESPN's "NFL Primetime" and helps with the network's college football coverage. However, he does still work with MNF as an analyst on Monday Night Countdown.

The former professional football player also has a popular Twitter account, @ESPNBooger, where he boasts over 161,000 followers and frequently tweets about sports.

While Booger isn't a name most people would want attached to them, McFarland has owned the moniker since he was two.

At this point, even if he wanted to, there's no way the 44-year-old could shake the nickname.