Deion Sanders arguably has the most fitting nickname ever for a star athlete. He actually has a case for the top two.

Whichever moniker you prefer -- "Prime Time" or "Neon Deion" -- Sanders embodied it on the field, winning two Super Bowls and appearing in a World Series. Now he's manifesting his persona as head coach at Jackson State -- one of the nation's Historically Black Colleges and Universities (HBCUs) -- where he's drawn ultrabright spotlights and national attention to the FCS school.

ESPN's "College GameDay" usually sets up at Power 5 schools for heavyweight showdowns and fabled rivalries. But on Saturday, it's slated to air from Mississippi Veterans Memorial Stadium for Jackson State's home finale. The flagship show is hitting town roughly a week after "Good Morning America" anchor and HBCU alum Michael Strahan visited to celebrate JSU's homecoming during a live broadcast. That week began with a Sanders feature on CBS' "60 Minutes," which drew nearly 11 million viewers.

Sanders was "really excited" when he heard "College GameDay" was coming. "But you gotta understand, I expect stuff like this," he told reporters Tuesday. "Why not us?" 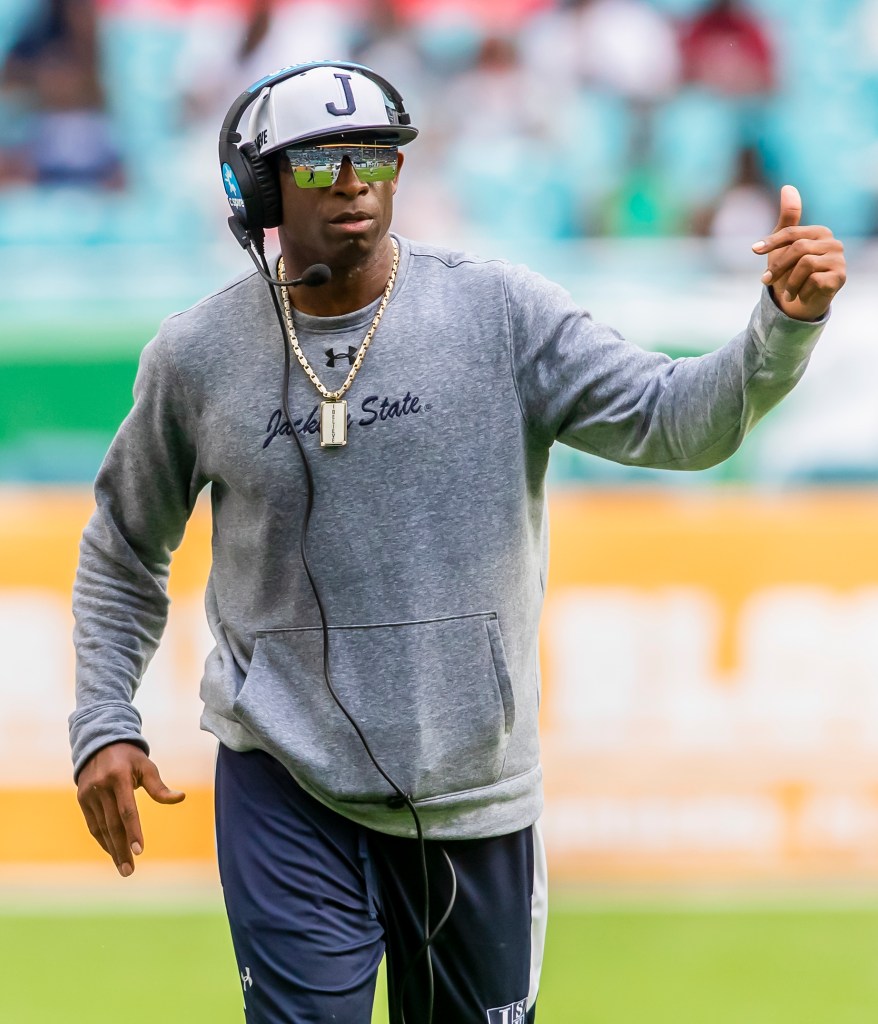 The Pro and College Football Hall of Famer is accustomed to being a magnet for cameras and microphones. Conversely, HBCUs have rarely gone hand-in-hand with mainstream media. They've grown closer through association since "Coach Prime" came aboard in 2020, and shocked the world in 2021 by signing top-ranked recruit Travis Hunter. Every time Sanders appears in an Aflac commercial - just like every replay of co-star Nick Saban accusing him of cheating - HBCUs get a little more shine.

But Sanders is viewed as the sun that others merely orbit, understandable because he's one of the biggest names in college football, period.

HBCU football dates to 1892 and generations have followed it for decades, way before Sanders arrived with a revolving horde of journalists and freshly minted fans. As sometimes happens when newcomers "discover" well-established operations, the old-timers can feel disrespected and a bit resentful. 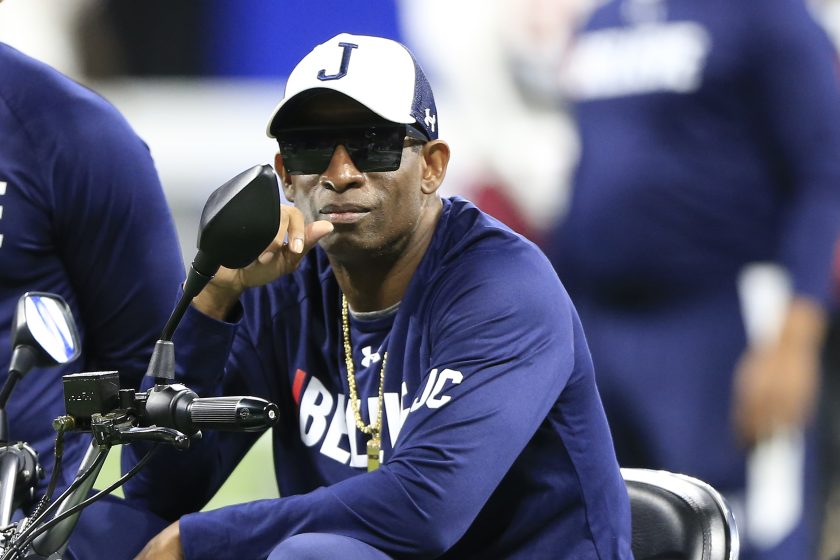 JSU plays in the Southwestern Athletic Conference (SWAC), which celebrated its 100th anniversary in 2020. Alabama State coach Eddie Robinson Jr. (no relation to the Grambling architect), is a two-time SWAC Defensive Player of the Year who played 11 NFL seasons and reached a Super Bowl. He had a brief dust-up with Sanders on Oct. 8 following JSU's 26-12 victory.

Sanders was an All-America cornerback at Florida State, where he cultivated a personal brand that was years ahead of its time. He's not an HBCU lifer like South Carolina State coach Oliver "Buddy" Pough, in his 21st season at his alma mater, or Southern coach Eric Dooley, who returned after stints with Prairie View A&M, Arkansas-Pine Bluff and Grambling, where he played.

But Sanders is unquestionably the face of his conference and its driving force for exposure. "If I ain't SWAC, then who is SWAC?" he told reporters in response to Robinson's proclamation.

Three days later, Amazon announced plans to release a docuseries, "Coach Prime," on him and the school.

Sanders has proven to be more than a flashy celebrity and PR machine. Jackson State is undefeated (7-0) and ranked fifth in the FCS Coaches Poll. His overall record is 22-5, including a SWAC title and Coach of the Year award. In addition to Hunter, the top recruit who decommitted from Florida State, JSU's incoming class this season featured 12 four-star players, unheard of at this level. Off the field, the city's marketing bureau calculated a $30 million impact from JSU football last year, nearly double the 2019 estimate.

Texas Southern coach Clarence McKinney said Sanders has been an asset for Jackson State and the conference. "It's been great for the SWAC because we have more cameras on us now," McKinney told reporters at media day. "We have more eyes watching us. People are playing attention to the SWAC a lot more since coach Prime has been in the league."

What Happens When Deion Leaves JSU? 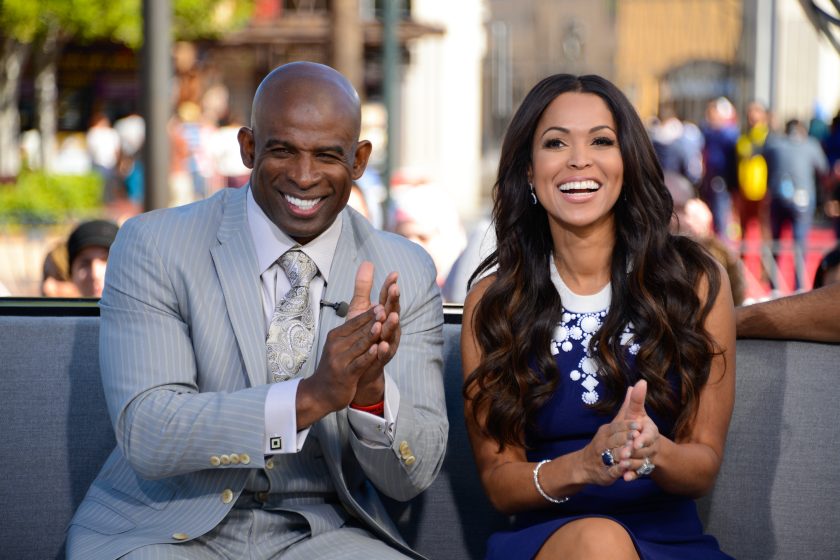 Critics wonder how long he'll stay and what happens if he leaves. Sanders is a hot candidate for Power Five openings and knows an offer might be forthcoming. "I'm gonna have to entertain it," he said on "60 Minutes." "Straight up. I would be a fool not to."

Such reasoning hurts the feelings of romantics who long for a return to HBCUs' heyday.

Sanders has been an advocate, insisting on bigger checks for beatdown games and more exposure for NFL draft prospects. If he stays as a long-term fixture in Jackson, Mississippi's beleaguered capital, they'll probably build a statue outside the stadium. But fans fear momentum would slow and everything else - money, coverage, recruiting - would recede if he departed.

A dip wouldn't be shocking. National consideration might wither and interest might fade. The cool factor could be diminished for those newcomers Sanders drew. But most only skim the surface anyway.

There are 107 HBCUs and a bunch don't field football teams. More than 25% play in NCAA Division II's Central Intercollegiate Athletic Association and Southern Intercollegiate Athletic Conference. The SWAC and the Mid-Eastern Athletic Conference dominate mainstream presence as FCS leagues; their champions meet in the annual Celebration Bowl, aired on ESPN from Mercedes-Benz Stadium in Atlanta.

Real life, not sports, is prioritized at HBCUs. They operate on meager budgets but still account for 17% of all bachelor's degrees and 25% of all STEM degrees awarded to Black graduates. Sanders' skeptics believe he's about himself and money more than the mission and purpose. I believe he's genuinely interested in his players, not just sons Shedeur and Shilo Sanders, but every young man he coaches and recruits.

Either way, no one else has Sanders' juice and he'll be missed if he takes it elsewhere. HBCUs will continue to provide their vital service, regardless, because they have no choice. So they should drink up while they can.

And enjoy the show.

MORE: The 6 Most Successful HBCU Coaches of All Time