Football at Daytona? This Seriously Needs to Happen Soon 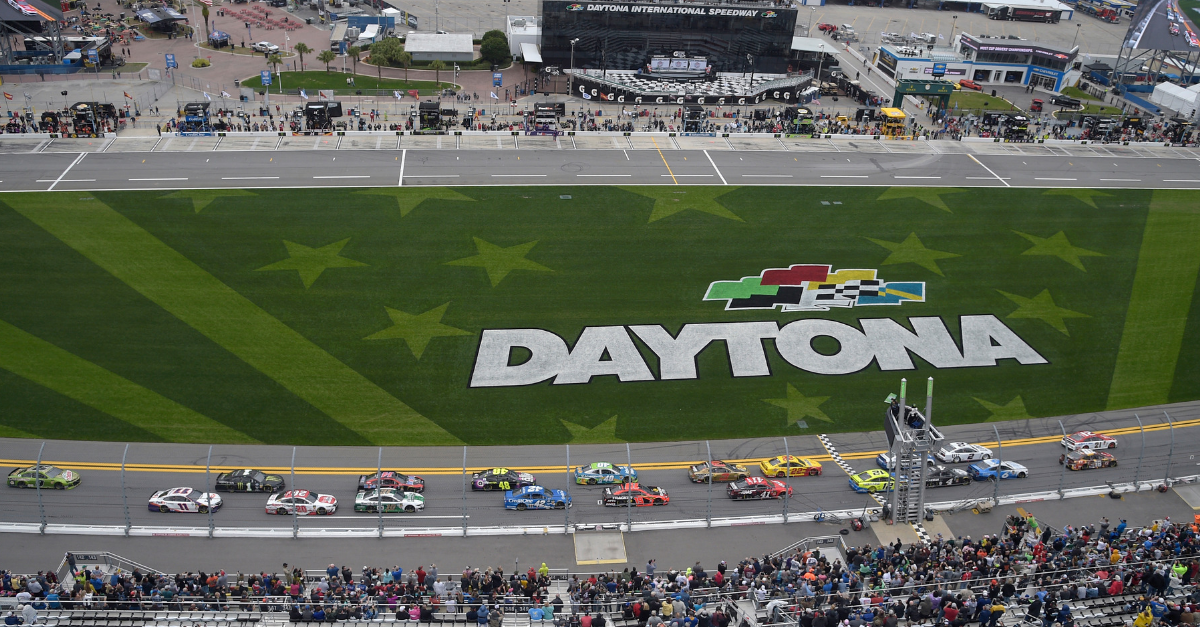 With both the NFL and college football seasons officially over, a lot of sports fans are shifting their focus to college basketball, golf, and even NASCAR. However, that?s not going to stop anyone from still thinking about the gridiron game we all know and love.

But what if someone told you that football could be played at Daytona International Speedway, the home of NASCAR?s most prestigious event each year in Daytona Beach, Florida? Would you want to go? It sounds like it really might happen.

Daytona International Speedway interested in hosting a football game; it previously held several Bethune-Cookman games in the past: https://t.co/XjosXkHM1l

RELATED: NFL?s 2019 London Games Series Will Bring Something New to the Table

Since the famous track was built in 1959, football games have been played there before. Daytona was the home for Father Lopez Green Wave high school football games the same year the track opened, and then later hosted four college football games of the Bethune-Cookman Wildcats back in 1974 and 1975. However, no touchdowns have been scored there since.

The idea of Daytona International Speedway playing host to a football game has been tossed around for the last few years, but it?s more possible now than ever to see it happen, according to Forbes.

After major renovations over the years, the 2.5-mile tri-oval track has a long strip of grass in front of the main grandstands, which is perfect for a football field. Add in the 101,000 seating capacity and it checks off all of the boxes to make it a highly successful sporting event

It?s also proven that it can work. Bristol Motor Speedway held a big-time game between the University of Tennessee Volunteers and Virginia Tech Hokies back in 2016 and broke an NCAA record for attendance with over 156,000 at the game.

So while Daytona Stadium and its 9,600 seating capacity is nice, having a football game where the Daytona 500 is each year would be beyond epic and it seriously needs to happen soon.

The only question is: Who should play in a game there? Any professional football games would obviously draw big crowds, but this atmosphere screams college football.

How about the Florida Gators against the UCF Knights? Orlando is only an hour away and Gainesville is just two hours away. It makes the most sense, and it?s a perfect neutral site game in Central Florida.

Only time will tell if Daytona International Speedway will host a Division I football game, but there?s no doubt it would be a popular move.