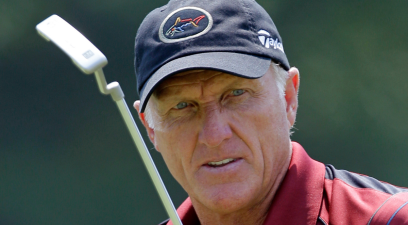 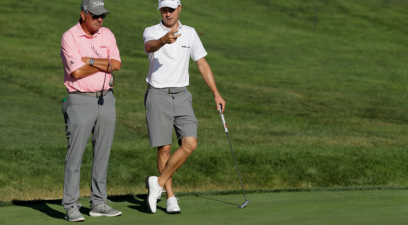 Despite what privileged millennials will tell you, it’s a great time to be alive. We have tons of benefits that make our lives easier, and we have the ability to stay connected and capture moments with our cell phones, like the one you’re probably reading this on.

For those who had the chance to see Tiger Woods play in his prime, there was hardly a moment that you didn’t want to capture. In the late 1990s and early 2000s, though, smart phones weren’t attached to everyone’s hand, so you had to (GASP) actually watch him play with your own two eyes!

Now that Tiger is making his comeback, there is almost never a moment fans want to miss.

One Reddit user mashed together two photos of Tiger Woods teeing off — one is from 2002, and the other is from 2018.

Look at the incredible difference at how these two moments are being taken in by the gallery behind him.

If you don’t take a picture for your Instagram, did the moment ever actually happen?

Only 16 years difference, and almost no fan is watching Tiger with their own two eyes.

In contention through two rounds at this weekend’s 100th PGA Championship, Tiger Woods, a 14-time Major champion, is looking for his first signature win since mounting his comeback from numerous back injuries.

The galleries at Bellerive Golf Course have been huge so far, but if Tiger is in contention like he was at The Open Championship, expect crowds, and viewership, to surge.

“I could have easily gone the other way, but I hung in there and turned it around,” said Woods, who completed the first round of the PGA Championship at even par. He tees off tomorrow at 2:48 p.m. ET. – TGR
https://t.co/JCenTwr5uI

Make sure not to put your phones down. Don’t want to miss an opportunity to catch the greatest golfer of all-time doing something legendary.

I mean, it’s not like someone else could just send you the picture…