The Tiger Effect: This Open Championship Was The Most Watched In 18 Years 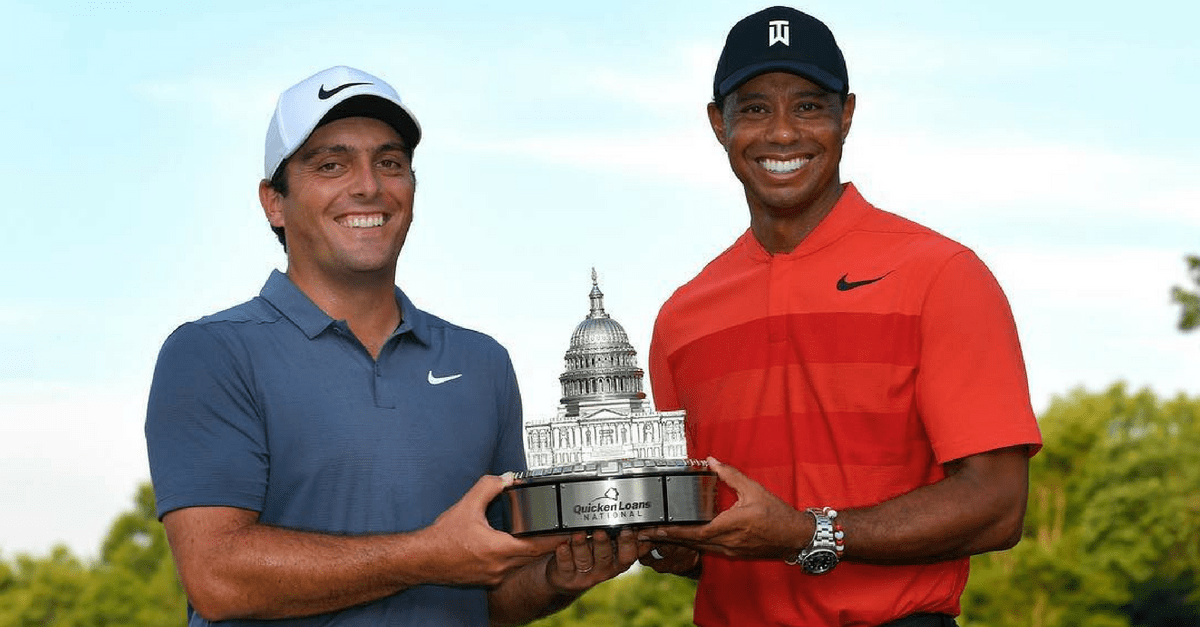 Italian golfer Francesco Molinari held off a tightly contested field at The Open Championship to win the British Open by posting an 8-under score, two shots ahead of the second place finishers. It is Molinari’s first major championship of his career.

The real story of the major championship, though, was Molinari’s partner during Sunday’s final round. Tiger Woods being in contention had an incredible effect on the rest of the tournament: it garnered the highest ratings of any British Open since 2000.

The 2000 British Open at St. Andrews was the tournament where Woods completed his career Grand Slam.

All told, the final round of the 147th Open at Carnoustie Golf Links brought in an average of 6.48 million viewers. The peak of it, between 1:30 and 1:45, shortly after Tiger briefly held the tournament lead, scored 9.36 million viewers — the highest Final Round peak since the British Open in 2006 (also a Tiger victory).

most-watched Open final round since @tigerwoods won the Open in 2000. via @GolfChannelPR : pic.twitter.com/8kFzn4vJVb

Tiger’s shot at his first major championship since the 2008 U.S. Open was squandered when he went double-bogey then bogey on two straight Par-4s on the 11th and 12th holes. He finished 5-under for the tournament, tied for sixth.

It was Woods’ best finish at a major since 2013 at the British Open when he also tied for sixth.

The comeback trail has included testing a new putter, multiple swing adjustments and mental recalibration after Tiger’s career went off the rails following personal issues and an ailing back. From 2014 to 2015, Tiger missed the cut at four of the six majors he entered.

Tiger has not won since the 2013 WGC-Bridgestone Invitational.

The fans’ support today, and all week, was amazing. Thanks for making my return to links golf something I’ll never forget. pic.twitter.com/Om5evUtWFS

Golf currently has one of the deepest fields of professionals the game has ever seen. Dustin Johnson, Justin Rose, Rory McIlroy, Jordan Spieth and Rickie Fowler are becoming household names, but even they don’t even come close to dominating the game like Tiger used to.

Woods also holds the record for most weeks at No. 1 in a career: 683 weeks.

After this weekend’s performance, Tiger has clawed his way back up the World Golf Rankings, and currently sits as the 50th best golfer in the world.

The Tiger Effect is in full-swing, and will continue as his game continues to improve.