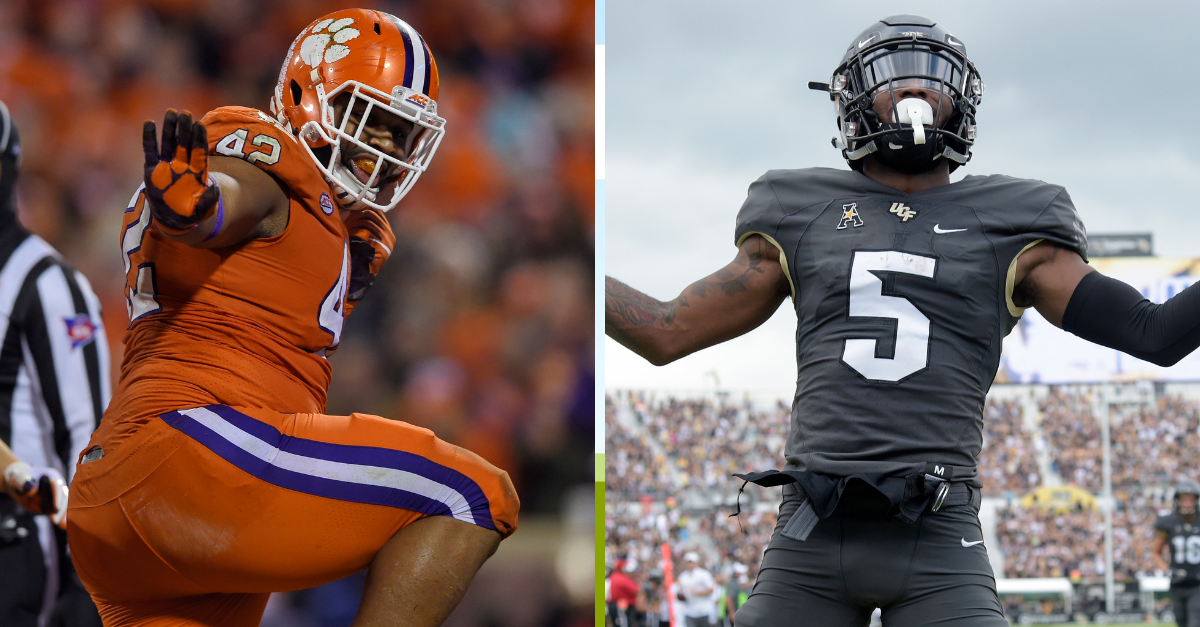 Now that we are entering championship week in college football, the College Football Playoff picture is starting to come into focus… or so we thought.

A lot of things can change in the coming week that can turn the playoff picture upside down. For now, the Notre Dame Fighting Irish, having finished with a perfect 12-0 record, will likely be in no matter what. Championship games remain for the Alabama Crimson Tide and Clemson Tigers still, and the fourth spot remains up for grabs. There’s a lot to be decided, but here are a few matchups we?d love to see:

Oklahoma still has a chance of making the playoffs and wouldn?t it be fun to see two of the top offenses in the nation face-off? Can you imagine the hype if Alabama faced Oklahoma? Tua vs Kyler would be must see TV for the whole country. It would also be interesting to see if the Tide?s defense could keep up with Heisman Trophy candidate Kyler Murray. We already have a clue how the Oklahoma’s defense would perform against Alabama, but can they make that one game-changing stop to end the game?

A lot of people expected to see this matchup in the championship game last year, but we all know what happened. Two of the better defenses in the nation going head-to-head could be one intriguing game. It would also be interesting to see freshman quarterback Trevor Lawrence would go up against an experienced, but young, Georgia Bulldogs secondary, which has yet to really be challenged by a good passer this season. Same can be said for the Clemson secondary going against quarterback Jake Fromm. Georgia and Clemson rank 11th and 12th respectively in the nation running the football, and this would be a game that comes down to one final possession at the very end.

These two programs are looking to make some noise with the talent they have, and this could be one of those games that features two of the hottest programs in the country. Should Ohio State survive and win the Big Ten Championship game against Northwestern, the Buckeyes and head coach Urban Meyer would have a shot at the College Football Playoff with a steaming hot offense leading the charge. Notre Dame is talented, and with Brian Kelly leading arguably his best team, this would be a coaching matchup for the ages.

UCF, Michigan, Washington State, and West Virginia are off the board.

Don?t poo poo this game guys. Since the UCF Knights defeated Auburn in the Peach Bowl last year, everyone is DYING to see these two play. UCF would be a clear underdog going against the mighty Tide. UCF and their fans have been itching to get at the Tide because they believe they could win. Alabama fans want to play UCF for no other reason than to shut them up. This David vs Goliath matchup would be a ratings hit and would put to rest who really deserves to be the No. 1 team in the country.

READ MORE: Is it Time for Alabama-Clemson Part IV in 2019?