Is it Time for Alabama-Clemson Part IV in 2019? 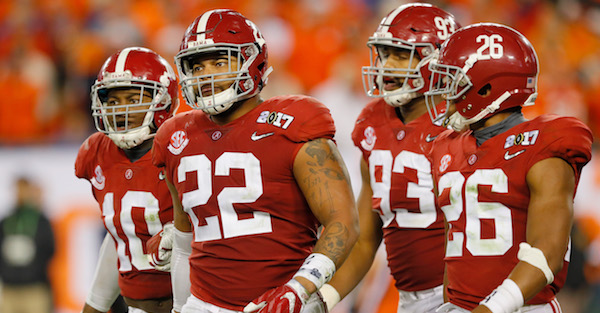 The first showdown was an instant classic. The second one was pretty epic, too. The third installment didn?t quite have the same stakes, and it wasn?t much of a game, but it might be time for another national championship clash between Alabama and Clemson.

No matter the allegiance, watching those two teams battle for college football?s national championship has been a blast. The Crimson Tide fought off a record-breaking performance from quarterback Deshaun Watson to win the title in 2016 and the Tigers got redemption with a clutch fourth-quarter comeback to win in 2017.

In the College Football Playoffs last season, Alabama dominated Clemson in a 24-6 semifinal victory before taking down fellow SEC foe Georgia to win the title.

Is it time for Alabama-Clemson Part IV? That?s what many are projecting to see on January 7, 2019 at Levi?s Stadium in Santa Clara, Calif.,  and have from the very moment the Crimson Tide hoisted the trophy after the championship game last year.

Odds to win the 2018 national championships, per Bovada. pic.twitter.com/2C8BpnrmQq

Like clockwork, Alabama is the heavy favorites win it all again, and rightfully so. Head coach Nick Saban has led his squad to five titles in the last decade and a lot of the key players in the second-half comeback, including quarterback Tua Tagovailoa, were all freshmen.

There?s no doubt the Crimson Tide are incredibly talented and well coached, and with a new slogan #OutworkYesterday, they can be downright scary for any opponent, especially the opener against Louisville.

Meanwhile, head coach Dabo Swinney will most certainly have Clemson back dominating the ACC and national stages. Much like Alabama, the Tigers will need to decide what they want to do at quarterback, but the defense should be strong and you better believe last year?s loss is motivation to get back to the promise land.

Of course, there is a big difference between being the preseason favorites in Las Vegas and getting all to the CFP. There is a lot of business for both teams to take care of, and teams like Ohio State and Wisconsin in the Big Ten, Washington in the Pac 12, Oklahoma and TCU in the Big 12, Miami and Virginia Tech in the ACC, and Georgia and Auburn in the SEC are just a few teams all capable of getting one of those four coveted spots.

Still, all signs point to yet another showdown on college football?s biggest stage, and it almost would be a disappointment if it didn?t happen again in the national championship game.