What Makes a Great College Football Program? A Case Study of Virginia Tech 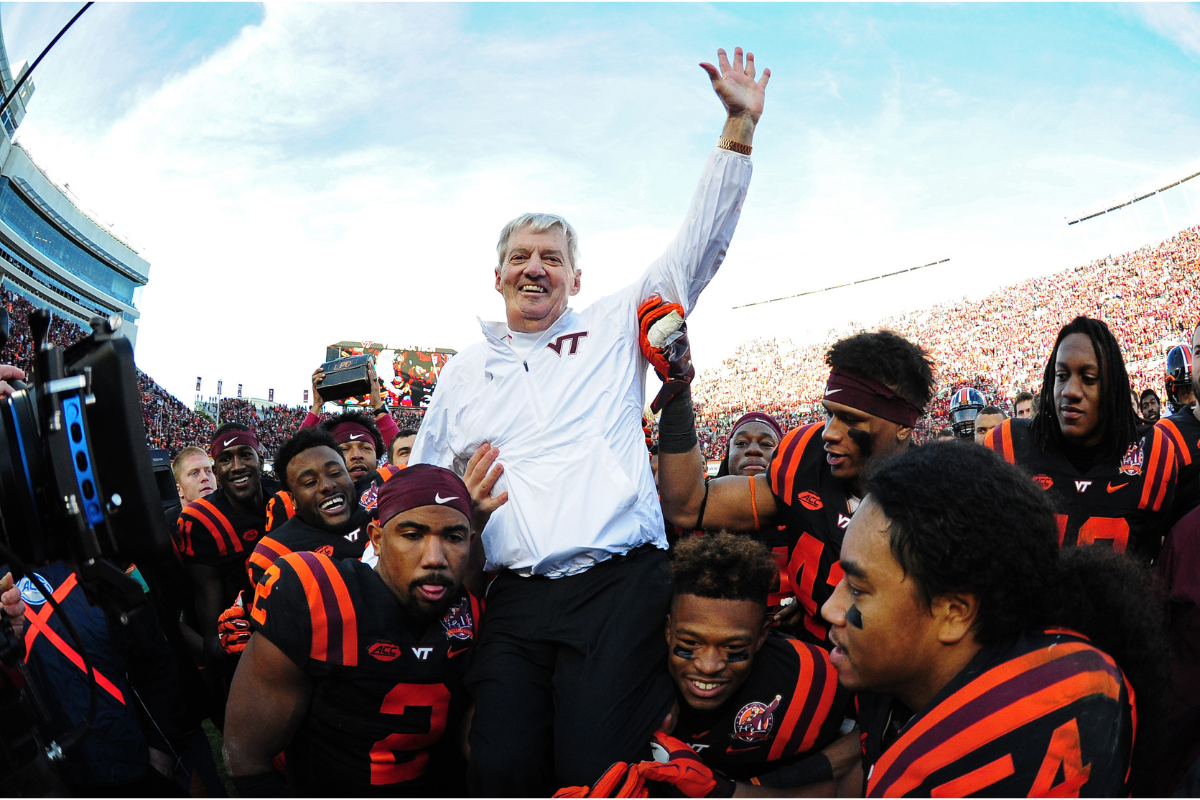 College football would be nothing without traditions. Think of all the famous chants, third-quarter songs, touchdown celebrations and pregame rituals. Then there are the historic rivalries like Michigan and Ohio State, Alabama and Auburn, Texas and Oklahoma and soon-to-be UCLA and Maryland. Traditions and rivalries are the heart and soul of college football, but they would be nothing without the programs behind them.

I love nothing more than when a coach says he’s building a program, not a team. It’s one of my favorite coachspeak statements. But, if one coach builds a good program and it shatters the second he leaves, is it still a good program? Alas, we’re faced with Schrodinger’s program.

Naturally, every program has its ups and downs — even Alabama — but great programs are able to recover under new regimes. Less fortunate programs have a tougher time, which brings up the Virginia Tech Hokies.

Frank Beamer is synonymous with Virginia Tech. The legendary head football coach began his career in Blacksburg in 1987 and accumulated a 238-121-2 record in his 28 years on the sideline. Under Beamer, the Hokie football team became a fixture atop the Big East and ACC, most notably making the BCS National Championship Game in 2000 with Michael Vick under center. VT ended up falling to Florida State, 46-29, in the Sugar Bowl down in New Orleans, though.

Reaching the national championship was the culmination of Beamer’s program building. He had road bumps in his early years, which included three seasons of three or fewer wins, but the program started taking off in the mid 90s, when VT regularly racked up at least eight wins per year. It didn’t stop there, either. From 1999 to 2011, Virginia Tech recorded 11 double-digit win seasons, rivaling any program in the country. And by the time he ended his coaching career in 2015, the Hokies had made 23 straight bowl games.

Beamer’s formula is exactly what every college football program should strive for. He was given time to implement his system, recruit the players he needed to succeed and showed gradual signs of improvement. What more can you ask for?

The problem the Hokies face is they haven’t been able to maintain that success since Beamer stepped away. Justin Fuente kept the momentum going for a few years, mostly with Beamer’s players, but he dropped off and was fired ten games into the 2021 season. Now, former Penn State defensive coordinator Brent Pry looks to right the ship. I know, I know. It’s only been six seasons since Beamer left, but the time required for a college football coach to build his own program is only getting shorter. New coaches are expected to get results by year three. If that were the case back when Beamer arrived in Blacksburg, he would’ve been fired after his sixth season in 1992 because he only had 24 wins. Luckily, there were glimpses of hope, and he was given a longer leash.

What Makes a Great Program?

All this is to ask, is Virginia Tech still a great program? To me, a great program is sustained success under at least two head coaches. Anything less is a good coach who had a good run. So, the Hokies fall under the latter, but Beamer showed that VT can be a great program under the right leadership, even though it may never reach that status again. And there is nothing wrong with that!

Only a select few are truly great programs. Of course, it’s the same group that’s in the mix for the College Football Playoff every year — the Alabamas, Clemsons, Ohio States, Oklahomas and Georgias of the world. Those of us who aren’t fans of those schools recognize it’s nearly impossible to break into their class, but that doesn’t alleviate our fandom.

Fans want to cheer for a team they’re proud of — a team that leaves it all on the field every Saturday. It’s that simple. Going 10-2 as a Wisconsin fan and giving Ohio State everything they can handle would make me ecstatic. Going 8-4 as a Kentucky fan and beating Georgia is winning the Super Bowl. Going 9-3 as a Virginia Tech fan and ruining Clemson’s shot at the CFP would set Blacksburg ablaze.