Who called Purdue going to the Big Ten Championship Game? Anyone? Bueller?

Entering Saturday's game against Indiana, the Boilermakers needed some help to book their trip to Indianapolis. They got it in the form of Nebraska beating Iowa. All the Hawkeyes needed to do was beat the lowly Cornhuskers to win their second straight division title. But the same offensive woes they faced all year were once again their Achilles heel.

So, a win over Indiana would do it for Purdue. However, if they lost and Illinois beat Northwestern, the Fighting Illini would win the division. HOWEVER, if Purdue and Illinois both fell to their in-state rivals, Iowa would win it.

This doesn't matter now since Purdue beat Indiana, but it goes to show how much of a disaster the Big Ten West was this season. Traditional Big Ten West power Wisconsin had a down year after firing Paul Chryst in the middle of the campaign. Minnesota started off strong but faltered down the stretch. Nebraska played with the stink of Scott Frost hanging over the program. Northwestern. ... Northwestern'd its way to an 1-11 record.

Crowning a division winner was like the claw from "Toy Story" making a random, divine choice. Purdue? Sure, why not. They're more or less fodder for Michigan on its way to the College Football Playoff anyway. And don't you dare think the Big Ten will let the Boilermakers ruin the Wolverines' national championship hopes (in theory, of course).

All that said, Nebraska and Wisconsin have already made big splashes on the coaching carousel. With Nebraska hiring Matt Rhule and Wisconsin hiring Luke Fickell, the Big Ten West's biggest brands made great moves for their respective situations. Hopefully, this cleans up the division, too. 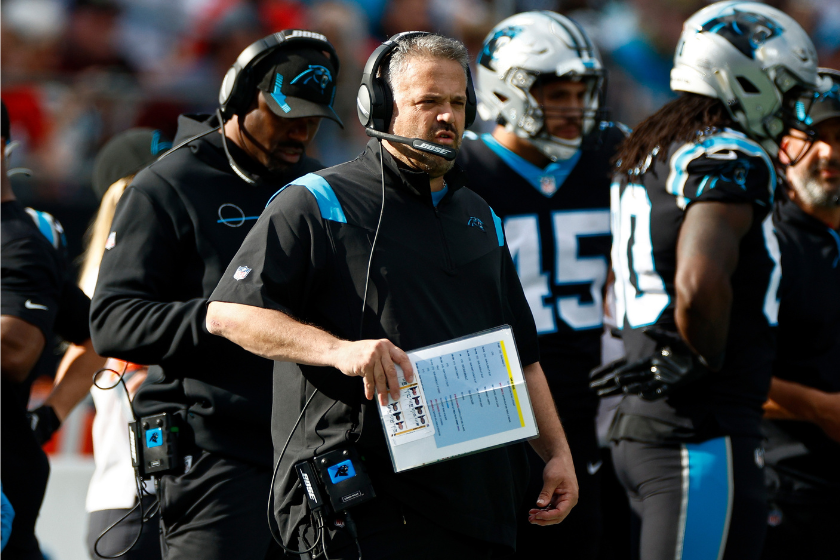 Let me start out by saying Nebraska has a long, long way to go before they can entertain the idea of being competitive for a Big Ten West title. This program needs a complete overhaul after being a dumpster fire the past decade.

We needed a guy who values the trenches and knows how to build a program from the ground up.

Rhule's most recent stop with the NFL's Carolina Panthers didn't go as planned, but we can ignore that. His time in college, where he turned Temple and Baylor into 10-win teams by year three, is why he was one of the most coveted coaches on the market.

Temple had one 10-win season before Rhule arrived in 2013. They had two by the time he left. He then inherited a Baylor program fresh off Art Briles' scandalous tenure and had them in the Big 12 Championship and Playoff contention by his third year. The guy can turn coal into diamonds, which is exactly what Nebraska needs.

The future is bright in Lincoln.

It all starts up front, though, and Rhule said as much in his introductory press conference yesterday.

Nebraska's offensive line was abysmal this year and had quarterback Casey Thompson running for his life as soon as the ball was snapped. The fact Rhule said the line is priority No. 1 is a promising sign.

Along with Nebraska's new football training facility, fan support and NIL and transfer portal allure, Rhule should have the team in the top half of the Big Ten in due time -- something they've desperately failed at since joining the conference in 2011.

I don't expect an 11-win season out of the gate next year, but I do expect them to compete in every game and *fingers crossed* make a bowl game. Remember, the Huskers need to take baby steps everywhere, though. Patience. 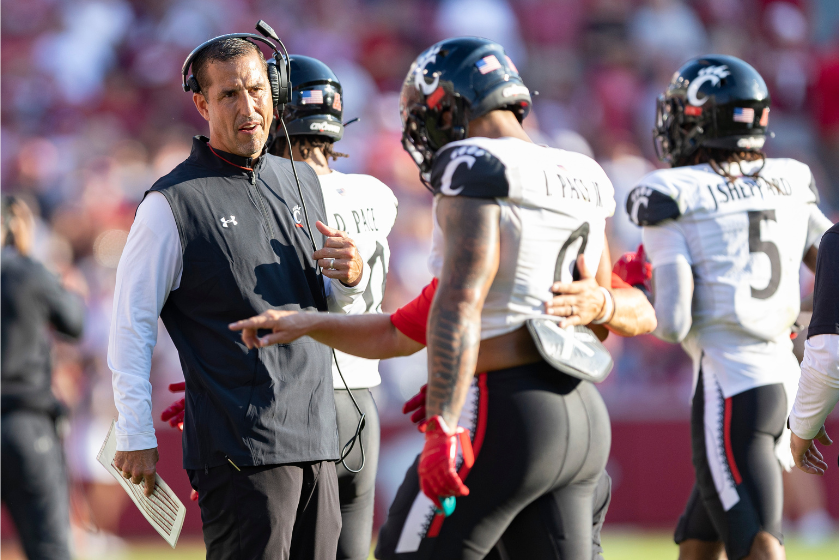 RELATED: Luke Fickell's Wife is the Glue that Holds Their Family Together

This one came out of left field. It was assumed Wisconsin would take the interim tag off of interim head coach Jim Leonhard once the season wrapped up -- as firing Paul Chryst midseason and promoting Leonhard appeared to fast track a "coach in waiting" situation. However, reports emerged of Wisconsin "targeting" (I love this roundabout way of saying hiring. College football's homage to Woj's NBA Draft language.) Fickell this past Sunday.

By Monday, it was official, and Fickell made his first appearance in Madison as the Badgers new head coach.

Wisconsin knocked it out of the park. Fickell turned Cincinnati into one of the most solid programs in the country in his six seasons there. By year two, he was racking up 11 wins, and by year five, he had the Bearcats in the College Football Playoff. Not bad.

Wisconsin has been as consistent a program as any, but their floor and ceiling aren't far apart. They'll get their 8-10 wins and win the West most of the time, but they'll fall to Ohio State in the Big Ten Championship Game. Fickell can raise that ceiling by bringing a dynamic offense to Madison.

The Badgers have long been Running Back U, but they haven't had a playmaking quarterback since Russell Wilson. Fickell developed Desmond Ridder into one of the best QBs in the country at Cincinnati. Watch out once he finds his guy to run his high-flying offense. Pair that with the traditionally staunch Badger defense, and we could have a team that gives Ohio State and Michigan a run for their money.

And maybe, for the first time since divisions were split geographically in 2014, a team from out West can win the Big Ten -- even if they won't be around much longer. My money is on Wisconsin -- for now. But first, let's make the division competitive in a good way.