Following another win for the Seattle Seahawks, Tyler Lockett made a few comments in his post-game press conference that got the internet thinking. The Seahawks wideout had a tough game leading into the fourth quarter, but Seattle's QB was right there on the sidelines to let Lockett know that the team needed him, and that they can only win if he keeps his head in the game.

"It's amazing what you can accomplish when nobody cares who gets the credit--my high school coach always said that."

This comment got NFL Twitter buzzing. Is Tyler Lockett referencing Russell Wilson? And while he didn't specifically name Russ when saying this, it seemed like maybe the Seahawks veteran was hinting at it.

Former Teammates and Coaches Have Thoughts 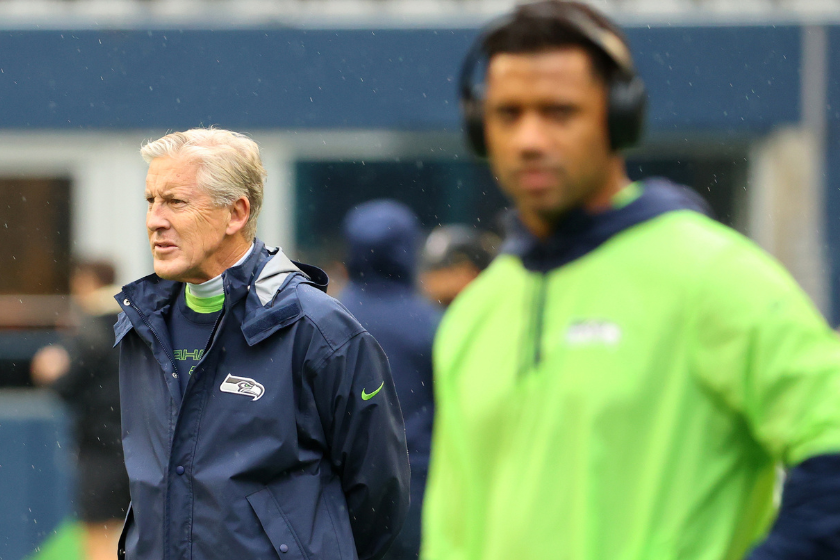 Now, Russell Wilson has been on the hot seat pretty much since he joined the Broncos this season, but did teammates have these feelings about Wilson prior to him exiting Seattle? It's hard to tell, but there's more pointing to the fact that maybe Russell Wilson cares more about the name on the back of the jersey than the name on the front.

There was a video showing the Broncos coming out of the tunnel, and instead of being excited and high-five-ing Russell Wilson, players--if they even high fived him--made it look more like a chore.

Whether it be Luke Willson, Mike Robinson, Marshawn Lynch, Richard Sharman, or now Tyler Lockett, ex-teammates haven't necessarily given Russell Wilson a five-star review. And while he's a corny guy online, that shouldn't automatically discredit Russell Wilson of being a good quarterback and leader. That said, it seems deeper than some cringy videos.

After the Week 1 victory against Russell Wilson, Pete Carroll made some comments in an interview that perked even more ears up. For those who believed Russell Wilson might've been a bad teammate or a hard teammate to get along with, Pete Carroll confirmed those thoughts without really saying it. The most important portion of this interview was when Carroll said, "The game isn't about an individual player here or there. It's about the team. This is the ultimate team sport. And sometimes, when so much focus goes--it just rubbed guys wrong, I guess."

The "it" in that final phrase could easily be swapped with Russell Wilson's name, and it'd be a very believable statement. In Russell's career, there've been moments that make a lot of people question why he's doing it.

There's No I in Team, But There's a U in Russ 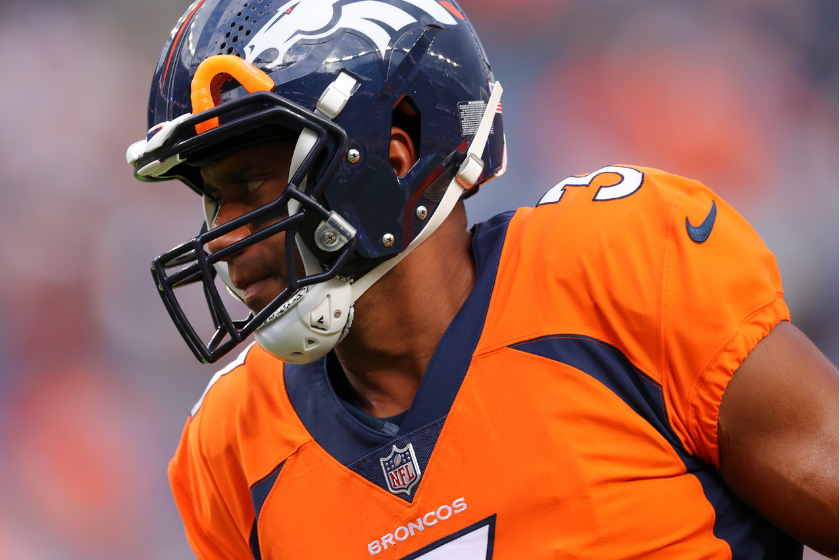 RELATED: Russell Wilson Found Love With Ciara After His Divorce

For example, there was the fake two-minute drill Russell Wilson did when injured, and it was just one of the most obvious "Hey guys! Look at me!" moves ever. Then, in a more recent example, Russell Wilson himself said that he spent hours doing high-knees on the team's flight to London while the rest of the team was asleep. I know if I was trying to sleep on a long flight and my quarterback was doing pregame warmups in the aisle, I might be annoyed. Add that to being with the guy pretty often during practices, team meetings, workouts, etc. It has to be exhausting.

There are plenty of examples proving why Russell Wilson is a teammate that guys don't seem to enjoy. Whether it's the corny attitude, the me-first mentality, or the crave for attention, it has to be exhausting to be Russell Wilson's teammate. And the longer this dumpster fire in Denver continues, the more will come out from teammates--both current and former.

At the end of the day, Russell Wilson isn't the quarterback people want to play for. Plain and simple.