Jachai Polite: 5 Crazy Clips That Prove the Florida DE Is a Force of Nature 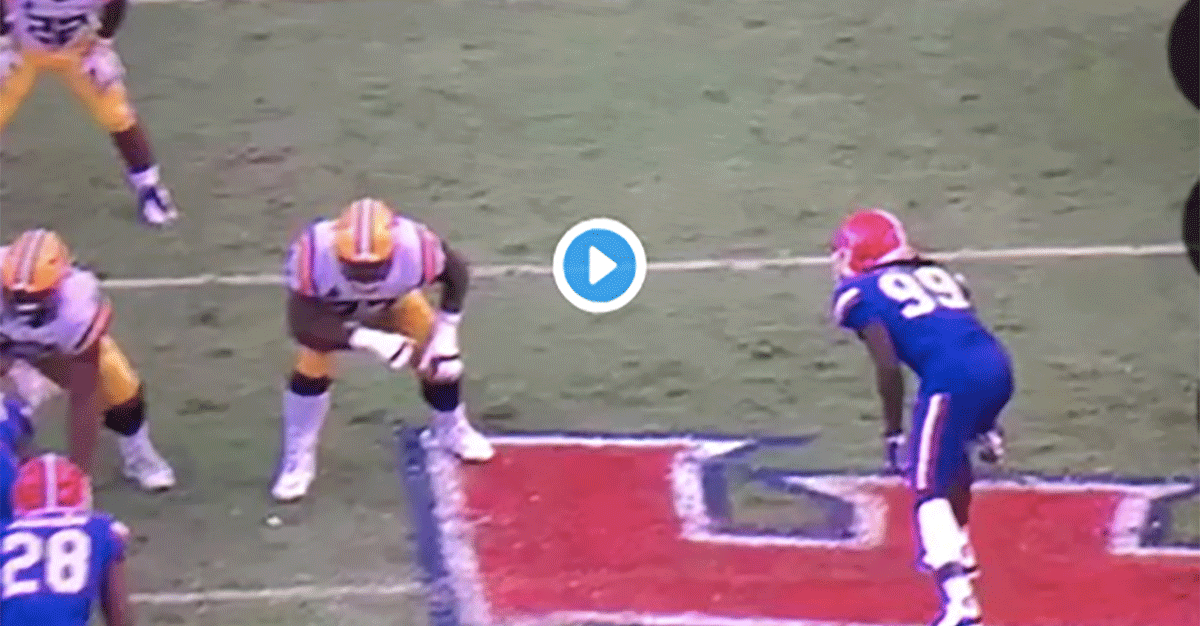 No. 14 Florida is off to a great start under first-year head coach Dan Mullen. As always, the Gators defense has been a big reason they?re 5-1 halfway through the season. UF is forcing turnovers and pressuring quarterbacks at an elite level, part of which is thanks to defensive end Jachai Polite. A junior defensive end, Polite has already racked up six sacks (tied for 1st in the SEC) and an NCAA-leading four forced fumbles this season. The Florida Gators’ single season sack record is 13, set by Alex Brown in 1999. With at least six games left this season, Polite has a legitimate chance to reach that mark in college football.

Many consider Florida the real Defensive Back University because of the sheer number of elite secondary players that have come through Gainesville, but there?s also no shortage of talent along the defensive line. Recent names like Dante Fowler, Taven Bryan, Caleb Brantley, Sharrif Floyd and Dominique Easley come to mind as the best d-ends recently.

Even Mullen, who saw Carlos Dunlap wreak havoc at Florida and was a graduate assistant at Syracuse when Dwight Freeney played there, said during his Monday press conference those guys didn?t have the same bend that Polite has.

With a Twitter handle like @RetireMoms, you better ball out. Every Saturday it seems defensive lineman Jachai Polite is adding to his highlight reel and playing into a check from an NFL team that will do just what his handle says.

Here are five clips that will undoubtedly be on that highlight reel on ESPN or CBS Sports.

Plays like this is why 99 will be playing on sundays 💪🏾💪🏾💪🏾 pic.twitter.com/B7NEKhFcya

I also love he had 4 tackles last season 20+yds downfield – straight hustling til the whistle!! pic.twitter.com/wE0S9JuAYS

One step in. Then boom. Before the left tackle can even blink, Polite is by him and sacking the quarterback. Also, ouch.

PUT HIM IN A BLENDER. Look at the left tackle try to recover after that like Polite wasn’t already knocking the soul out of the quarterback. Maybe keep him in front of you next time.

I just can't get over how Jachai Polite torques his hips on this play to get to the quarterback after being shoved off his initial course by a 300 lb man. pic.twitter.com/diZrXL8i24

Another example of his speed and freakish skills. I wonder if quarterbacks can hear his footsteps or if he?s just faster than the speed of sound when coming off the edge.

1. He literally jumped on the running back from behind. How is that even possible for a defensive lineman?

2. Polite recognizes he won?t have time to get to the quarterback and does a great job swatting the pass down.

3. Ahh, you knew it was coming. Polite makes throwing quarterbacks like rag dolls look way easier than it should be.