SEC Studs & Duds: The Best and Worst Performers of Week 6 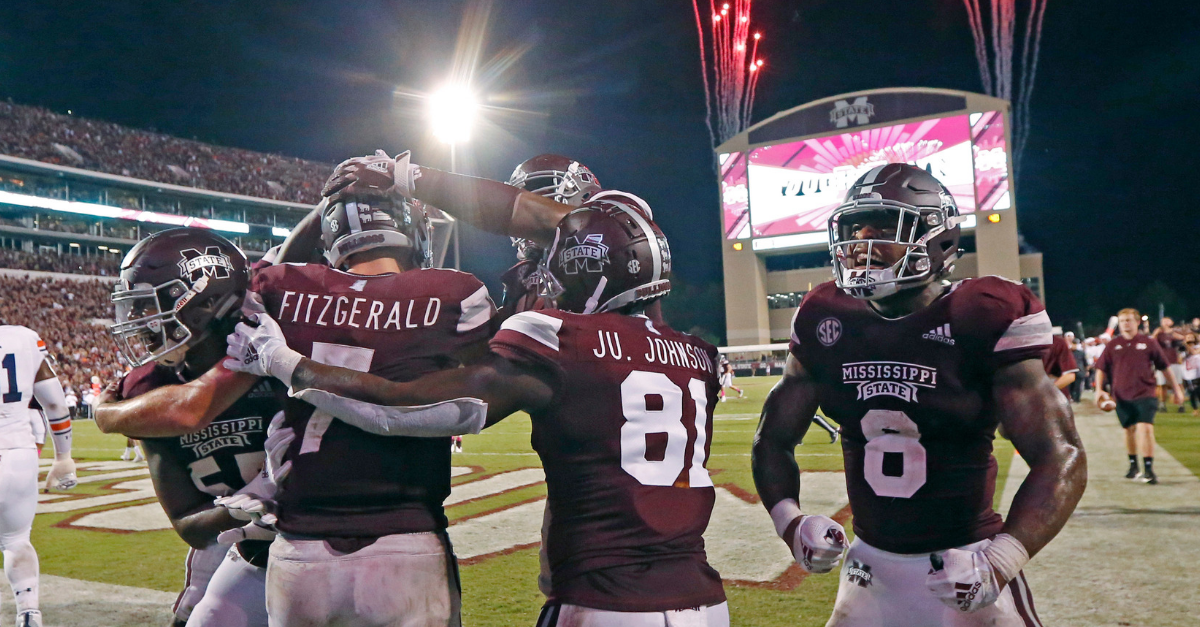 Two undefeated teams lost last week, and that leaves only No. 1 Alabama and No. 2 Georgia as the remaining unbeaten teams in the SEC after six weeks. A season-high eight teams are ranked in this week’s AP Top 25, though, and the Southeastern Conference as a whole shows no signs of slowing down anytime soon.

After last week’s dominating performance over Ole Miss, the LSU Tigers fell victim to one of the league’s most impressive units this week, and one quarterback made the most of his first career start after waiting five years to get it. In a conference where anything is possible, and almost every team (sorry again, Arkansas) has a chance to beat each other, things are really getting good now.

Florida pick-six puts LSU on the brink of their first loss of the year (via @CBSSports) pic.twitter.com/06AXIA7Vy1

The game of the week in the SEC was the No. 5 LSU Tigers traveling to take on the No. 22 Florida Gators in The Swamp. LSU’s offense was coming off its best game of the season, but the Gators proved that this defensive unit is one of the nation’s elite.

Florida allowed touchdown drives on the game’s opening series, and early in the fourth quarter when LSU running back Nick Brossette ripped them for three carries totaling 79 yards including the go-ahead touchdown before the Gators snuffed out the two-point conversion attempt. It was the last time LSU would find the end zone.

Junior linebacker Vosean Joseph totaled 14 tackles and two of Florida’s five sacks on the day, and sophomore cornerback Brad Stewart Jr. slammed the door on LSU’s day by picking off Joe Burrow’s third-down pass with under two minutes to go and taking it to the house.

What a game for @TrayveonW.

Coming into Kyle Field at College Station is no easy task. The 13th-ranked Kentucky Wildcats entered riding a five-game win streak and were a 5.5-point underdog to Jimbo Fisher and Texas A&M.

The game went back and forth, as the Aggies’ defense stifled the conference’s leading rusher, Benny Snell, the entire night, holding him to 78 total yards on 17 touches. After Kentucky returned a fumble for a touchdown late in the game, the Wildcats and Aggies headed to overtime tied at 14.

Perfect! Even if Kentucky loses, they’ll still have to manage SOME kind of points and couldn’t possibly lose by more than 5.5 points, right?

And yes, I was betting on Kentucky.

HIGHLIGHTS | Ole Miss goes off for a program-record 826 yards in a dominant 70-21 win over ULM.#HottyToddy #FinsUpRebels 🦈 pic.twitter.com/BRruY9zP78

The Rebels were reeling from disappointing losses to SEC conference heavyweights Alabama and LSU, and the Louisiana-Monroe Warhawks happened to be next in line to take a thumping.

Quarterback Jordan Ta’amu only played in the first half, but racked up 437 total yards and five total touchdowns as Ole Miss dominated the entire game and won 70-21.

As a team, Ole Miss (4-2, 0-2 SEC) set a school record with 826 total yards of offense, completed 31-of-34 passes and scored a touchdown on every single possession of the game up until their final three drives.

The Rebels have finished their non-conference schedule, and will now turn to SEC play the remainder of the season with the Arkansas Razorbacks (1-5, 0-3 SEC) next week.

"We were close… but close don't get it."

The Auburn Tigers have failed to live up their preseason expectations and slid down to No. 21 in the latest AP Poll following its second conference loss of the season.

The Tigers were completely dominated by Mississippi State in a 23-9 road loss in which Auburn managed only nine first downs and possessed the ball for just over 18 minutes of game time. Quarterback Jarrett Stidham’s frustrating season continued as he completed just 19-of-38 passes for 214 yards.

The Auburn defense allowed 349 rushing yards to basically two players (Nick Fitzgerald with 195 and Kyle Hill with 126), and they looked unprepared to face a team they were supposed to beat. This loss falls on head coach Gus Malzahn, who could be on the hot seat as this team’s offensive struggles continued.

Most players will have had some kind of significant action to their credit when they reach their fifth-year as a senior quarterback. That wasn’t the case for South Carolina‘s backup quarterback Michael Scarnecchia, who replaced starting quarterback Jake Bentley on Saturday.

Bentley was sidelined with a knee injury before the game, and Scarnecchia, a Fleming Island, Florida native who only appeared in three games during his career, led the Gamecocks on a game-winning drive to set up kicker Parker White for a 33-yard field goal to record his first victory as a starter, 37-35.

Scarnecchia out-dueled future NFL draft pick Drew Lock of the Missouri Tigers, finishing the day 20-of-35 for 249 yards with three touchdowns and no turnovers.

The redshirt senior had the game of his life in front of the Gamecocks’ faithful, and while he may not get the chance at significant playing time when Bentley returns, he’ll forever have this moment in time to take with him and an undefeated 1-0 career record as a starter.

Anytime you become an all-time statistical leader in the SEC, you’ve earned accolades as a stud, especially when you pass one of the greatest quarterbacks in SEC history to do it.

The senior passed for Florida Gators quarterback Tim Tebow for the most rushing yards by a quarterback in SEC history on Saturday. Nick Fitzgerald amassed 28 carries for 195 rushing yards and two touchdowns against Auburn, bringing his career rushing total to 2,999 yards.

After gaining one more yard, the Bulldogs quarterback will become the 41st player in SEC history to reach 3,000 career rushing yards and another 421 yards this season will rank him Top 20 in conference history.

Fitzgerald could pass players like Derrius Guice, Garrison Hearst, Mark Ingram and Todd Gurley on the conference’s all-time rushing list this season, with the SEC’s elite also within reach after that.