SEC Studs & Duds: The Best and Worst Performers of Week 5 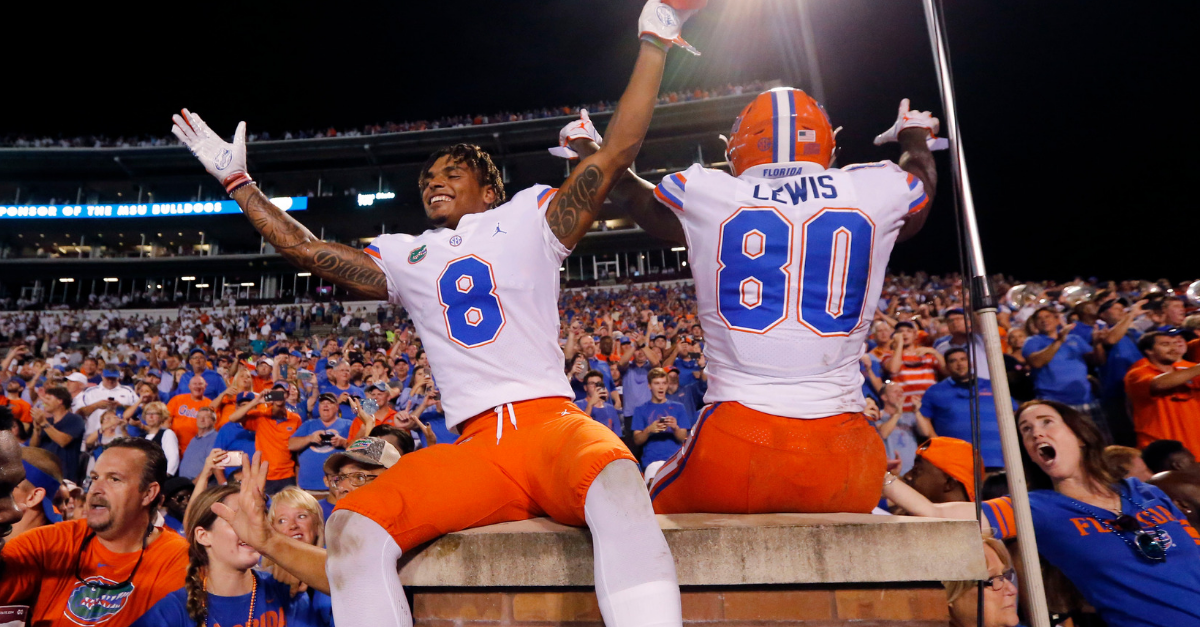 Conference play is finally in full bloom as both divisions of the Southeastern Conference begin to take shape. For the second week in a row, six SEC teams were voted in the Associated Press Top 25 with four teams remaining unbeaten.

In Week 4, it was Alabama’s Tua Tagovailoa and Kentucky’s Benny Snell carrying the load for their teams. This week, it was one coach’s highly-anticipated homecoming and another quarterback impressing in a big way. The SEC is looking strong from top to bottom, but a few programs are beginning to separate themselves.

After turning and running less than a year away removed from signing a contract extension, returning to face your former team is never an easy task. So, how was Dan Mullen‘s coaching performance heading back to Starkville, Mississippi? Genius.

Scoring on a trick-play to start the game set the tone as the Gators defense dominated the rest of the way. Florida held a high-powered Bulldogs offense to 202 total yards, 15 first downs and just six points the entire game. Junior defensive lineman Jachai Polite gobbled up two of the Gators’ six sacks. Now, the Gators only loss of the season to undefeated Kentucky is looking better and better.

Jake Bentley says”It’s on me. It starts with me. I just have to play better. It’s disappointing” pic.twitter.com/lgG0Cknod8

For someone being considered a first-round NFL talent at quarterback, Jake Bentley has been less than impressive in the early window of this season.

After going 13-of-28 for 148 passing yards with one touchdown and three interceptions against Kentucky, the junior quarterback posted his lowest passer rating (81.2) in a game since his freshman year during a 56-7 loss to Clemson.

So far in 2018, Bentley has thrown seven touchdowns against six interceptions, and the Gamecocks are now 2-2 and looking up at the rest of the SEC East.

The graduate transfer hadn’t had a breakout game leading the LSU offense yet, but he delivered in a major way this weekend during the fifth-ranked Tigers’ 45-16 drubbing of Ole Miss.

Joe Burrow went 18-of-25 passing for 292 yards and three touchdown passes. He also led LSU in rushing, tacking on 96 yards on nine carries, including a 35-yard touchdown run to seal the game late.

Burrow’s 388 total yards were the fourth-most in a single game in LSU history. With games against No. 22 Florida and No. 2 Georgia ahead, all eyes will be on Ed Orgeron’s team as they continue to mount a serious campaign to make the College Football Playoff.

Texas A&M’s Jimbo Fisher on the reaction to his grabbing Tyrel Dodson’s facemask during Saturday’s game against Arkansas: pic.twitter.com/BhIWkTkbV4

Coming from the horse’s mouth, this was one of Texas A&M’s worst performances. While the Aggies managed to survive a late push from the Arkansas Razorbacks and collect their first SEC win, head coach Jimbo Fisher was far from pleased, and it showed when he grabbed linebacker Tyrel Dodson by the facemask during the game.

“Probably played our worst football game of the year by far and need to get things fixed,” Fisher said. “Had decent intensity. But our intelligence level, how to play and how to expect to win and play from ahead and do things that champions do and good football teams do, we’ve got to grow in it.”

For a team that took the opening kickoff for a touchdown, held the ball for 36-minutes and out-gained their opponent by 129 yards, it’s back to the drawing board with No. 13 Kentucky coming to College Station next.

During spring ball and summer training camps, many believed freshman quarterback Justin Fields would challenge incumbent starter Jake Fromm for the starting job in Athens. This is still Fromm’s team, but the highly-touted recruit stepped into the spotlight with a bang for the first time Saturday.

The No. 2 rated prospect by 247 Sports and Rivals, and the top overall prospect by ESPN, Fields saw his first significant playing time during the Bulldogs’ 38-12 win over Tennessee. He carried the ball five times for 45 yards and scored twice in the second half.

It remains to be seen how much Fields will see the field, but it’s apparent that head coach Kirby Smart wants to get this kid on the field in any way possible.

We won’t have a third Dud this week, as this spot is reserved for the postgame scene following Vanderbilt’s 31-27 win over Tennessee State of the Ohio Valley Conference. The outcome of the game played second fiddle to the severity of one player’s injury.

Linebacker Christion Abercrombie was injured during the game and taken to a nearby hospital to undergo emergency brain surgery where he remains in critical condition. The two teams came together post game in prayer for Abercrombie, in a show of support that reminds us all how much bigger life outside the game really is.