SEC Studs & Duds: The Best and Worst Performers of Week 4 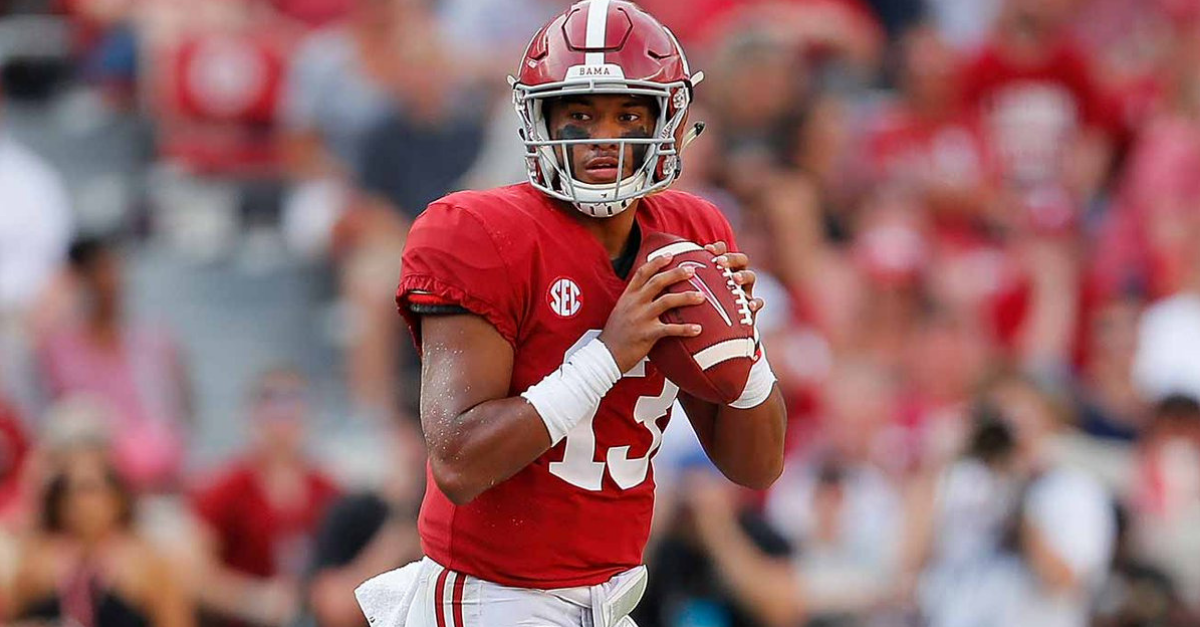 The Southeastern Conference continues to dazzle with another round of games that are shaking up the true picture of how strong the conference is across both divisions. Six teams are ranked in the Associated Press poll this week, and 13 of the 14 teams currently have a record of .500 or better.

Last week, it was the LSU Tigers who scored the biggest conference win of the season and two nominations into the weekly list. This time around, two Heisman Trophy candidates stake their claims with dominating performances, and one special teams unit needs some serious help from anybody willing to give it.

It took until week four of the season for the Crimson Tide quarterback to finally play in the fourth quarter, but this kid just keeps getting better and better.

Tagovailoa ripped the Texas A&M defense to the tune of 387 passing yards, four touchdowns through the air, and another one on the ground. Including a spotless 12 touchdowns to 0 interceptions ratio, the sophomore now leads the entire country with an insane 230.5 passer rating this year, which would smash Baker Mayfield’s NCAA record for a single season (198.9).

Don’t look now, but Tua is making a legitimate case for the Heisman Trophy as long he, and the Alabama offense, keep playing at this crazy level.

It’s going to be a long week of tackling and fumbling drills for Tennessee after their embarrassing showing at home against the Florida Gators.

Four Tennessee fumbles hit the ground on Saturday, all of which came in the first half, as the Gators jumped out to a 26-3 lead after two quarters and never looked back. To boot, Volunteers quarterback Jarrett Guarantano tossed two interceptions, and UT fell victim to a safety pinned deep in their own territory.

Jeremy Pruitt’s team has a lot of things to clean up with a road trip to Athens and the Georgia Bulldogs waiting this upcoming weekend, but they might want to start with basic ball security.

After 25 carries, 165 rushing yards and four touchdowns on the ground, running back Benny Snell is now arguably the greatest Wildcats offensive player in program history.

Snell’s third touchdown of the game was the 38th of his career, breaking Kentucky’s career record previously held by current Green Bay Packers wide receiver Randall Cobb. For good measure, Snell added another one on the next possession, finishing Kentucky’s rout of Mississippi State, 28-7.

With Snell’s performance, Kentucky moved up to No. 17 in the AP Top 25, and it’s the first time the program is ranked since 2007. Maybe Snell’s Heisman hype is for real?

Drew Lock is 0-6 against ranked teams and 2-18 against teams with winning records. So, probably yeah https://t.co/9XC2rAolED

For a Heisman Trophy candidate, you only have a few opportunities in the season for your “Heisman Moment,” where you prove that you’re deserving of the top individual award in the country.

In a home loss to No. 2 Georgia where Drew Lock finished 23-of-48 for 221 passing yards and two turnovers (one of which was not on him), which ends up good enough for a quarterback rating of 26.5. He’s officially out of the Heisman race.

The senior is widely considered to be a top prospect in next year’s NFL Draft, and for good reason — He might have the best arm talent in college football. The Tigers needed to win this game in order to have a chance at surpassing Georgia in the SEC East however, and those dreams appear to be over after being beaten 43-29 at home.

That’s a SAFETY for the #Gators, which increases the Florida lead to 16-3! pic.twitter.com/9kUo5cTM8h

Florida’s defense was missing two of it’s biggest pieces to start 2018, and both returned in the Gators win over Tennessee in grand style.

Reese, a 2016 Freshman All-American who became the third linebacker in program history to record 100 tackles last season, missed the team’s first three games with an ankle sprain. He returned in a big way Saturday logging 11 total tackles and recovering a fumble.

CeCe Jefferson is widely considered to be a high-ceiling NFL prospect, but he served a suspension to start this season for conduct detrimental to the team. The No. 7 rated player in the country by 247 Sports coming out of high school, Jefferson recorded 105 tackles, 28.5 for a loss, and 9.5 sacks through his first three seasons. On Saturday, he returned with three tackles and recorded the team’s safety against Tennessee.

Both of these kids are the real deal, and they’ve given Dan Mullen’s defensive unit a few more toys to play with the rest of the season.

What else can be said about the troubles of Arkansas’ special teams so far this season? After giving up the world’s worst punt return against North Texas last week, the Razorbacks went out and through up another stinker in their 34-3 drubbing at the hands of Auburn.

Punter Reid Bauer sent up a 22-yard punt in the first quarter that barely crossed midfield. The Razorbacks later had a punt blocked that set up the Tigers at the 9-yard line. Then, after Arkansas finally managed a field goal on their first possession of the second half, they gave up a 96-yard kickoff return touchdown the very next play.

Chad Morris’ program is 1-3, and they have games against Texas A&M, Alabama and Ole Miss in consecutive weeks. If something doesn’t change, the Razorbacks are in big trouble.