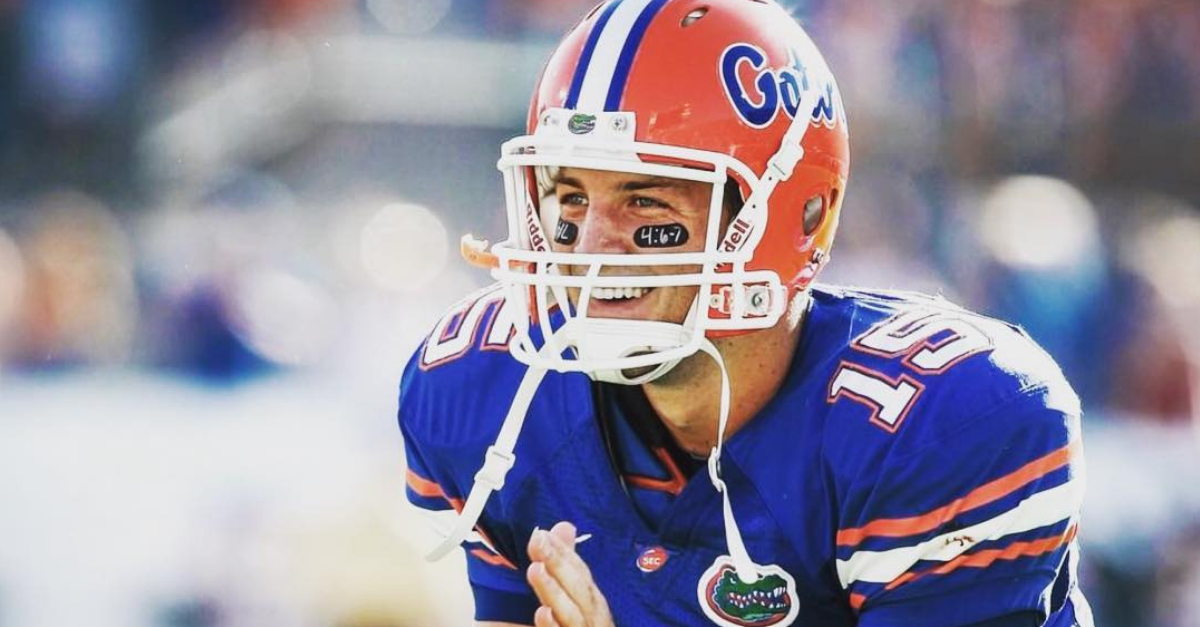 The University of Florida first fielded a football team in 1906. Over the course of their history, the Florida Gators have won 714 games, 22 bowl games, eight conference titles and three national titles. The program is notorious for recruiting amazing coaches and developing south Florida’s finest athletes, as well as their national recruiting presence, into elite NFL talents.

With all that success, only five players have ever been inducted into Florida’s Ring of Honor. The steep criteria for admission into the exclusive club is reserved for only the most elite athletes to ever wear the orange and blue. On Saturday, when the No. 22 Florida Gators host the No. 5 LSU Tigers, a sixth player will be invited into the Ring of Honor.

Put all that together, and you’ve got an all-time legend. Tebow is being rewarded with the highest honor in Florida football history, joining the most elite Gators to ever play in Gainesville.

Tim Tebow says it's not just him being inducted into Florida's Ring of Honor, but all of his teammates as well. pic.twitter.com/HZywIE2Fmm

RELATED: Tim Tebow’s Most Iconic Moment is Simply Remembered as “The Promise”

The criteria to merit consideration into the Ring of Honor is steep, reserved for only the most accomplished players:

— Former Florida All-Americans Inducted into the NFL Hall of Fame

The only other former Gators who could merit these type of accolades would be two-time national champion head coach Urban Meyer and current Pittsburgh Steelers center Maurkice Pouncey, an All-American at Florida who could be headed for Canton when he retires.

Joining these legends is nothing short of the highest honor any Gator could receive. Giving it to Tebow during a huge college football game against SEC rival LSU, who Tebow’s team beat three out of four times they played, is the ultimate power play, too.