There are some guys who are seemingly in college forever.

These guys have it all figured out.

On the gridiron, Oklahoma Sooners quarterback Jason White's time in Norman felt like two decades. In reality, his college career was six years and included a Heisman Trophy and two BCS National Championship appearances as a starter.

White's elongated career is embedded in my memory with him only wearing an OU jersey.

What has the signal caller been up to since? 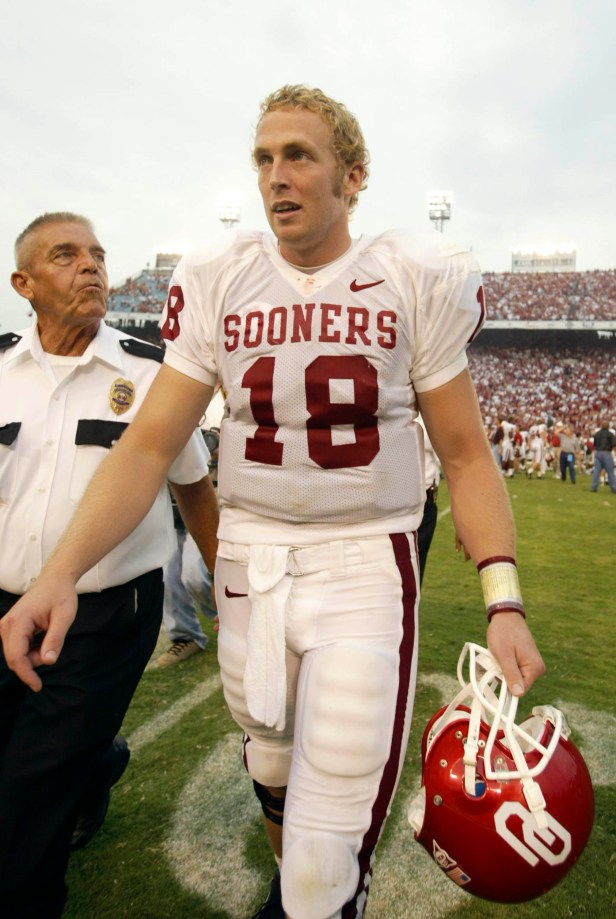 Jason White grew up in the small town of Tuttle, Oklahoma, and graduated from Tuttle High School.

The football player first arrived in Norman in 1999. Taking on a reserved role as a freshman behind Josh Heupel and redshirting as a sophomore, White didn't see much action until 2001 when he took over for starter Nate Hybl, who went down with a shoulder injury against Texas. White suffered a torn ACL in the eighth game of the season against Nebraska.

Oklahoma head coach Bob Stoops named White the starting quarterback for the first time in 2002. His season was short-lived due to a torn ACL in the opposite leg in the second game of the season against Alabama. The brutal injuries each required reconstructive knee surgeries

White was the undisputed starter in 2003 despite his lack of mobility. He threw for 3,846 yards and 40 touchdown passes against 10 interceptions while leading the Sooners to an undefeated regular season record.

Even though Kansas State took down OU in the Big 12 championship, White took home the Heisman Trophy, and the team was selected to play LSU in the 2004 BCS National Championship Game. The Nick Saban-led Tigers prevailed 21-14.

The Heisman Trophy winner was granted a medical hardship and returned for a sixth college football season in 2004. He earned a trip to New York City again for the Heisman ceremony and finished third behind teammate Adrian Peterson and USC quarterback Matt Leinart.

The top-three vote-getters squared off in the 2005 National Championship game in Miami, and Leinart's Trojans cake walked to a 55-19 win.

White went undrafted in the 2005 NFL Draft, becoming the third Heisman Trophy winner besides Army running back Pete Dawkins and Florida State QB Charlie Ward to not be selected.

The Oklahoma quarterback tried out for the Kansas City Chiefs and wasn't signed. The Tennessee Titans signed White as an undrafted free agent but he declined, citing his knee injuries.

White is the only Heisman Trophy winner to be unsuccessful in playing professional football.

He was inducted into the Oklahoma Sports Hall of Fame in 2017.

Nowadays, White is the Vice President of Sales at Air Comfort Solutions -- an HVAC system services and plumbing services company in Oklahoma City. He has grown quite a reputation for appearing in the company's commercials.

Previously, he worked at Capital West Securities in OKC.

White is a co-founder and current board member of St. Anthony Hospital's YourCARE Clinic community centers.

It seems White is shedding his reputation as the guy who never graduated to the air conditioner commercial guy.