USC head coach Lincoln Riley may be young, but he's already one of college football's premier coaches. He proved his pedigree on the field by leading the Oklahoma Sooners football program to four-straight Big 12 conference championships and three-straight College Football Playoff semifinal appearances.

Despite falling short in the Rose Bowl, Orange Bowl and Peach Bowl (in that order), Riley produced two Heisman Trophy winners in Baker Mayfield and Kyler Murray. OU certainly thought Riley's impressive resume was worth investing in, and in 2020, the Sooners inked him to a six-year deal worth $45.2 million. After giving Riley a lucrative extension, it appeared the future of the Oklahoma football team was secure.

But this is college football we're talking about, and no matter how certain something may be, things can always change. For Oklahoma, everything flipped upside down when Riley announced he was leaving Norman to become the head football coach of the USC Trojans. The move came as a shock to Sooner fans, especially after Riley put an end to rumors surrounding his candidacy for the LSU job.

As the Sooners prepare to face the likes of Georgia and Alabama in the SEC, Riley will look to restore college football's West Coast powerhouse ahead of their move to the Big Ten, leaving the Pac-12 behind. His extended football experience will give him the tools to do so at the University of Southern California.

Riley's football career began as a walk-on quarterback at Texas Tech University, where he played behind Kliff Kingsbury. He eventually became a student assistant under Mike Leach there and left for East Carolina under Ruffin McNeill until 2014.

Lincoln Riley's path to becoming the head coach of USC has included stops in Texas, North Carolina, and Oklahoma. His wife, Caitlin, has been right by his side every step of the way. 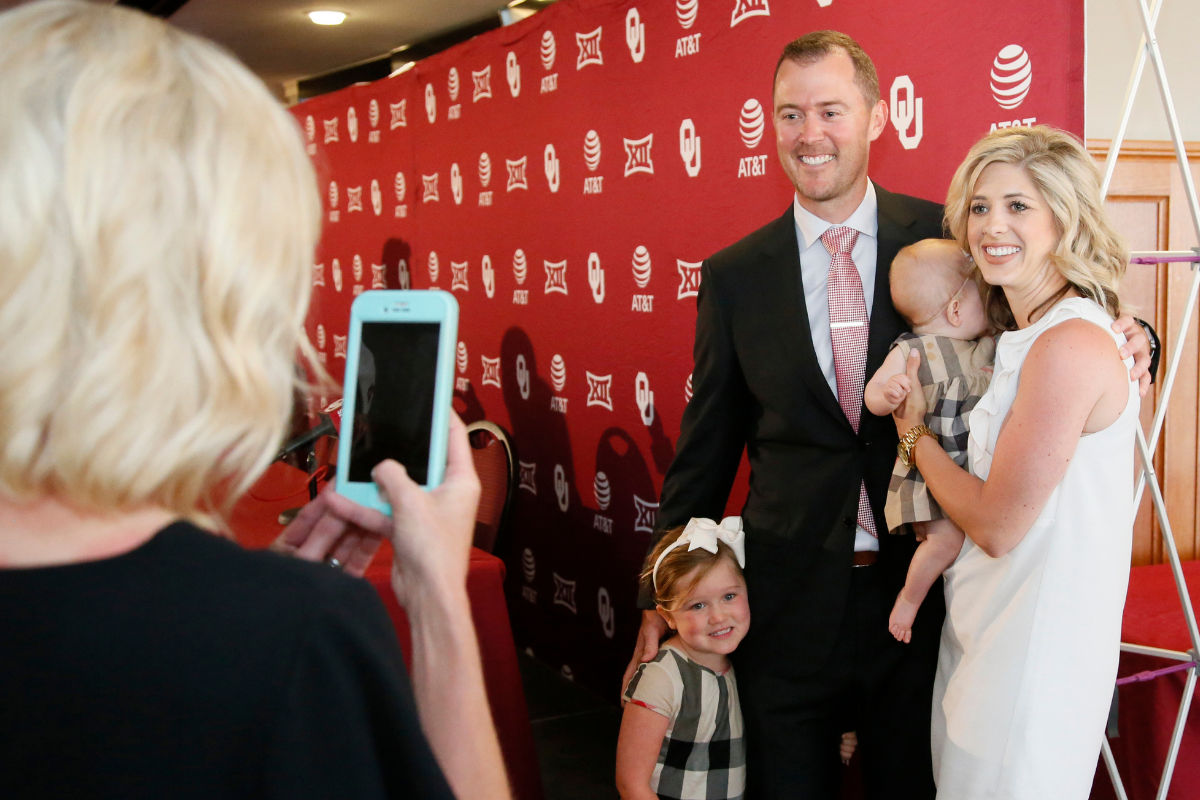 Lincoln Riley's wife Caitlin Buckley Riley has been by her husband's side long before he became a college football head coach. The two began dating way back in their teenage years when Lincoln played football at Muleshoe High School and she played basketball and ran track at nearby Dimmit High School. According to The Tulsa World, she grew up in West Texas in a city called Dimmit, Texas, while Lincoln was born in Lubbock. Their first date sounded exactly like a high school date: Olive Garden and a movie, Sweet Home Alabama. By July 2007, the two officially tied the knot. Lincoln was the wide receivers coach for the Texas Tech Red Raiders at the time.

During Lincoln's career ascension as a college football coach, she's been by him every step of the way (even though she thought he originally would just become a high school coach). The two spent time at Texas Tech, East Carolina and Oklahoma when Bob Stoops hired him as OU's offensive coordinator in 2015.

Caitlin is so dedicated that she even served as the nanny of then-TTU assistant coach (who became West Virginia's head coach) Dana Holgorsen's children.

"It's been good, exciting, never a dull moment," Caitlin told SoonerSports.com. "It's what I had anticipated -- having the desire to win, to feel strongly involved and invested, that didn't really change. I felt that way when Lincoln was offensive coordinator."

Caitlin Riley Was Loved at Oklahoma

Ex-Sooner and NFL outside linebacker Ogbonnia Okoronkwo praised her as "really one of the nicest humans I've ever met."

She was in charge of hosting the team for functions and dinners, during which she became heavily invested in their lives and served as a mother-like figure. Mayfield has said that part of what makes the couple so special is the little things like that.

Aside from his USC Players, the Riley's have Two Daughters 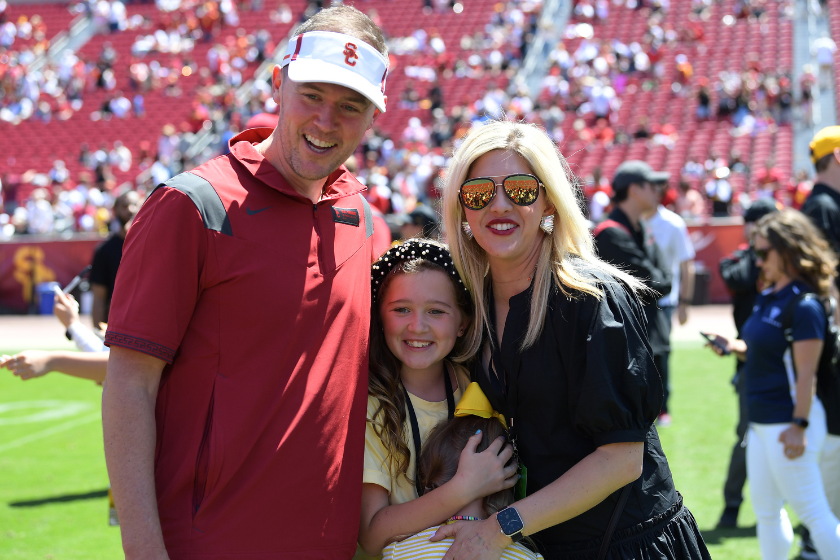 A few days out of the week, Caitlin would bring both girls to Oklahoma's practice to see their father.

"We go to see dad," Caitlin told SoonerSports.com. "Those are two of his later nights, so he's generally not home to put the girls to bed. So we run around and see the boys. We take dinner out there and have practice picnics."

Caitlin keeps her accounts private, but Lincoln has posted on Instagram and social media about his daughters. In 2020, he wished a happy Fourth of July from a boat with his family. He's also taken the girls fishing and horseback riding. Riley is beginning a new chapter in his coaching career, but he'll surely maintain the same family routine once they move to southern California

Considering Lincoln Riley's net worth of $12 million is set to balloon once he gets paid by USC, the American football coach's family is likely set for life.

"We are ecstatic to announce Lincoln Riley as our new head coach and welcome his wife Caitlin and their daughters Sloan and Stella to the Trojan Family," said USC Athletic Director, Mike Bohn, said in a statement.

"Lincoln is the rarest combination of extraordinary person and elite football coach. His successes and offensive accolades as a head coach the past five years are astonishing. Lincoln will recruit relentlessly, develop his players on and off the field, and implement a strong culture in which the program will operate with the highest level of integrity and professionalism.

"Lincoln is universally considered one of the brightest and most talented football coaches in the nation, and the fact that he chose USC is a testament to the strength of our brand, the power of the Trojan Family, and the leadership of our university. This is for our current players, our former players, our alumni, our fans, and our entire university community. Our time is now."

We'll see whether or not the time is truly now for the Trojans, but we're sure Caitlin and her daughters will be cheering on Lincoln from the stands in Los Angeles.