Jesse Palmer is allergic to sleep. Seriously, turn on your TV at any time of the day at any time of the year and he's most likely on it. From being a correspondent on "Good Morning America" to serving as a college football analyst at ESPN to hosting entertainment shows like "eTalk" and "Daily Mail TV" to hosting the "Holiday Baking Championship" on Food TV to hosting "The Bachelor", The Bachelorette" and "Bachelor in Paradise", Palmer is a fixture on our screens. (Phew, I'm gassed after writing that list.)

It's been that way since 1997. Palmer, a Toronto, Ontario, Canada, native, first appeared on college football broadcasts while playing quarterback for the University of Florida under head coach Steve Spurrier. He saw limited action in his first three years with the Gators but appeared in 10 games as a senior while splitting time with Rex Grossman.

He went on to be selected in the fourth round of the 2001 NFL Draft by the New York Giants, where he primarily served as Kerry Collins' backup in the pre-Eli Manning era. After short stints to help the San Francisco 49ers' QB trouble in 2005 and 2006, Palmer retired from the NFL - although not from pro football completely. He was signed to the developmental roster of the Canadian Football League's Montreal Alouettes in 2006, but he never dressed for the team. He called it quits for good before the 2007 season.

It was in the middle of his professional career when we saw Palmer on our TVs away from the football field for the first time. He was the bachelor in season five of the ABC program he would later host. And, In a show designed to find love, that brings us to today's question: who is Jesse Palmer's wife?

Spoiler, it's not who he chose to offer the final rose to on "The Bachelor". 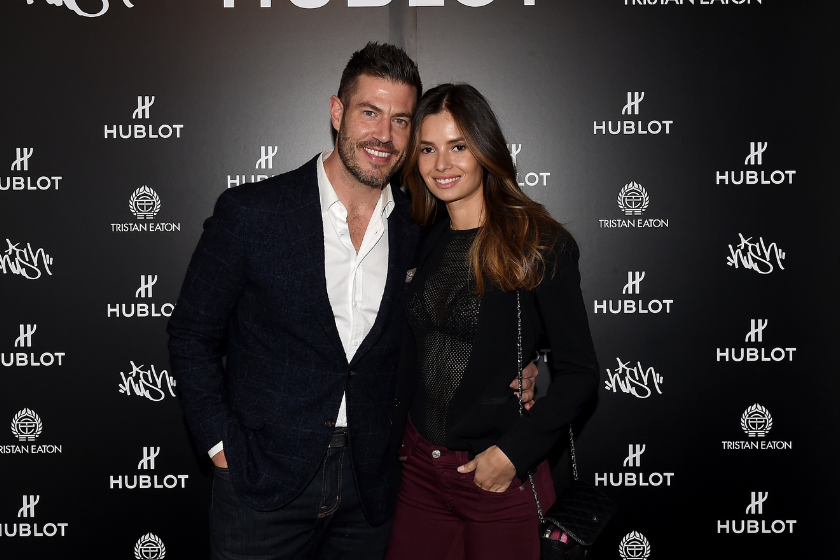 "Bachelor" host Jesse Palmer ended up with Jessica Bowlin after his season as the bachelor, but the two split shortly after the show. He wouldn't meet his wife, Emily Fardo, until 13 years down the road.

Emely Fardo Palmer is a Brazilian model, photographer and yes, casual boxer. She and Palmer met at a boxing class at Rumble, a boxing workout facility in New York City, in 2017 and hit it off.

"I saw her and thought she was beautiful," Palmer told the DailyMail. "I didn't meet her until later, she was coming in while I was leaving. We ended up connecting and our first date was at Rumble two weeks later."

The couple dated for around two years and in February 2019, Palmer popped the question in Champagne, France. Why Champagne? Well, the quaint French town has a special meaning because it was the first place the two vacationed. But, this trip was full of surprises. Sure, getting proposed to is a surprise on its own, but the reality TV host originally told Fardo the trip was to Montreal to visit his family. Then, he surprised her at the airport by telling her the trip was actually to Paris. He surprised her again with an impromptu getaway to Champagne.

"We stayed in Paris on Tuesday and Wednesday," Palmer said. "On Thursday, I surprised her again and booked a car to take us to Champagne."

"There was lots of moving parts but I had it all planned in my mind," he continued. "There's a wedding photographer in Paris that she loves, so I arranged for him to be there at the property."

And France was supposed to be the place where the two tied the knot as well, but the COVID-19 pandemic spoiled their plans. They ended up holding their nuptials at a close friend's house in Connecticut in a small, intimate ceremony in June 2020. Nonetheless, they had a special day.

"We were only able to invite a small group of close friends that live in the greater N.Y.C. area and that were in quarantine at the time," the couple told PEOPLE . "We had a lovely afternoon and look forward to celebrating our love with our parents and immediate families all together soon!"

"Big or small, wedding party or not, we feel so grateful and lucky to have found each other!" they continued.

In their two years as a married couple, they make time to travel, support each other's careers and take care of their dog, an Aussie Doodle named Lou Lou, who has her own Instagram account.

One of Palmer's many hats in addition to being a sports commentator is helping people find love, or at least mediating people finding love, but if his relationship with Emely tells us anything, it's that fellas need to head to their nearest boxing class to find a wife.