Joe Burrow has taken the NFL by storm. The Cincinnati Bengals quarterback withstood nine sacks against the Tennessee Titans to lead the team to its first road playoff victory in franchise history last year, then took the Bengals to a Super Bowl in his second season.

Bringing a title to Cincy is entirely possible given the way Burrow has performed down the stretch. He comes through when he's supposed to. He doesn't turn the ball over and he has a knack for making big-time throws.

If anything, Burrow's ascension to superstardom proves he brings winning with him wherever he goes. He quarterbacked arguably the greatest college football offense ever en route to a dominating national championship season at LSU in 2019. On the way, he became one of the best Heisman Trophy winners of all time by winning by the largest margin of victory in the award's history.

Burrow's success can be traced back to hard work and staying humble, but there has to be something more to it, right? I mean, this guy went from an Ohio State backup to Heisman winner to No. 1 overall NFL Draft pick to one of the best quarterbacks on the planet in a three-year span.

His genes might be the secret ingredient. Joe's dad, Jim Burrow, was a star football player at Nebraska and in the NFL, and he enjoyed a long coaching career. His older brothers, Dan and Jamie, followed in their father's footsteps at Nebraska and weren't too shabby themselves. 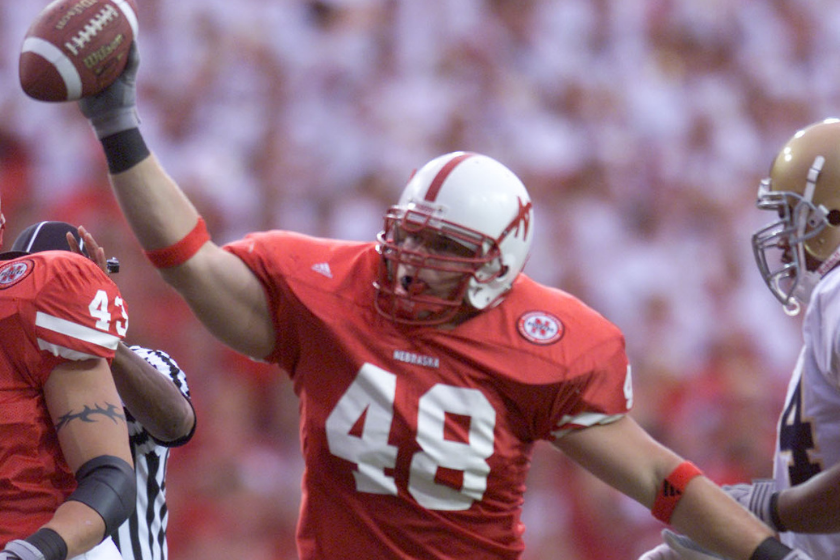 The Burrow family is midwestern at heart. Jamie and Dan attended Ames High School in Ames, Iowa while Jim was on the defensive coaching staff at Iowa State. Joe was born there in 1996. Given Ames' proximity to Lincoln and their father's connection to Nebraska, it made perfect sense for Jamie and Dan to be Cornhuskers.

Jamie Burrow, the oldest Burrow brother, redshirted in Tom Osborne's last season at the helm and played the rest of his college career at middle linebacker for Frank Solich. Jamie's playing time was sparse until he broke out as a senior. That season, he recorded 84 tackles, including 12 for loss and 3.5 sacks, as well as seven quarterback hurries. His performance earned him Second-Team All-Big 12 honors and he was named Big 12 Defensive Player of the Week twice.

Nebraska went 11-1 that year and earned a place in the national championship game against Miami by no controversy whatsoever. Jamie was on the field, Dan was a redshirt freshman safety and Jim was a graduate assistant. Meanwhile, 5-year-old Joe was in the Rose Bowl stands watching. The Hurricanes were, um, decent and won 37-14.

Is football back?! Seems to be so I?m gonna share these tbt pics. pic.twitter.com/immNQwMgcu

Dan arrived in Lincoln three years after Jamie. The middle Burrow played free safety and spent five years on campus like his older brother, but didn't see too much action for the Huskers. He was one year away from playing with Joe's future head coach Zac Taylor. Small world. 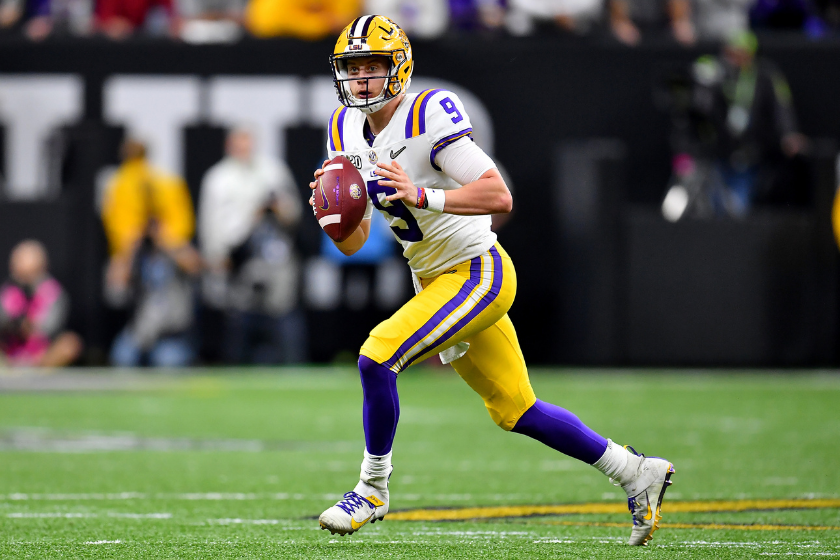 In case you haven't heard since it's only mentioned a mere 10,000 times every instance Joe takes the field, you may be asking yourself why he didn't go to Nebraska like his father and two brothers. Well, he wanted to out of high school, but in one of the many great decisions made by Nebraska in the last 20 years, they said he wasn't good enough.

Dan spoke about his younger brother's Nebraska snub to 247Sports in 2020:

"Joe is a man of few words, so there wasn't a ton of conversation with Joe about it. He didn't say a whole lot," Dan said. "My older brother and I were a bit more vocal because [going to Nebraska] is all we wanted him to do. And for a long time, that's what he wanted to do. But pretty quickly it wasn't really in the plans, it didn't seem like. We thought we had another chance at it a few years later after he decided to leave Ohio State. That unfortunately didn't work out."

You know the old saying: If you can make it at Ohio State, don't even THINK about coming to Lincoln.

Anyway, after football Jamie and Dan both entered the medical sales field. Jamie lives in Omaha, Nebraska with his wife and two sons and Dan lives in Houston, Texas. Dan met his wife, Jama Cash, when he traveled to Alabama to watch Joe's third start for LSU in 2018, according to The Athletic.

Joe's path has helped grow the family in one way, but Dan reflected on how his brother's journey brought the Burrow boys closer together during LSU's incredible 2019 season.

"It's been special for so many reasons," said Dan, who attended all but one game in Joe's two seasons at LSU. "It really has brought our family closer. We are so spread out -- in Texas, Ohio, Nebraska, Louisiana -- that I've probably seen my dad and my brothers more this year [2019] than in any two- or three-year period over the last 15 years."

You can bet your life savings on Jamie, Dan, Jim and their mother Robin Burrow supporting Joe the rest of his NFL career.

MORE: Joe Burrow's Girlfriend Will Always Be His No. 1 Fan