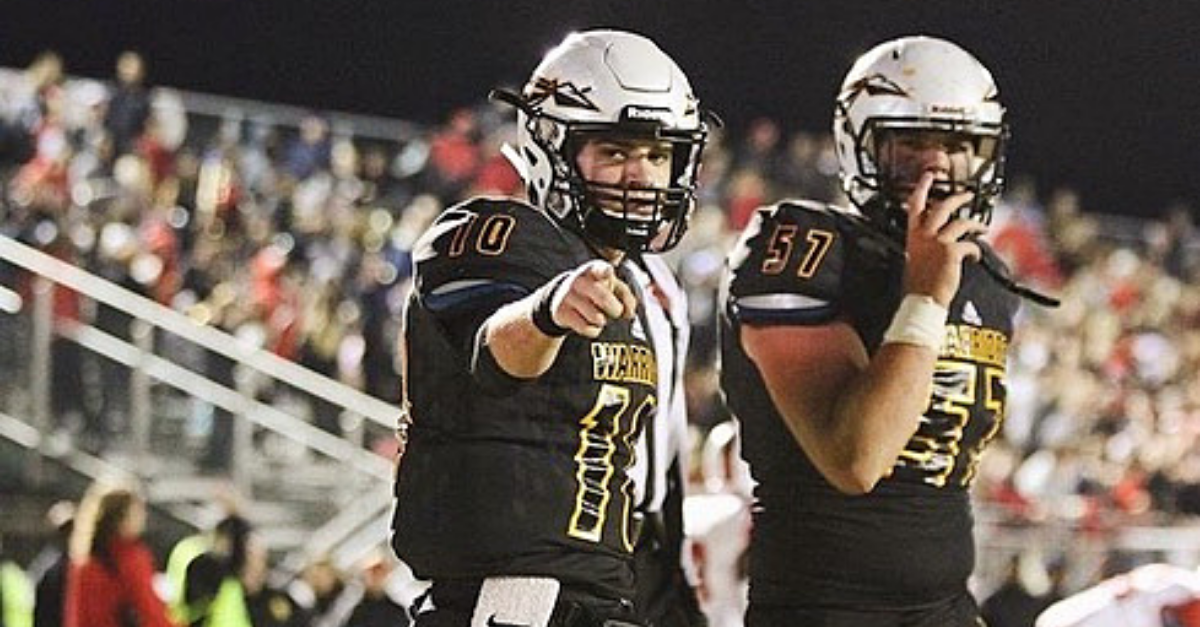 As National Signing Day looms, the finishing touches on college football’s 2019 recruiting classes begin to take shape. While some schools strive to flip a big-name recruit at the last second, other programs like the Georgia Bulldogs are already locked and loaded. The incoming class includes several five-star players including defensive end Nolan Smith, who’s the top-ranked recruit according to 247Sports. Their only shortcoming was having only four quarterbacks on the current roster, and the program just lost their only prospect for next season.

I am so Thankful! God is so good! pic.twitter.com/vI6pjQREzr

I know what you’re thinking: “Doesn’t this idiot mean redshirt?”

Actually, there are four different “shirt colors” that a college player can be considered for. The most common are redshirts, then there are also gray, green and blue. To spare you of the boring parts, you check out this USA Today article that details what each means.

The blue shirt offer, which Georgia offered to Plumlee back in December, was a red flag for the incoming quarterback. As a “blue shirt,” Plumlee wouldn’t join the Dawgs football team until late summer and would have to pay his own way during that time. He told DawgNation that the offer was unexpected and “was kind of hard to swallow at the time.”

“I think one of the main things was it was kind of where I fit in [Rich Rodriguez’s] offense. It was also were my heart was at. It was at Ole Miss. It’s in-state, it’s close. I wouldn’t say distance was just a huge factor for me, but once I took my official visit, it was where my heart was at.”

In his senior season, Plumlee led Oak Grove High School all the way to the MHSAA 6A State Championship game despite injuries to the team’s top two wide receivers, starting running back, and their starting safety. Oak Grove would lose to Horn Lake, but Plumlee nearly led his team to victory with 348 passing yards and four touchdowns. On the season, Plumlee threw for 2,834 yards, ran for 1,444 more and totaled 52 combined touchdowns against just three interceptions.

Not only will he compete for Ole Miss’ quarterback job, but Plumlee informed the Ole Miss baseball staff that he will be playing both sports to start his college career.

Plumlee also considered offers from Auburn, Florida State and Mississippi State, but the Rebels ended up being the choice for one of the fastest and most-exciting athletes of the 2019 recruiting cycle.

With Plumlee’s addition, Matt Luke’s program is set up for a top-25 class next season that includes Allen (TX) quarterback Grant Tisdale and Jackson Academy (MS) pro-style quarterback Kinkead Dent, both of whom are already enrolled.

Plumlee can contribute anywhere on the field with his speed and athleticism, but then again, he worked with NFL Hall of Famer Brett Favre at Oak Grove, so maybe quarterback is where he’ll end up.