Two teams could be in the running for No. 1 OLB Adam Anderson after LSU decommit 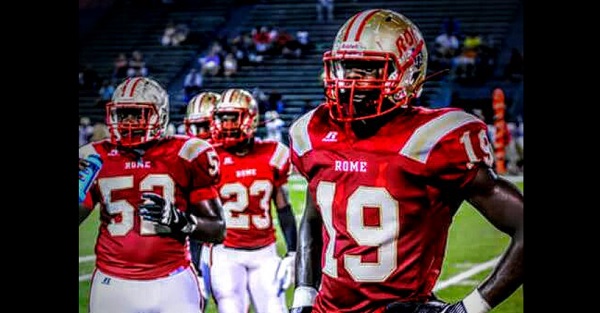 After being committed to LSU for three months, No. 1 outside linebacker Adam Anderson decommitted from LSU on Thursday in order to reopen his recruitment.

Anderson (6-foot-4, 214 pounds, Rome, Ga.) had initially committed to Georgia back in August of 2016, but he decommitted in April and immediately flipped to LSU. With Anderson officially back on the market, many believe that the Bulldogs are now the team to beat.

Woody Wommack of Rivals also postulates that Tennessee could get heavily involved in the race for Anderson. Wommack points to the recent move of Anderson’s Rome High School teammate Jamarcus Chatman — a highly ranked three-star defensive tackle who flipped from LSU to Tennessee just two weeks ago — as a potential catalyst for the Volunteers becoming a top team going after Anderson.

Anderson is rated as the No. 1 outside linebacker in the nation by the 247Sports Composite rankings. Anderson is currently a highly-rated four-star, but he is high enough that he could gain a fifth star before the end of the recruiting cycle.