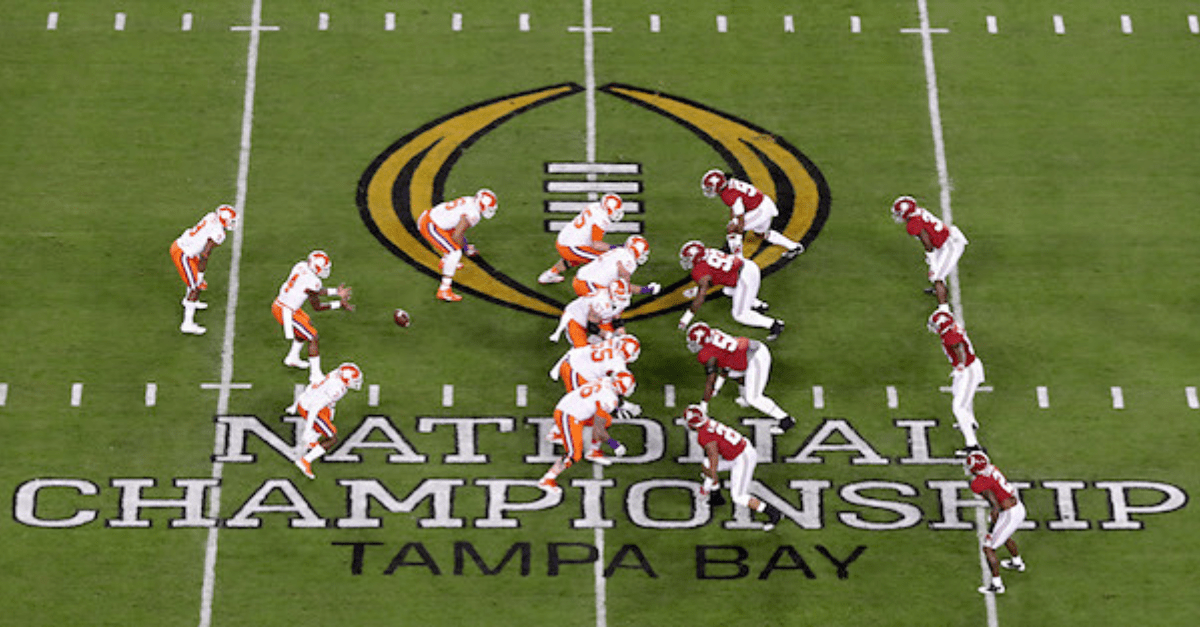 July 2013 was the last time fans had a college football video game in their hands. NCAA Football 14 with Denard Robinson on the cover will no longer be the last game featuring college football teams available on shelves.

With EA Sports releasing the Madden 20 cover athlete, Kansas City Chiefs quarterback Patrick Mahomes, they also released a bunch of information about the game, including being able to play as ten of the best college football programs in the country, and we couldn’t be more excited for it.

Take the journey of an NFL Superstar, starting with the @CFBPlayoff pic.twitter.com/rZlNFILAdi

Though it isn’t the complete college football game everyone wants and needs, it is hopefully a good start to a potential NCAA Football 21. With just ten programs to choose from, it is a long way to go from the total 130 teams. But they came to a deal with ten really good programs that have some of the best brands in college sports.

Here are the teams you can play with in Madden NFL 20’s Career Mode:

These teams won’t just be part of a college football game, but a brand new career mode called “Face of the Franchise: QB1.” In this franchise mode, you start as the backup college quarterback and take over during the College Football Playoff. That begins the road toward impressing scouts before the NFL Draft, becoming a Pro Bowl player, and (maybe) reaching the Super Bowl.

The opportunity to play in the College Football Playoff is something I have wanted for years now and people would definitely pay money for, proven by how much NCAA Football 14 currently costs if you are looking for a copy of the game on Xbox 360 or PlayStation 3. Last summer, I became so desperate for it, I bought a used Xbox 360 and paid $40 for the game even though it had been over five years since the game had been released.

So if this is the beginning of EA Sports getting college football back into the gaming world, it’s really smart. Not only has it caused a lot of people to consider buying Madden NFL 20 when it is released, but it is getting people excited about the prospect of getting the best sports game franchise back after too long of a wait.

Madden 20 releases July 30th with the Superstar Edition and the Ultimate Superstar edition, followed by the game’s wide-spread release on August 2, 2019.