The 4 Coaches Miami Should Have Called Before Hiring Manny Diaz 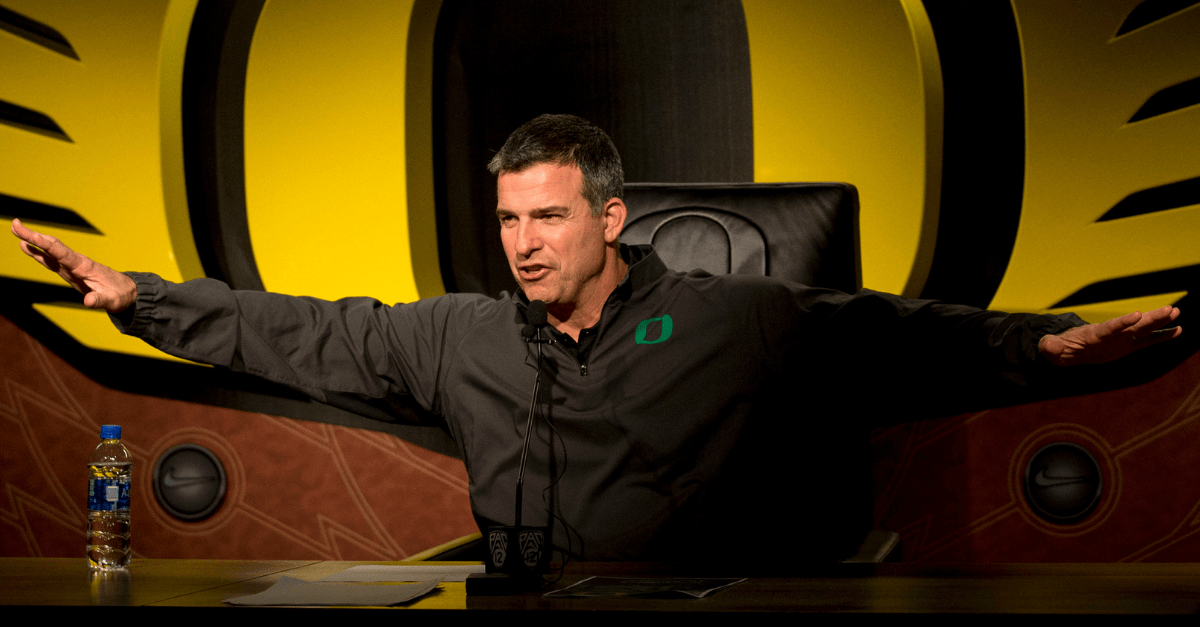 After a disappointing season where the Miami (FL) Hurricanes finished the season 7-6 and the offense took a huge step backwards, head coach Mark Richt decided to retire.

Richt ends his tenure at Miami after three seasons with a record of 26-13, but did move the program forward with the Hurricanes’ first bowl win in a decade, their first appearance in the ACC Championship, and beating Florida State twice after losing seven in a row.

Frustration came when the offense, which was being called by Richt, was struggling to keep up with an elite defense over the past two seasons. When it seemed like he would have to give up play-calling to an offensive coordinator, he decided to step away.

In the three seasons since hiring the former Hurricanes quarterback, Miami is in much better shape as a program. But did athletic director Blake James make the right decision hiring Manny Diaz, the Canes’ defensive coordinator in 2018 who was recently hired by the Temple Owls?

There were a lot of names to immediately surface as options, but who are the names the Hurricanes should have called before hiring Diaz? Many of these top coaches have connections to Miami; some as former coaches, some as former players, and some are both.

Filed to CBS Sports: Until further notice, Miami is Mario Cristobal's to turn down. Complicating matters: He absolutely loves Oregon, it's easier to win at Oregon (no Clemson in the league) but Miami is a better job.

He might have been tough to pull away from Oregon after his talented quarterback decide to return for his senior season, but he was a Hurricane and began his coaching career at his alma mater.

There may not be a coach out there who would have more of a connection to South Florida than Cristobal. He has had success coaching and recruiting in the area while coaching the Canes, Florida International, and at schools outside of the area. He also coached underneath Nick Saban, which helps in being a better coach.

The toughest part of trying to get Cristobal was he may not have seen Miami as an improvement over his current job at Oregon. Another issue would be the willingness to pay the $10 million buyout he has with the Ducks.

If I’m Miami, I’m taking a good look at Butch Davis (FIU) when I start to evaluate some potential replacements for Mark Richt. He built The U into a super power two decades ago and I think he can do it again.

The only potential candidate that had experience as the head coach of the Miami Hurricanes, Davis coached the program through probation in the 1990’s and built it up to be one of the best college football teams of all time in 2001. He also should have probably won a national championship in his final season in 2000, when the Canes were snubbed by the BCS for a spot in the title game.

Davis doesn’t just have success in Miami, though. After his time in the NFL, he took a job with North Carolina and turned that program around before being fired due to an NCAA investigation. He has done pretty well at Florida International as well with a 17-9 record, including two bowl game appearances in his two seasons leading the program.

An issue with Davis as a candidate is he is much older than other options. Both Diaz and Cristobal could have been a better long-term option, while Davis is currently 67 years old. He began this season as the sixth oldest head coach in the nation, but would be the fifth next season with Bill Snyder stepping down at Kansas State.

Here's a fact. Before Golden was hired, Mike Leach actively lobbied for the job. UM's then AD had no balls, didn't give him more than a cursory interview. WSU hired him and he's done nothing but win with mediocre recruits. Last WSU HC we hired won 2 championships. #JustSayin

Leach wanted to be in Miami. James wouldn’t give him the chance. No coach would have provided the immediate fix to the offense like Leach would.

Leach’s offense this season at Washington State averaged 37.3 points per game, almost nine points more than the Hurricanes. He may not have had the same experience recruiting in Florida like others may, but he has shown he can do a lot with lower-level recruiting, so talent from Miami could have made his offense that much better.

I am not wavering from my original choice Lane kiffin simple as that and I know he's going to bring Jalen Hurts and surprised Ed Reed is the defensive back coach. Instant offense this is a no-brainer

Kiffin is a lot like Leach in that he brings a high-powered offense but also is a bit of a character. He does have experience recruiting in Florida and had the 13th-ranked offense in the country at Florida Atlantic.

Like Cristobal, he was a coordinator under Saban. So if he learned anything from him, it would only help the program he is at.