The 2021 college football season was a bust for the Oregon Ducks. It was a season that saw them get knocked out of the top-four twice, missing out on the College Football Playoff, foiled by Utah twice, and eventually capping off the season with a loss to Oklahoma in the Alamo Bowl. All after a promising start with a Week 2 takedown of Ohio State in Columbus, too. However, defensive end Kayvon Thibodeaux did go in the first round of the 2022 NFL Draft, so that's a win, right?

The 2022 Oregon football campaign offers hope for the Ducks and redemption for 2021's failures. With first-year head coach Dan Lanning getting things underway, a stout defense and fresh quarterback look to get things rockin' in Eugene. Here are five Oregon football players we think will help get the Ducks back in the playoff picture. 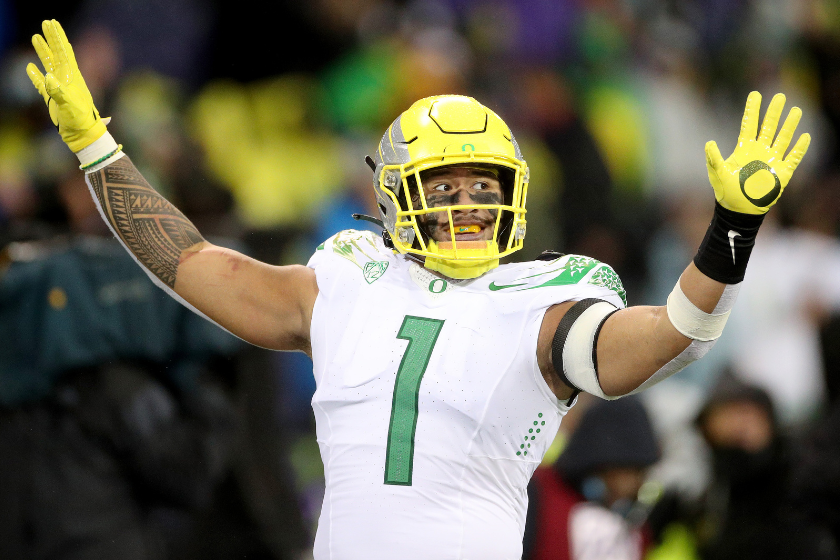 Noah Sewell enters 2022 as one of the best linebackers in the country and a projected Day 1 pick in the 2023 NFL Draft. The former five-star recruit is tough, athletic and great at reading offensive packages. At 6-foot-3, 250-pounds, he had 114 tackles, four sacks, 8.5 for a loss, two forced fumbles, five broken-up passes, and 1 interception on his way to First Team All-Pac-12 honors last season. He will be the star of the Oregon defense this season. 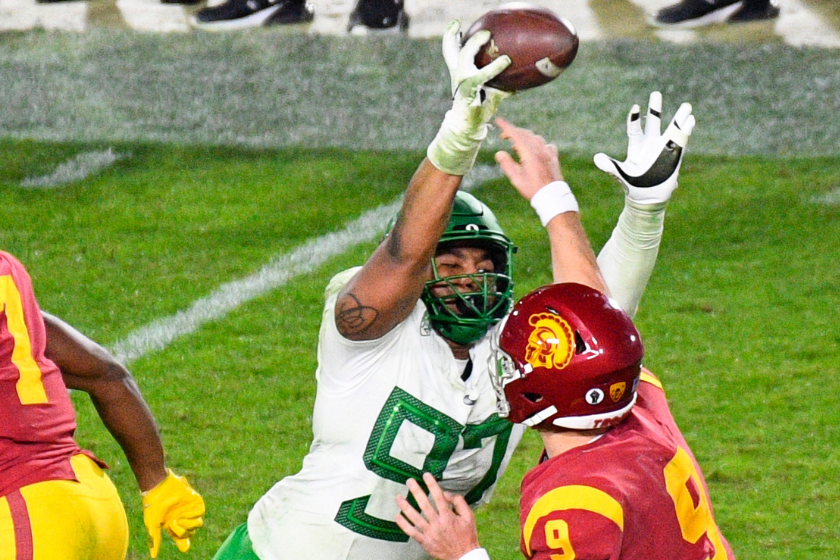 Keeping with the defense, Brandon Dorlus is a name the nation will know soon enough. Ducks fans have known about him for a while. Last year the 6-foot-3, 284-pound sophomore had 44 tackles, 4.5 sacks, 11 tackles for a loss, and 3 broken-up passes. Like Sewell, he was First Team All-Pac-12. Dorlus has the athletic ability and versatility to play as a tackle or as an end. We think he may see time as an end in a three-down front. No matter where he plays, keep an eye on him, Brandon Dorlus is going to be a big-time playmaker for the Ducks in 2022. 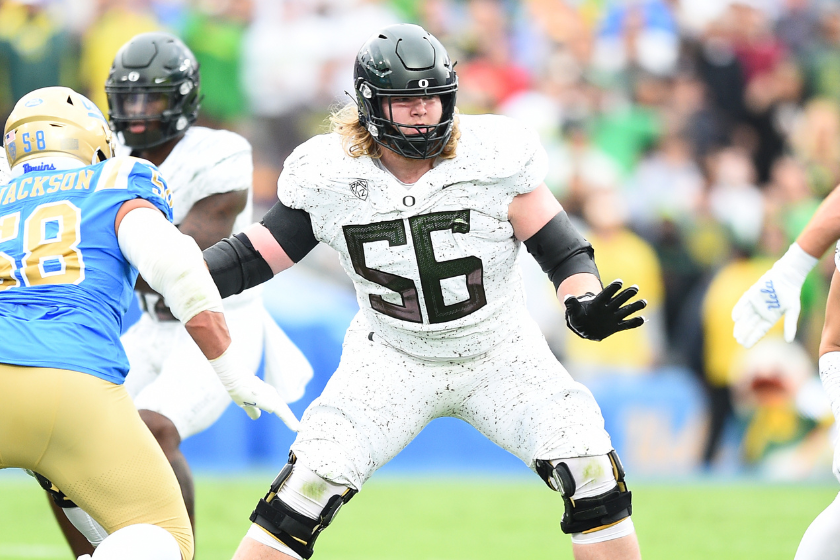 T.J. Bass saw time at left tackle and left guard for Oregon. He lined up at guard in the spring game, but he's been alternating amongst the line in fall camp. There is no telling where he will play when the season starts, but as someone who saw the most starts of any offensive lineman last season, he'll be out there quite often. If he lines up at left guard, Bass will be in charge of protecting quarterback Bo Nix's blindside and making space for Oregon's lead running back, whoever that ends up being -- an important job if Nix is going to make his transfer to Oregon worth it after leaving Auburn. For Oregon, it's good to have options with T.J. Bass. The 6-foot-5, 318-pound First Team All-Pac-12 has the versatility at either position. Look for a big year out of him. 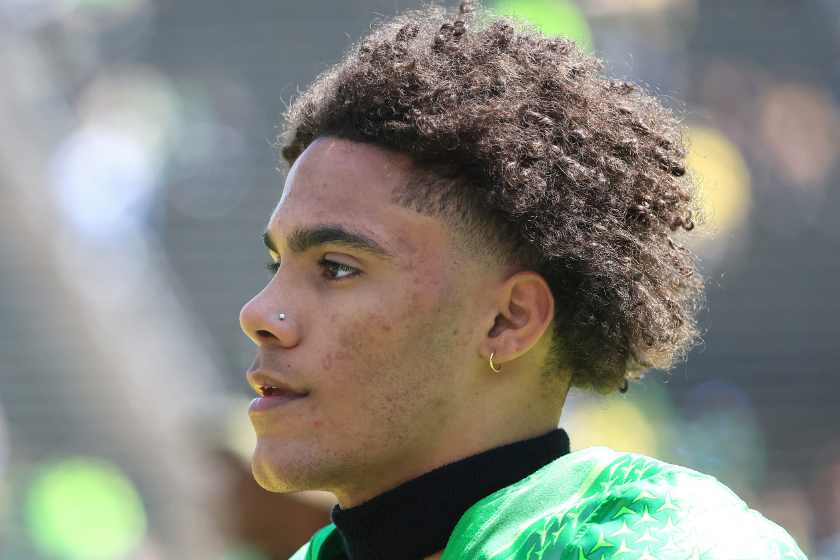 Oregon lost both starters at cornerback from 2021. The group that replaces them is young and hungry and led by Christian Gonzalez. The former Colorado wideout transferred to Oregon following his Colorado cornerbacks coach Demetrice Martin, who joined Lanning's staff this year. In two seasons at Colorado Christian, Gonzalez had 78 tackles, 10 broken-up passes, and 5 tackles for a loss. 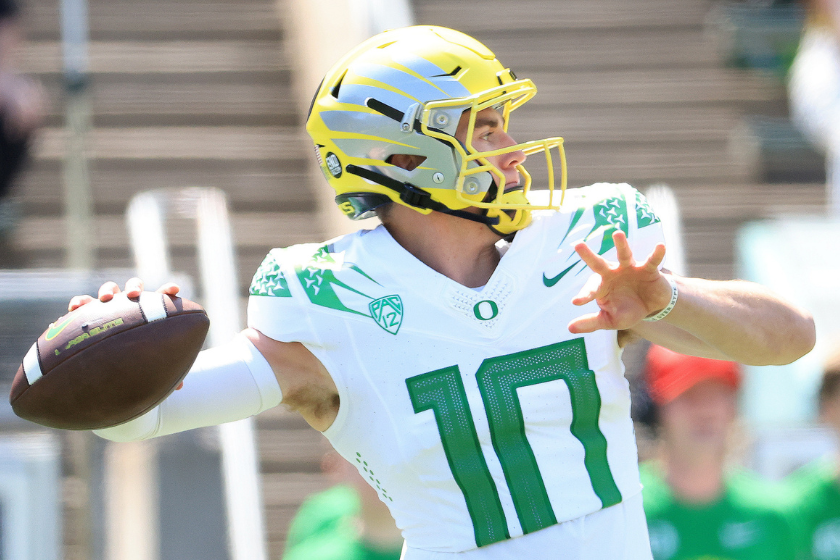 A three-year starter at Auburn, Bo Nix left his school, the SEC, and his home state of Alabama to move 2,616 miles across the country to the crisp mountain air of Eugene for a fresh start. There seemed to be a disconnect with the coaching staff at Auburn. In that, the coaching staff kept changing. If Nix had stayed at Auburn this season, he would have been playing under his fourth offensive coordinator in as many seasons.

Bo will be reunited with one of those former coordinators in Kenny Dillingham, who helped Bo become SEC Freshman of the Year in 2019. Who did Nix to start that SEC Freshman of the Year campaign three years ago? None other than his current school. With the right coaches and the right fit, we think you'll see great things from the former Tiger, who is third in all-time passing yards in program history, tied for sixth in touchdowns and also a recent Auburn grad. So he beat Oregon with Auburn, transfers to Oregon as an Auburn grad, and will travel back down to the SEC to take on defending national champions and former foe, Georgia, in Week 1. A big year is starting off so, so big for Bo Nix.