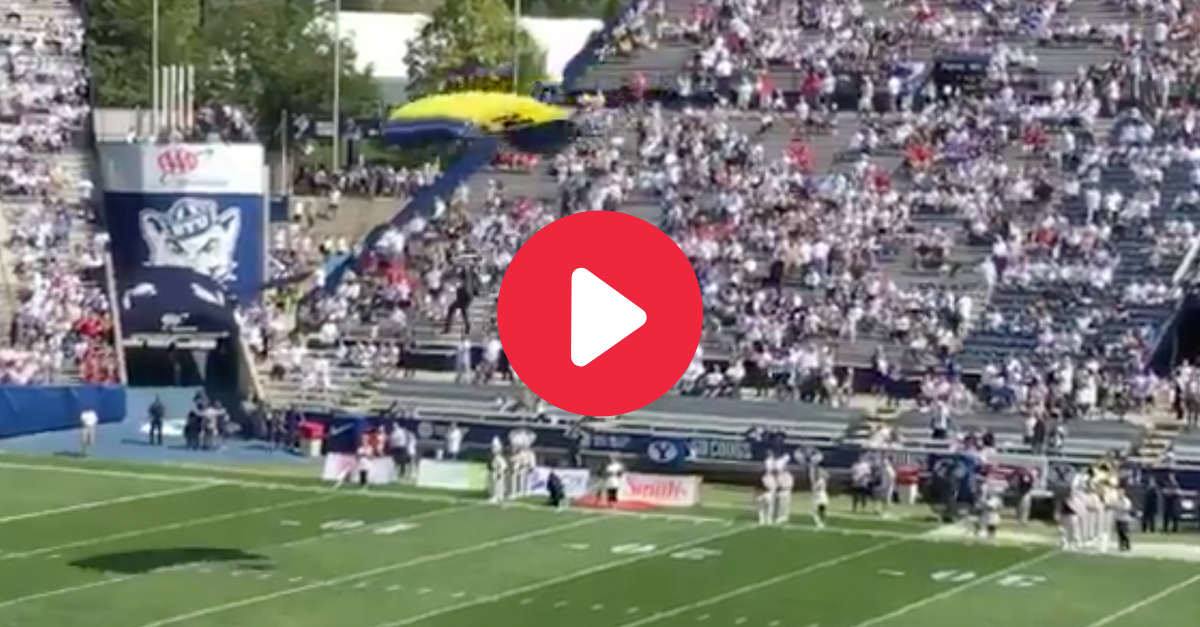 It’s a college football highlight that should be remembered for the rest of time — or at least the rest of internet time — and no, it doesn’t even involve a football player.

In the lead-up to BYU’s big clash against No. 10 Wisconsin in 2017, the home team tried to get the home crowd pumped up by using an aerial military entrance, which is by far one of the coolest ways to kick off a contest.

Parachuter one made his entrance, smoothly floating over down into LaVell Edwards Stadium and gliding right between the seams as if running the world’s most beautiful go route.

Then the group of flying men hit a wall…literally.

Parachuter Crashes Into Wall Before Game

Parachuter two was right behind, but it seemed from the get-go that he was a bit higher than his counterpart. Apparently, he was too high and too fast, because what happened next came very close to disaster:

RELATED: Randy Moss? Hurdling 90-Yard TD in College Proved He Was Unstoppable
To make matters worse, at least from an entertainment perspective, parachuter three also muffed his landing, falling straight on his face before making a valiant comeback.
We joke, because for all intents and purposes everybody is okay, and yes, this is going to be an awesome “fail” GIF to use in the future. But seriously, this could have been bad.
It wasn’t, though, so don’t feel bad if you laughed. I sure did.
This post was originally published on September 16, 2017.