The Most Electrifying Kick Returner in NFL History Weighed 313 Pounds 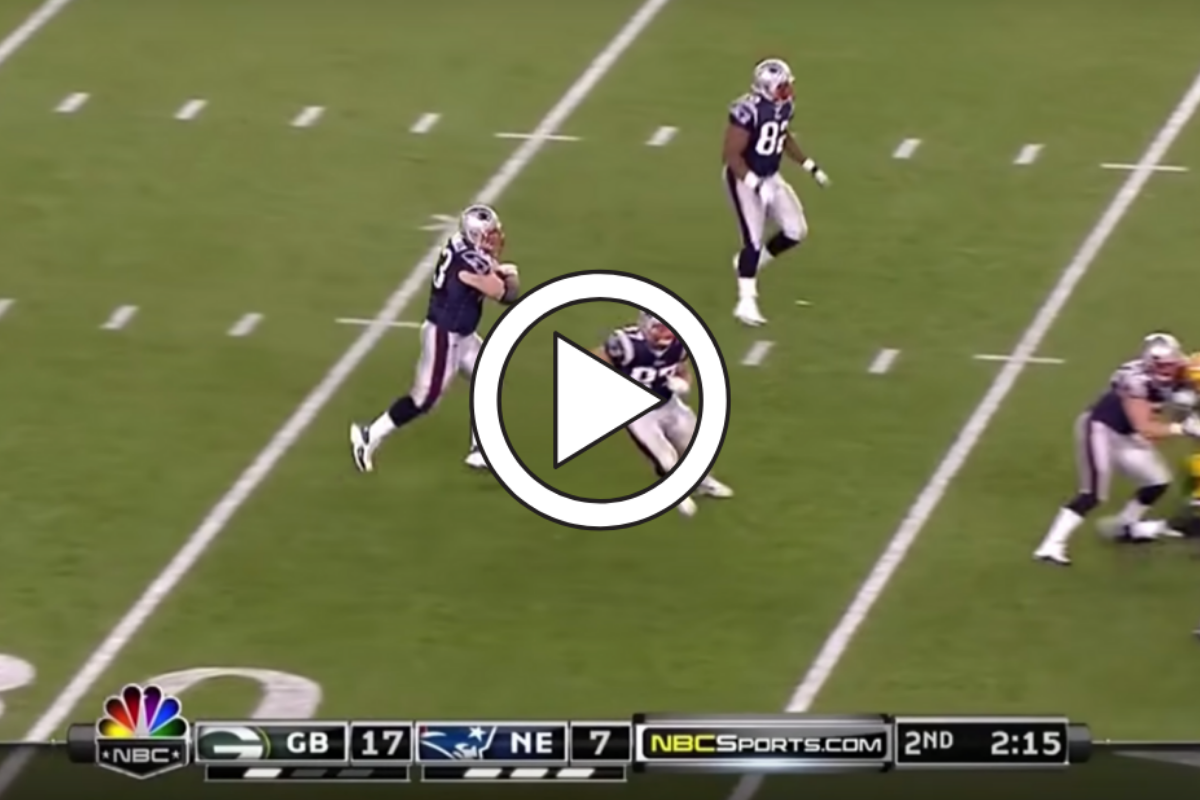 Ah, the fat guy touchdown. No disrespect to wild trick plays, but no single play in football is more exciting than watching 300 pounds rumble into the end zone. Popularized by NFL legends like William “Refrigerator” Perry, lining a massive man up in the backfield and giving him a short handoff is nearly impossible to defend.

But what happens when 313 pounds get going in the open field? Pure magic that stands the test of time.

On December 19, 2010, the New England Patriots put their 6-0 home record at Gillette Stadium on the line against the Green Bay Packers. It was Matt Flynn versus Tom Brady — Aaron Rodgers missed this contest with a concussion — as the sports world locked in for a “Sunday Night Football” matchup late in the season in Foxborough.

Trailing 17-7 in the second quarter, the Patriots needed a spark. Hoping to avoid kickoff returner Brandon Tate, Packers kicker Mason Crosby rolled a squib kick down around the 25-yard line.

That’s where veteran offensive lineman Dan Connolly took matters into his own hands.

Feast your eyes on the longest kickoff return by an offensive lineman in NFL history, breaking a record set by Atlanta’s Mal Snider in 1969.

"The right guard! THE RIGHT GUARD!"

Connolly, who started 13 games at right guard during the 2010 season, left that game with a concussion, but his legacy was sealed. This incredible feat earned him praise all over the league, including being named AFC Special Teams Player of the Week.

“I’ve never seen anything happen so slow in my life,” Brady said after the game. “They won’t be kicking to him anymore, I’ll tell you that.”

Brady’s prediction was right. NFL teams quivered at the sight of No. 63 back deep, and Connolly never logged another kick return in his NFL career. He retired with four career returns totaling 106 yards.

No better #TBT on the day Dan Connolly retires than his 71-yard kickoff return, an NFL-record for an o-lineman. pic.twitter.com/2KI9nntPya

RELATED: Patriots Fans Fight Each Other After Rare Home Loss

Packers safety Charlie Peprah — the first failed tackler on Connolly — said after the game: “I tried to go for the ball thinking he was a big man without ball skills. I should have just made the tackle.”

Brady parlayed Connolly’s 71-yard kickoff return into a 2-yard touchdown pass to tight end Aaron Hernandez that cut Green Bay’s lead before halftime. The Patriots won the game, 31-27, but Green Bay ultimately had the last laugh as they’d go on to defeat the Pittsburgh Steelers and win Super Bowl XLV that season.

Connolly first signed with the Jacksonville Jaguars as an undrafted free agent despite being a four-time All-Ohio Valley Conference selection in college football at Southeast Missouri State. After three seasons with the Jags, Connolly joined the Patriots in 2008. He’d appear in 84 games and make 71 starts for New England at both guard and center during his six-year tenure.

He retired on top after winning Super Bowl XLIV over the Seattle Seahawks.

Connolly never reached the Pro Bowl like many other Patriots during the franchise’s modern dynasty, but his crowning achievement outshines them all anyways.

This article was originally published December 19, 2019.