Uh Oh! This Porcupine Thinks an Orange Bowl Team is in Big Trouble 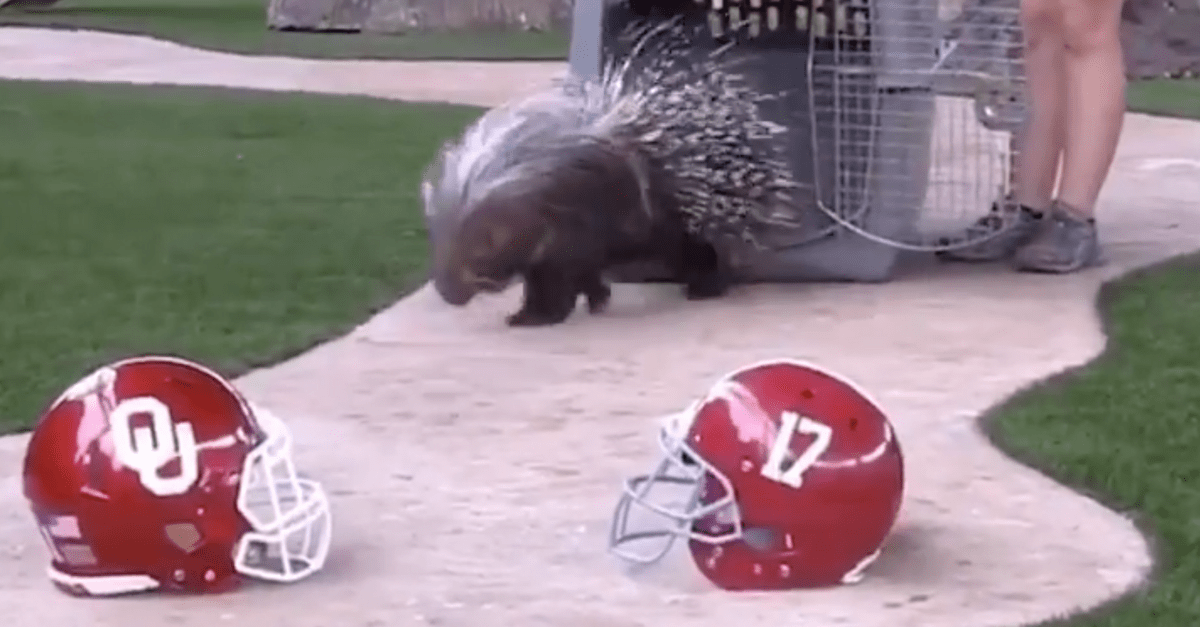 In less than three weeks, all of this will be settled on the gridiron. The 2018 Capital One Orange Bowl stage is set for the No. 1 Alabama Crimson Tide against the No. 4 Oklahoma Sooners on December 29, with the winner advancing to the College Football Playoff national championship game. Until then, the college football world will just have to rely on the hype to pass the time.

In Miami, where the big CFP semifinal game will be, that is already underway. Forget the expert analysis on the television or radio. It?s time to focus on Pierce the African Crested Porcupine from Zoo Miami.

Much like Groundhog Day, when the rest of the winter season rests on the shadow of Punxsutawney Phil, good ol? Pierce was released from basically a dog kennel and he had a bowl of food next to each crimson helmet. He only could choose one, and he elected the Sooners food was a much better option.

RELATED: 5 Reasons Why the CFP Committee Did the Right Thing Picking OU

Man, this really hasn?t been a very great week for the Crimson Tide and head coach Nick Saban.

But it?s not just the fact the spiked animal chose Boomer Sooner over Dixieland Delight. Pierce did a pretty fast trot straight there.

Is Alabama, the king of the SEC, really in big trouble when it takes the field for the College Football Playoff semifinal game at Hard Rock Stadium in Miami Gardens, Florida? Probably not, but don?t you dare tell that Pierce the African Crested Porcupine. He?s huge and looks pretty dangerous to fight, obviously.

The winner of Alabama and Oklahoma will take on the winner of Clemson and Notre Dame in the other CFP semifinal matchup for the right to hoist the national championship trophy on January 7 inside Levi?s Stadium in Santa Clara, California.

According to Pierce, we already know one team that will be there.