The 5 Biggest Takeaways From the Lopsided 2018 Iron Bowl 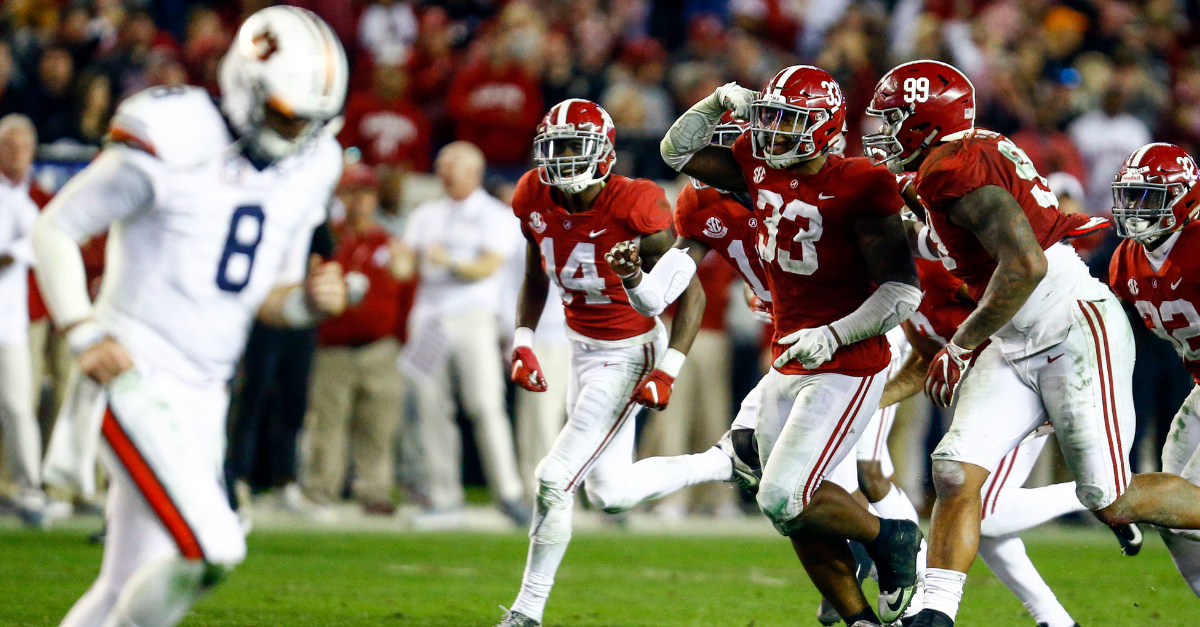 Throughout its storied history as the best rivalry in college football, the Iron Bowl has been home to some unforgettable moments and special wins for both the Alabama Crimson Tide and Auburn Tigers.

Now that the 2018 edition of the Iron Bowl is over, with Alabama winning 52-21 at Bryant-Denny Stadium, here are the five biggest takeaways from the game last weekend:

1. Auburn Needs to Improve Its Offense

The one glaring thing throughout this whole game was how inept the Tigers looked on offense at times. The only time the Alabama defense was caught off guard is when Auburn used trick plays. Other than that, the offense did very little. Even when Jarrett Stidham had time to throw, balls were dropped. It’s time for Gus Malzahn to think about making some changes on offense.

Tua Tagovailoa had an Iron Bowl performance for the ages. pic.twitter.com/HuBsuNuSdm

If anyone doubted how good Tua Tagovalioa is, he made a believer out of them Saturday. Coming into this game, some commentators thought that Oklahoma quarterback Kyler Murray may have taken the lead in the Heisman race over Tagovalioa with his performance against West Virginia, but then Tagovalioa put on a show in the second half, scoring four touchdowns to give him six total scores, which pretty much sealed the Heisman Trophy for him.

Tua Tagovailoa is the SEC Co-Offensive Player of the Week after Alabama's win over Auburn.

Tagovailoa accounted for 350 yards of total offense and a school-record six touchdowns while completing 78.1 percent (25-of-32) of his passes.

The Auburn defense played well in the first half, holding the Crimson Tide to just 17 points, but then the flood gates opened and it was all over for the Tigers. The Alabama passing game put up over 400 yards on Auburn, which might come as a surprise to some. Coming into this game, Auburn was in the top-10 in scoring defense, so they aren?t chumps, but there are certainly things that need to be fixed if they are to compete for the SEC title next year.

4. Alabama’s Defense Still Has Things to Work On

Although they only gave up 21 points, there were some noticeable problems with the Alabama defense, primarily in stopping the run early, which, at times, was effective for Auburn. That could be a problem against Georgia, which has a better running game than the Tigers, in the SEC Championship game.

I asked Gus Malzahn after the loss in the #IronBowl how they went from national title contenders to a 7-5 season. Here's what Malzahn had to say. #WarEagle pic.twitter.com/EoWZdRRUt6

After Auburn blocked a punt to cut the lead to 17-14, Alabama went three-and-out to give the Tigers the ball back just before the half. But instead of taking advantage of the situation, Malzahn decided to sit on the ball and go into the half satisfied instead of trying to take the lead and momentum. Maybe it would have mattered, maybe it didn?t, but we will never know. Malzahn played not to lose rather than to win.