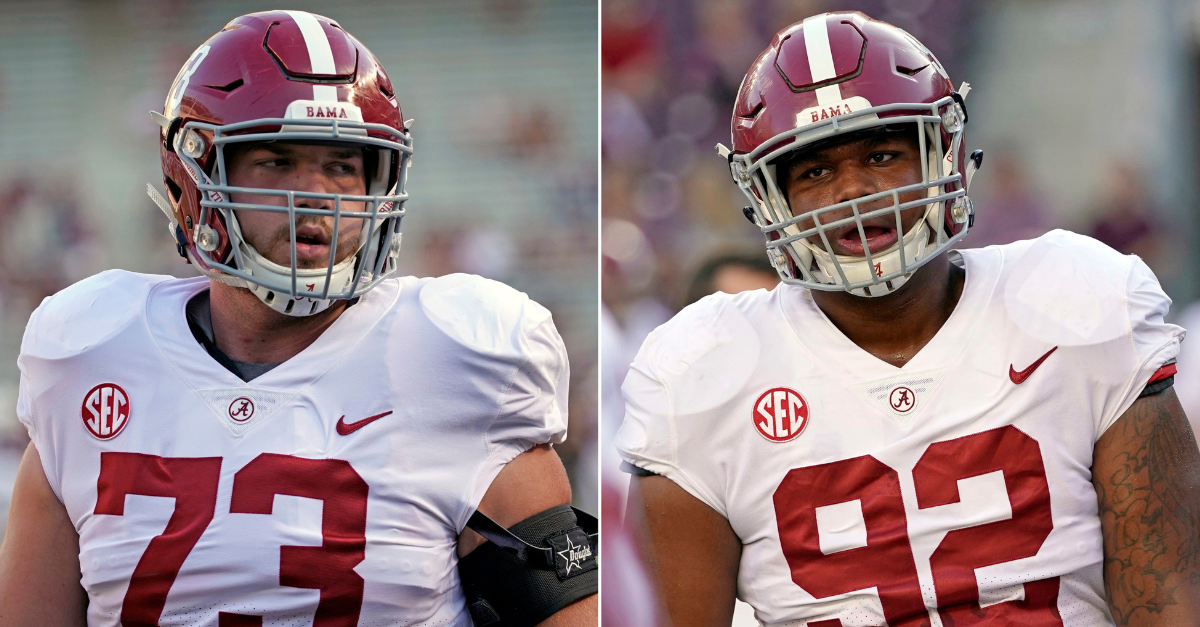 The 2019 NFL Draft is just hours away and, as usual, the Alabama Crimson Tide are projected to have multiple first-round picks on Thursday in Nashville, Tennessee.

Since 2009, the early years of the Nick Saban Era in Tuscaloosa, the Tide has produced 22 first-round draft choices. Players like wide receiver Julio Jones, running back Mark Ingram, and linebacker Dont’a Hightower have all had successful NFL careers.

There are a few players who went early that haven’t panned out like many thought, but, for the most part, Alabama players taken in the first round have been very successful at the next level, and the three Crimson Tide players projected to hear their name called on the first night this year are no exception to the rule.

Family is what got me here today, and I'm not going to stop leading by example for the people closest to me… I had a blast bringing @hyundaiusa to Birmingham, Alabama, to see where my story began. #Hyundai https://t.co/TpcsQHIUeB

One particular player who might be the first-overall pick is defensive tackle Quinnen Williams. The 6-foot-4, 295-pounded has not only been impressive on the the field, but off of it as well. A lot of NFL scouts have taken notice and some even feel he could be the No. 1 pick. The question is which team would take him?

According to NFL analyst Peter King, if Williams drops to No. 4, head coach Jon Gruden and the Oakland Raiders will probably take him.

However, don’t be shocked if the Arizona Cardinals take him No. 1 overall. The Cardinals, who many thought would take Oklahoma quarterback Kyler Murray, are rumored to be looking at Williams now, too.

“From what I’ve been told, it will either be Quinnen Williams or Nick Bosa, and I think [the Cardinals] are leaning more toward Nick Bosa.” – Pete @PriscoCBS on who Arizona is currently eyeing with the No. 1 pick #NFLDraft pic.twitter.com/02DwO6bRr1

The next Alabama player projected in the first round is running back Josh Jacobs. His durability and toughness has a lot of teams drooling. King has Jacobs as his best running back in the draft and thinks he can either go to the Philadelphia Eagles, Oakland Raiders or Indianapolis Colts.

Went from living in his car to being the top RB prospect in the @NFLDraft.

National Champ
2x SEC Champ.
SEC Championship game MVP.@AlabamaFTBL RB @iAM_JoshJacobs shares his story and tells us how the adversity he faced has helped him as a football player. pic.twitter.com/F9vhNPVeen

Don’t be shocked if the Denver Broncos are in play for Jacobs, too. King believes Jacobs will be taken near the end of the first round. However, I wouldn’t be surprised if someone snatches him up before then.

The last player projected to go in the first round for Alabama is offensive tackle Jonah Williams. Some think that Williams could go as high as No. 9 overall to the Buffalo Bills or go as low as No. 15. Either way, the 6-foot-4, 300-pounder won’t be on the board too long.

"It’s a football city. They love their football up there, love their team."#Alabama OT Jonah Williams says it 'would be awesome' to join #Bills. https://t.co/ycVQQHZCy3 #BillsMafia

Although these are the three players projected to go in the first round from Alabama, if history is any indicator, there could be more, which just means more positive news for Nick Saban and the Crimson Tide football program.