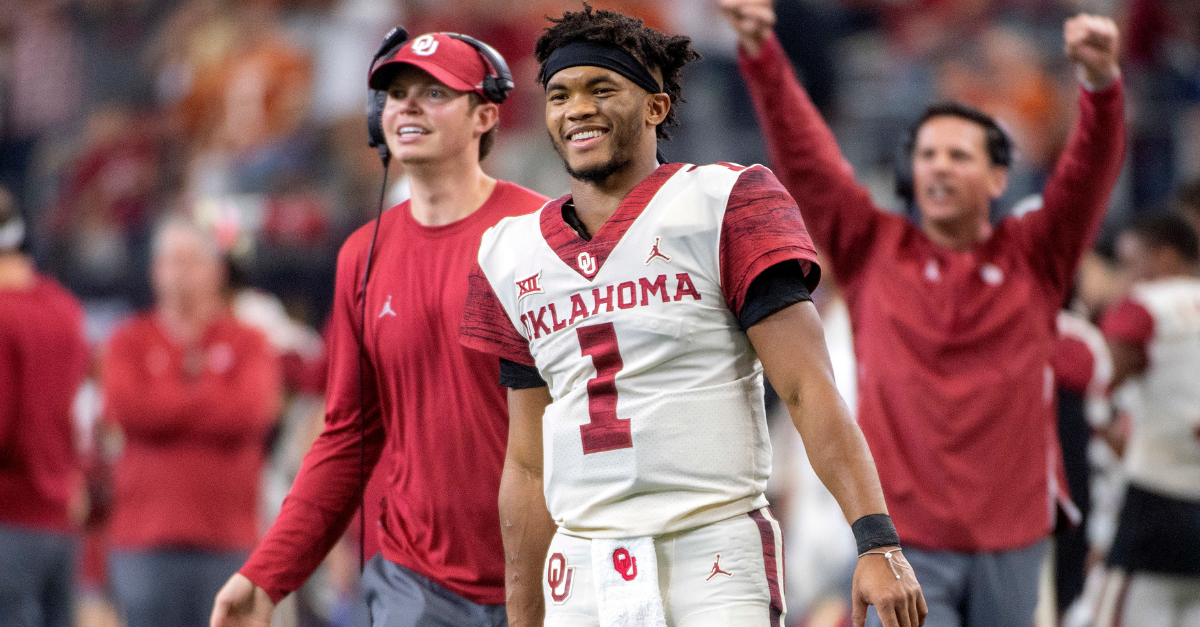 If you’re unfamiliar, each NFL Draft prospect is evaluated by every metric imaginable at the NFL Combine before turning to pro football. There’s one test, however, that means a little bit more than just having a blazing fast 40-yard dash. That’s the Wonderlic Test, which is a 50 question exam that lasts only 12 minutes.

The idea behind the test is to determine how fast people make the right decision. When it comes to football, this test evaluates the cognitive ability and problem solving of offensive linemen and quarterbacks in particular. Not only did the potential No. 1 overall pick in the 2019 NFL Draft score below average on his Wonderlic Test, former Oklahoma Sooners quarterback Kyler Murray posted the worst score of any quarterback in this year’s draft class.

The scores from 2019 NFL Draft prospects leaked onto a message board after appearing on Bob McGinn’s website. The message board says that McGinn, a longtime Green Bay Packers beat writer for the Wisconsin Journal-Sentinel, receives draft grades and test scores from an “unnamed scout” every year.

Here are the leaked Wonderlic Test scores (the max being a perfect 50) from the quarterbacks in the upcoming NFL Draft:

For what it’s worth, running backs average the lowest of any position with a score of 16.

Now, let’s be clear about this: The Wonderlic Test does not account for on-field success. Harvard grad Ryan Fitzpatrick scored a 48 out of 50, yet he’s been nothing more than a journeyman QB. At the other end of the spectrum, quarterbacks Jeff George (10) and Vince Young (6) were drafted first overall and third overall, respectively, despite horrible test scores and never found long-term success in the NFL.

Kyler Murray posting a 20 on an IQ Test isn’t the end of the world. Former Buffalo Bills quarterback Jim Kelly scored a 15, and he’s in the Pro Football Hall of Fame.

Then again, CBS Sports’ Pete Prisco reported that the Arizona Cardinals are no longer planning on drafting the 2018 Heisman Trophy winner first overall. Could Murray’s poor pre-draft evaluations and NFL Scouting Combine performance cause him to slide?

Think you can beat them? Take your own sample Wonderlic test right here!https://t.co/okbG64mfgL pic.twitter.com/7jA74D48OQ

You can take the exam right here and see if you’re smarter than the average NFL player.

READ MORE: Jon Gruden’s 2019 NFL Draft is Setting Up to Be a Complete Dumpster Fire