338 Players Are Invited to NFL Combine, But Only 1 Name Matters 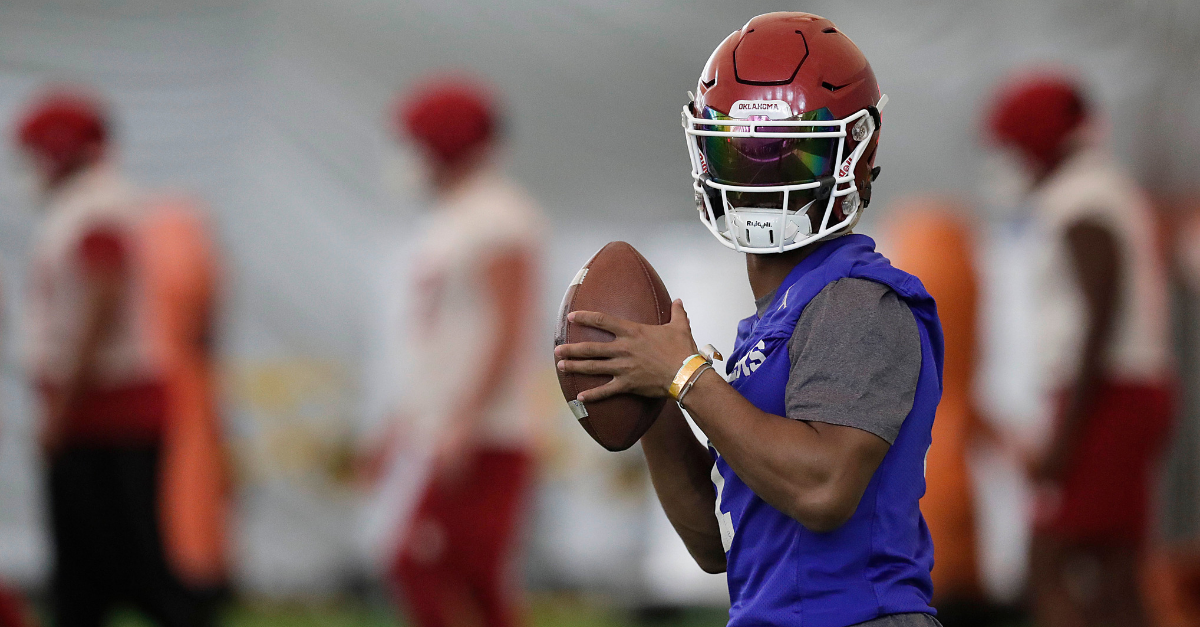 The Super Bowl just ended and football season is still months away, but here we are talking about it in February. Isn’t it great? With the 2019 NFL Draft creeping closer, the league announced the names of all draft-eligible college football players who have received invites to the NFL Scouting Combine, which takes place between February 26 and March 4. The annual showcase includes 11 players from both Alabama and Clemson, and it even has one player from tiny Malone University. (Yeah, it exists.)

While 338 players were invited by the NFL this year, only one is most important with the combine just weeks away. That’s former Oklahoma quarterback Kyler Murray, and now that he’s officially been invited, the clock is ticking if it’ll be baseball or football for the two-sport superstar.

According to ESPN’s Adam Schefter, Murray has decided to accept the invitation and will participate in the NFL Combine.

Now, if Murray is going through the trouble to attend quarterback workouts in Indianapolis at the end of March, that can only mean he’s going to participate in the entire pre-draft process that includes private workouts and individual team meetings leading up to the NFL Draft on April 25.

If Murray’s doing all that, there’s little wiggle room to fit professional baseball in there.

The Oakland Athletics selected Murray with the ninth-overall pick in the 2018 MLB Draft and paid him a $4.66 million signing bonus. To keep that money, the speedy outfield prospect agreed to play one season of college football and report to spring training on February 15 to start his baseball career. With the reigning Heisman Trophy winner apparently opting to workout for NFL teams, it’s unclear without hearing from the quiet quarterback what he’s going to do.

Kyler Murray is not acing this. pic.twitter.com/FrdhxXgwyF

RELATED: Kyler Murray’s Offensive Tweets Prove Any Moment Can (And Will) Be Spoiled

The former Oklahoma quarterback and centerfielder has the talent to play both sports, but certainly not the time. Even the best two-sport athletes of the past haven’t even been able to do it full-time. Bo Jackson would play his entire MLB season with Kansas City Royals before joining the Raiders mid-way through the year. Deion Sanders played football full-time, but his baseball contracts ended in July prior to NFL training camps.

For Kyler Murray, being an NFL quarterback is all or nothing. There’d be no time for Major League Baseball.

If Murray does decide on football, chances are very high he’ll become the first player ever selected as a first-round pick in two professional American sports. For some kids, being good at one sport is hard enough. The Allen, Texas native is no stranger to being a high-profile athlete, but even this is pressure like he’s never felt before.

The clock is ticking, and teams like the Miami Dolphins, Tampa Bay Buccaneers and even New England Patriots will be awaiting his final decision.