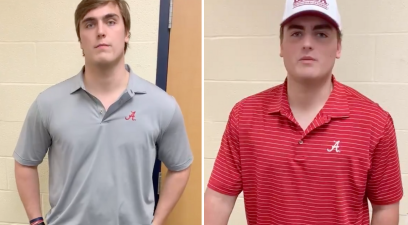 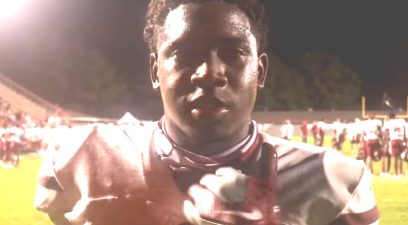 University of Alabama tight end Miller Forristall can already say he has one ring — a national championship one from the 2017 season — and soon he’ll be able to say he has another.

The Crimson Tide senior pass-catcher and blocker proposed to his girlfriend, Abby Lutzenkirchen, who happens to have some ties to a former Auburn tight end herself. Forristall grew accustomed to hauling in touchdown passes from Tua Tagovailoa and Mac Jones, but now he’s landed himself his biggest catch.

RELATED: Blake Barnett Was Once Alabama’s Starting QB, But Where is He Now?

Forristall popped the question on Alabama’s bye week after the two went on what appeared to be a hike. Abby, of course, said yes.

“Locked in for life. I love you, Miller Forristall!” she wrote on a video shared to social media.

Alabama players such as running back Najee Harris and Will Reichard sent their congratulations in the comments.

Who is Abby Lutzenkirchen?

The best time of the year #LakeSZN

I could not be more grateful for the opportunities this program has given me the last 4 years. To my teammates: thanks for being strong for me when I couldn't find strength myself and giving me laughs that will last a lifetime. I love you all more than you'll ever know! #RollTide

So, who is the future Abby Forristall?

Abby is a former Alabama athlete herself. She played soccer from 2012-15 and won Co-Southeastern Conference Scholar Athlete of the Year as a senior.

Alabama Crimson Tide fans may recognize her last name. Abby is the sister of the late Philip Lutzenkirchen, the former Auburn tight end who set records for the Tigers. Philip passed away in 2014 in a drunk driving car accident (he was the passenger).

“I lost my best friend. I don’t have Philip to text whenever I feel like bitching about something. He won’t be at my wedding, or the birth of my children. And you know what? That really sucks. That will never stop sucking,” Abby wrote in the Players’ Tribune back in 2015.

According to Abby’s LinkedIn, she earned a public relations degree from Alabama. She now works as a program associate for the Arthur M. Blank Family Foundation in the Atlanta Falcons organization.

For those that don’t know much about Miller Forristall, he’s the starting tight end for Alabama football. Back in his prep days at Cartersville High School in Georgia, he played quarterback before having to transition to tight end because a dude named Trevor Lawrence was just a tad better.

The three-star recruit chose head coach Nick Saban’s program over offers from schools like Georgia, Missouri, Mississippi State, Michigan, Florida Atlantic and Miami. His best season with the Tide came in 2019, when he caught four touchdowns. In six games during the 2020 season hampered by the coronavirus pandemic and COVID-19 outbreak, he’s hauled in 10 passes for 141 receiving yards and one touchdown.