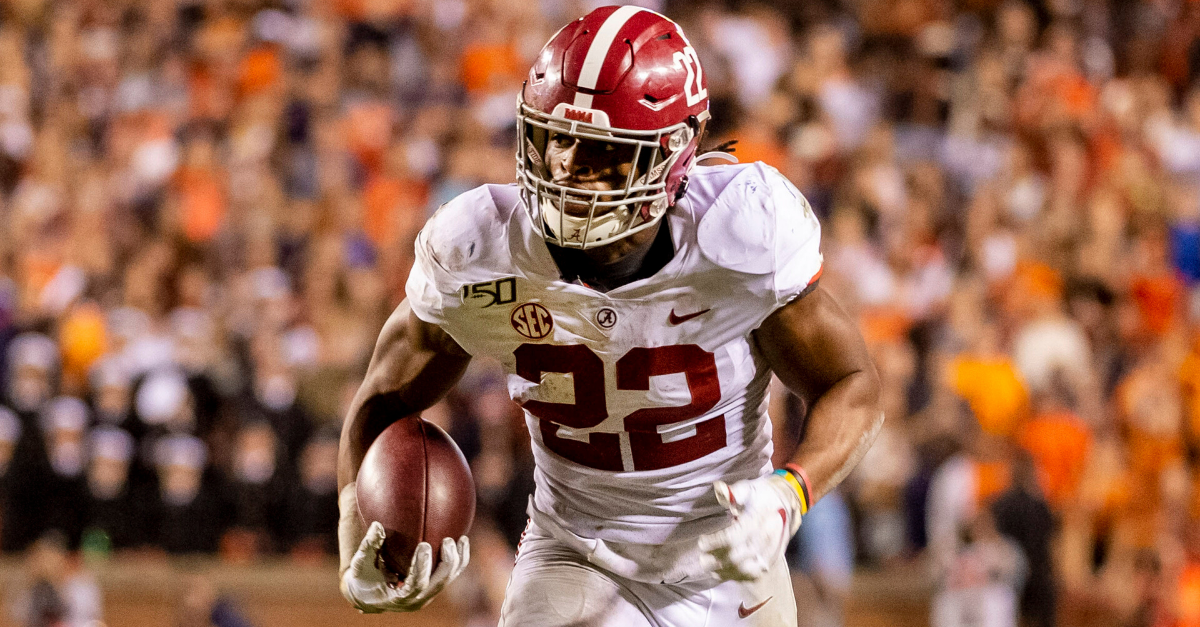 Each and every year, the Alabama Crimson Tide lose star players to the NFL Draft. That?s what happens when you build a dynasty like head coach Nick Saban has for over a decade. There are times when they come back to school, however, and people in Tuscaloosa should be jumping for joy at the latest news.

Sure, quarterback Tua Tagovailoa and wide receivers Jerry Jeudy and Henry Ruggs are gone, but Alabama junior running back Najee Harris appears to have some unfinished business.

The 6-foot-2, 230-pound back is returning for his senior season, according to BamaOnLine.

Najee Harris to return to #Alabama for his senior season, per a sourcehttps://t.co/mKPTR7ViaC pic.twitter.com/0gCMKn74ux

An Antioch, California native, Harris was certainly patient since joining the college football powerhouse as a consensus five-star recruit. He?s had to split carries with the likes of Damien Harris, Josh Jacobs, and Bo Scarborough his first two seasons before becoming the top option in the backfield during the 2019 season.

In 13 games, Harris carried the ball 209 times for 1,224 yards and 13 touchdowns. He also recorded 27 catches for 304 yards and seven more scores to earn Second-Team All-SEC honors.

Needless to say, he was a beast.

Although Alabama failed to make the College Football Playoff for the first time ever, Harris was sensational in some of the biggest games of the year. He racked up over 100 yards on the ground five times, including 146 yards against the LSU Tigers and Auburn Tigers.

Harris ended his junior campaign with 136 yards and two touchdowns against Michigan in the Citrus Bowl.

Add Brian Robinson to the backfield mix again, and the Crimson Tide will definitely be a force running the ball in 2020.

The 2020 NFL Draft definitely has some intriguing draft prospects, too. Wisconsin?s Jonathan Taylor and Georgia?s D?Andre Swift are both expected to become first-round draft picks, according to a CBS mock draft.

Harris probably would have been in that mix, but he?s returning to school and will undoubtedly be one of the best players to watch next season in an offense that also returns wide receiver DeVonta Smith.

MORE: Tua Tagovailoa On Track to Throw, Workout for Teams Before NFL Draft