Nick Saban’s Aflac Commercials Prove He Can Recruit Anyone 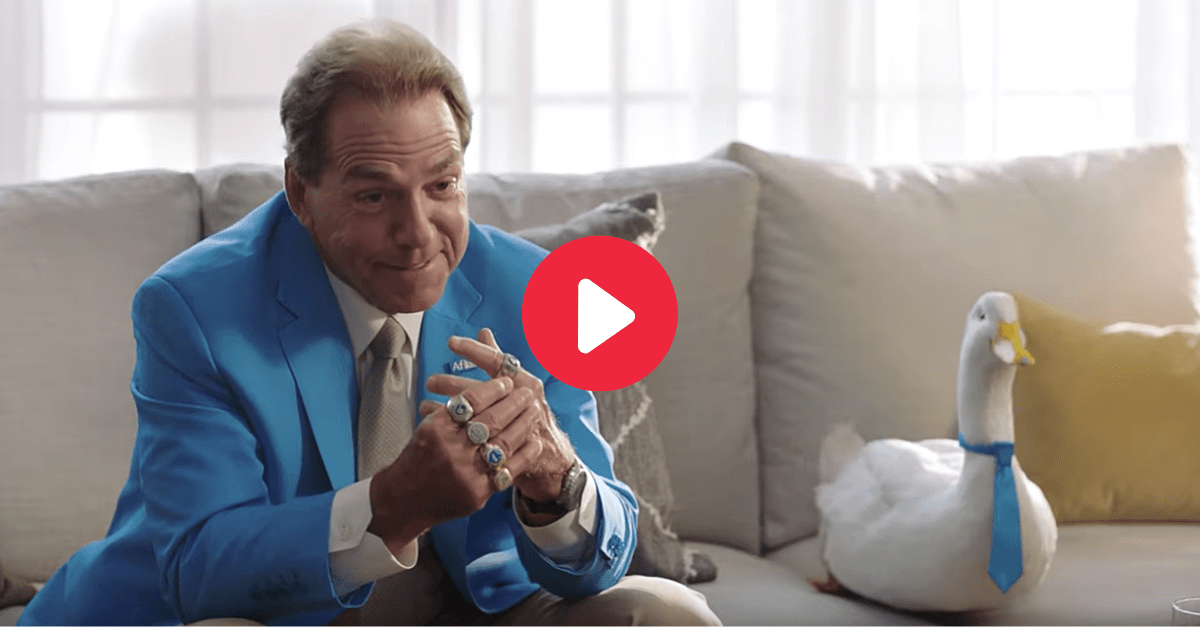 Alabama Crimson Tide head coach Nick Saban is a master recruiter. Year after year, Tuscaloosa welcomes the most elite and talented high school football players in America. Despite turning over assistant coaches like flapjacks, the six-time national championship winner is the main constant. The Alabama football brand is bigger than ever in the College Football Playoff era, and even it’s 68-year-old leader is capitalizing on that publicity.

Saban already has a net worth around $50 million, but he’s taking his talents into, of all places, the television business. Released back in August 2019 and debuting on television a few days later, the Aflac insurance company is showcasing college football’s top recruiter, as he tries recruiting a couple for their next insurance policy.

And yes, Saban sounds as convincing selling insurance in television commercials as he is selling the Crimson Tide to high school student-athletes and their parents.

Every good recruiting trip includes an in-house visit. Saban, wearing a blue blazer and joined by his head recruiter, the Aflac duck, Saban shows off his “Health Insurance National Championship Game” championship rings to sway this couple into joining his team.

As typically happens in real life, the Alabama coach finally lands his big-ticket recruits as the couple commits to the Aflac team. After the gentleman breaks down in his “thank you” speech on signing day, Saban’s grumpy side behind a microphone even makes an appearance while the Aflac ducks consoles their latest recruit.

Look, even though student-athletes aren’t able to make money off their likeness, there’s nothing wrong with Saban having some offseason fun and making a little extra cheddar on the side. This is great for his brand, and especially the University of Alabama football brand, as these spots will air all football season on SEC Network and ESPN to show the lighter side of the greatest football coach in college football.

Auburn, Florida, Georgia and LSU just need to take a step back and laugh at these television spots and admire what a decade of great Nick Saban teams can do for a program.

This article was originally published August 21, 2019.